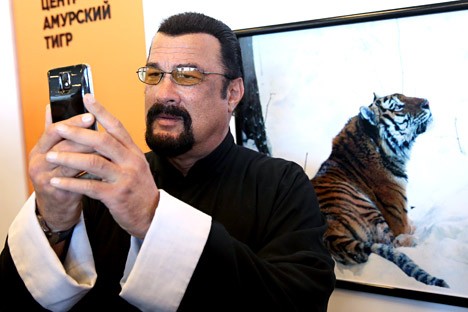 American actor Steven Seagal (C) takes a selfie an exhibition stand of the Amur Tiger Centre at the 2015 Eastern Economic Forum on Russky Island off Vladivostok, Russia on September 4, 2015

Artyom Korotayev/TASS
A number of international TV and film stars, from Pamela Anderson and Steven Seagal to Harrison Ford, have taken a special interest in the welfare of Russia’s endangered tigers and leopards

Baywatch star Pamela Anderson’s red float recently went under the hammer for 3 million rubles ($44,000) at a charity auction in Vladivostok. The funds will be used largely for the protection of Far Eastern leopards and tigers.

Also up for auction from Anderson is an autographed photo with a starting price of 50,000 rubles ($740). It has not yet been sold. 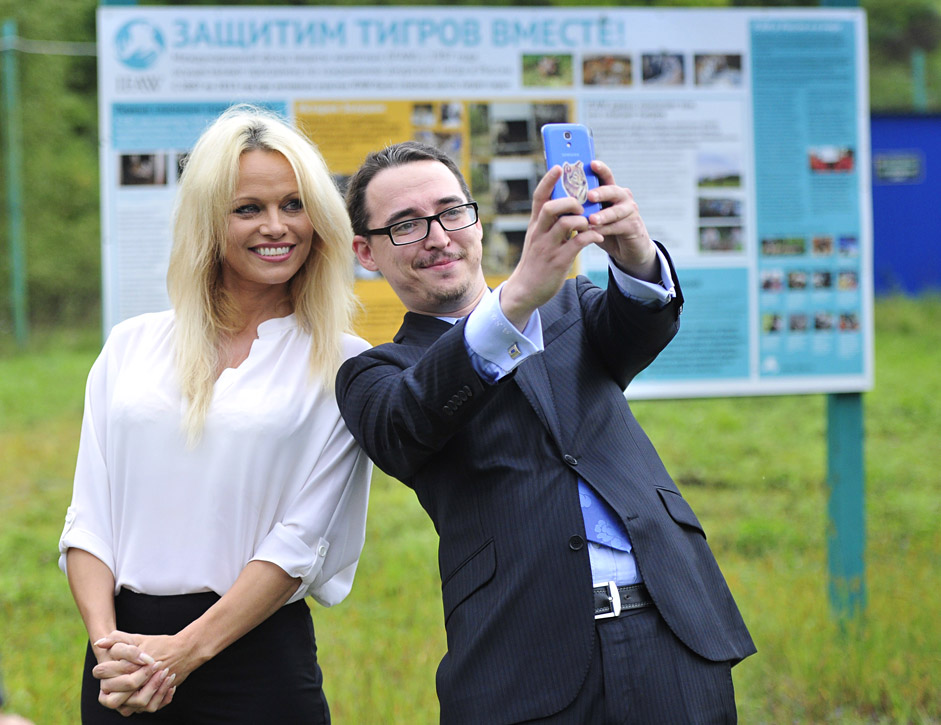 Pamela Anderson poses for a photograph with a man during her visit to a rehabilitation center for the animals affected by flood in Ussuriysk, Primorye Territory. Source: Yury Smituk/TASS

American actress and animal rights activist Anderson has long advocated for charitable purposes, including the protection of Indian dogs from killing. In Russia, she noted that “people here care about the preservation of animals.” Earlier, the actress visited a lion called Gray, rescued from a zoo in Ussuriysk.

In July, Anderson sent an open letter to Russian President Vladimir Putin in which she asked Russia to block the Northern Sea Route for a ship carrying 1.7 tons of fin whale meat, which was heading from Iceland to Japan. The government rejected the model’s request, citing the fact that Moscow had no legal grounds for the detention of the ship Winter Bay, because the whaling had not been conducted on the territory of Russia.

The actor said that he was going to help the animals after visiting an exhibition at the Land of the Leopard National Park in Russia’s Primorsky Territory, which monitors conservation and tries to increase the population of the endangered Amur leopard.

“I want to use my face and my name to help leopards,” said Seagal. Environmentalists told the actor that they have been able to increase the population of these cats from 20 to 70 individuals, but the actor said that this was not enough. He promised his personal assistance in preserving the rare predator.

The frontman of Russian pop rock group Mumiy Troll, Ilya Lagutenko, and the famous Hollywood actor Harrison Ford have been involved in an international campaign to save the Amur tiger since 2008. On the initiative of the World Bank, a tiger coalition was created for the protection of these animals, which included representatives of various organizations and celebrities; Russia is represented by Lagutenko, the United States by Ford, and China by basketball player Yao Ming.

Award-winning U.S. actor Leonardo DiCaprio is also involved in the fate of the tigers. He established his foundation to issue grants for environmental protection in 1998. DiCaprio regularly allocates significant sums to the solution of environmental problems; he takes care of the population of tigers, protects elephants and works to protect the Amazon rainforests. The actor is a member of the expert group of the World Wildlife Fund. 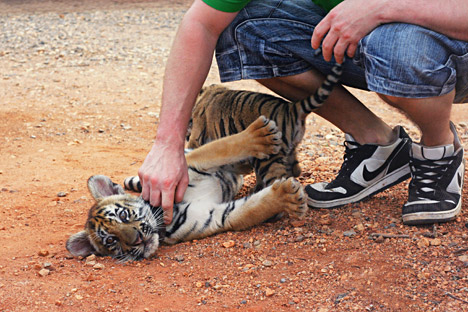 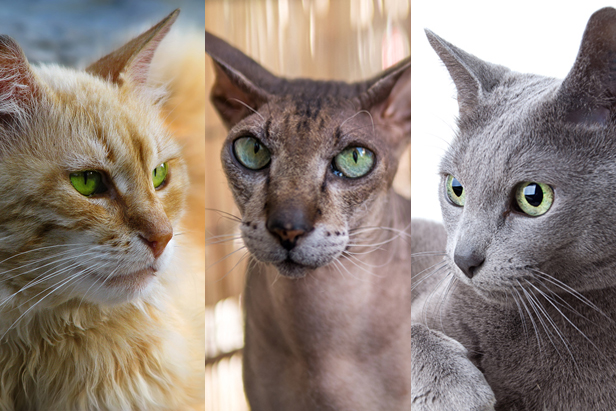