How is Russia tackling the problem of stray animals? 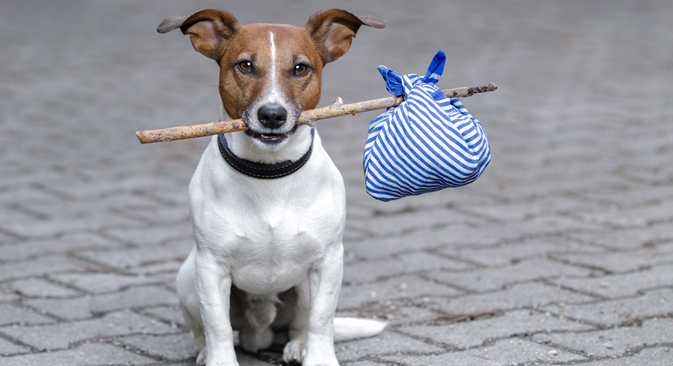 There are no official statistics as to the number of stray cats and dogs in Russia and experts are not sure either. Source: ShutterStock/Legion Media

The numbers of stray cats and dogs in Russia are showing no signs of decreasing despite a growing awareness among the general public. Why does this problem remain unresolved and what initiatives do society and the authorities propose?

It was when Olesya Moskovskaya’s cat Beton intervened to save her from a potentially deadly fall that she realized how much the feline, which she had taken from a shelter, meant to her.

“I am a sleepwalker and when I am under stress, I tend to walk in my sleep a lot. It was summer and my balcony door – I live on the 14th floor – was open. I woke up standing on the edge and my cat was frantically biting and scratching my legs. Another minute and…”

There are no official statistics as to the number of stray cats and dogs in Russia and experts are not sure either.

Although the number of Russians who, like Olesya Moskovskaya, adopt their pets from shelters is growing, the number of stray animals on the streets is not decreasing.

As activists from the Vita animal rights center explain, this is because new animals are thrown out onto the streets all the time. Having said that, the total number of stray cats and dogs is not increasing either, they add.

In post-Soviet Russia, various attempts have been made to regulate the population of stray animals through humane means, for instance, with the use of compulsory sterilization. However, none of these initiatives have been completed.

1. TeddyFood: in this application, a user can select an animal, order a treat, a service or an accessory for it and monitor online what use their selected animal is making of their gift

Each animal is kept in a separate comfortable doghouse fitted with an automatic feeder and a video camera.

2. DogDating: a service for finding company for dogs from a shelter. The service works with seven shelters in large Russian cities.

3. Sheremetyevsky shelter in Moscow — practically the only dog shelter in Russia for fighting breeds. Animals do not stay here long because they soon find a new home. Several hundred dogs pass through this shelter every year.

The authorities’ inability to resolve the problem has been a contributing factor to the rise of the inhumane practice of dog hunting.

This is a phenomenon, observed mainly in Russia, Ukraine and Bulgaria, whereby activists and volunteers band together to rid the streets of their towns and villages of stray animals (not only dogs but also rats, crows and cats) by killing them. Dog hunters use methods that may harm domestic pets too, for example, they leave poisoned food in parks.

Unsurprisingly, according to a poll conducted by Russia’s Public Opinion Foundation in January 2013, only 9 percent of Russians support dog hunters, while 72 percent are against them (19 percent were undecided). An overwhelming majority of respondents (48 percent) said they do not approve of dog hunting because they love animals.

However, according to Vita activists, most Russians decide to have a pet not out of charitable feelings but for the sake of prestige or entertainment. Hence the never-ending replenishment of the ranks of stray cats and dogs: Owners treat their pets as playthings and have no qualms about throwing them out onto the street once they are bored with them.

Irina Novozhilova, the head of the Vita animal rights center, points out that the issue of stray animals has become more visible in Russia, though there is still not enough social advertising. Changes for the better have been picked up by volunteers working at animal shelters, too, such as Natalya Chaplin, the founder and head of a Moscow volunteer project, Sign of Faith.

“Five years ago, nobody spoke of the issue of stray dogs. When we began speaking about the problem of stray animals, started holding exhibitions, people were very much surprised. Now the situation has, of course, improved considerably,” said Chaplin.

However, volunteers’ efforts alone are not enough to tackle the problem, say experts – what is needed is cooperation with the state. According to a member of the Russian Public Chamber, Anton Tsvetkov, Russia needs to set up a dedicated body that would involve verified NGOs. It should have a board of trustees that would exercise control over officials.

Svetlana Ilyinskaya, the president of the Legal Animal Protection Center, says that priority attention should be given to combating the prevalent myth that “putting an animal down is cruel, whereas leaving it in the street is humane because it is their natural environment”.

According to Ilyinskaya, in fact the opposite is true: For them the street is an alien environment, animals suffer and do not live long, while stray cats die in large numbers.

Ilyinskaya believes it is necessary to reinstate the practice of catching stray animals through all possible means and to introduce a requirement for shelters to keep animals for no more than two weeks, after which they are either to be put down or maintained only on sponsors’ donations.

However, Irina Novozhilova is convinced that efforts should be focused not on tackling the consequences but on dealing with the cause: the unchecked breeding of animals.

She proposes addressing the problem through economic means: Those who do not sterilize their pets should pay a large tax, with professional breeders paying an even higher tax, while those who take animals from shelters should be rewarded. 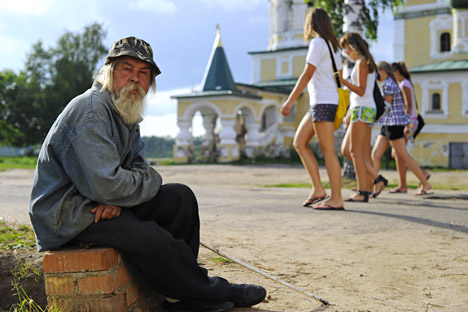 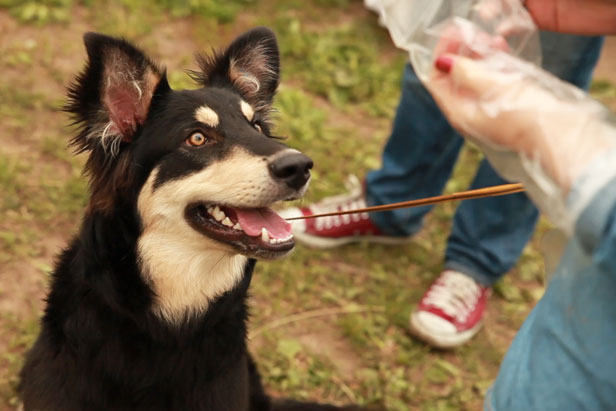