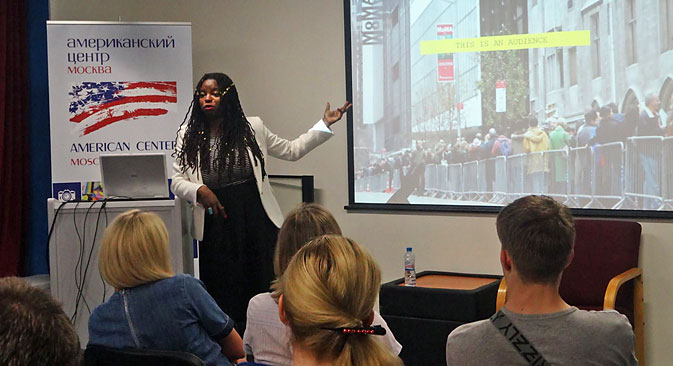 It appears that while the American Center will no longer be collaborating with the U.S. Embassy from its traditional home at the Rudomino Library, it will now be operating from the embassy itself, according to a post published on the center’s Facebook page on Oct. 3. Source: Press photo

The American Center at Moscow’s Rudomino All-Russia State Library of Foreign Literature has become the latest in a long line of American cultural institutions to be shut down as the political confrontation between Russia and the West widens.

When the day came in February 2014 for outgoing U.S. Ambassador to Russia Michael McFaul to give his farewell speech to Russian journalists and scholars, his choice of venue was obvious: the cozy American Center located in the famous Rudomino All-Russia State Library of Foreign Literature in Moscow.

But as it turns out, the American Center wasn’t destined to last much longer in Russia either.

The center has terminated its relationship of 20-plus years with the U.S. Embassy, it announced on Sept. 16, citing an existing law prohibiting foreign financial support of the center.

The U.S. Embassy received the news with regret. Ambassador John Tefft pointed out in his statement that the move "calls into question the Russian government's commitment to maintaining people-to-people ties between the Russian and American people, which continued even during the Cold War and other complicated moments in our countries' long history," he said.

While the center’s management has said that the American center with its books and U.S. memorabilia will remain intact, it is likely the center will lose its attraction to visitors as a true American corner of culture.

The library had not planned to close the American cultural center and is interested in continuing its work, said library director Vadim Duda.

“But we must transfer our engagement in accordance with the requirements of the law of the Russian Federation,” Duda said.

In the meantime, it appears that while the American Center will no longer be collaborating with the U.S. Embassy from its traditional home at the Rudomino Library, it will now be operating from the embassy itself, according to a post published on the center’s Facebook page on Oct. 3.

With U.S.-Russian relations at their weakest, some experts, including Nikolai Zlobin, head of the Washington-based Center for Global Interests, say politics are driving the situation.

“I believe there is a task to do... to weaken any kind of American influence on Russian civil society,” Zlobin told RBTH.

But even if this state of affairs can explain why the library’s partnership with the U.S. Embassy ended, similar examples speckle the recent past.

In summer 2013, prosecutors tried to close the entire Primorsky State Public Library in Vladivostok, which had hosted an American Center since 2003. The official reason: the lack of a proper work visa for the one of the center’s American employees, Angela Michelle Stoda.

Even by the conservative-leaning Komsomolskaya Pravda tabloid mocked the idea of closing the whole library on this pretext.

“Angela go home!” said the paper. “But we do send our deepest respects to the Chi- nese-run markets there that the mighty group of illegal workers operate in broad daylight.”

The library is still operating, but the center is no longer part of the organization.

The lost centers are missed

A similar American Center was closed down by the local prosecutor’s office in the Kirov region, after it was discovered that the local library ran its activities using American funds. The library explained that it wished to keep the popular spot open even after it was forced to end its partnership with the U.S. embassy.

Ironically, the same authorities responsible for the center’s closure also once praised the organization for promoting Russian-American culture ties.

Regional governor Nikita Belykh, a former member of the liberal opposition and John Beyrle, the U.S. ambassador to Russia at that time, opened the center in 2011. Like many other American centers in Russia it received new films and books with the help from the embassy.

In the city of Perm, the American Center was closed down in December 2014 after eleven years of operation. Its tenure in the city ended after several articles in local media stated that the English classes in the center were operated under the umbrella of an "American religious sect." In reality some of the center's tutors belonged to the Baptist church, which is considered a legitimate church in Russia.

Tatyana Kurochkina, a former resident of Vologda, a city several hours north of Moscow, said that the now defunct American Center in the city was her favorite place to visit. "It was the only place there you could study English with native speakers, free of charge. It helped me to overcome my language barriers," said Kurochkina, who volunteered at the center while she was a student.

Russian PR strategist Dmitry Klementov, who works in New York and Moscow, said that the American centers are becoming victims of the large-scale "soft power war between the U.S. and Russia."

"The battle is so highly emotional, that even organizations which are useful for both countries can become victims,” he said. 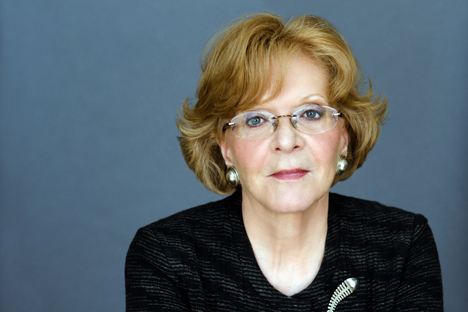