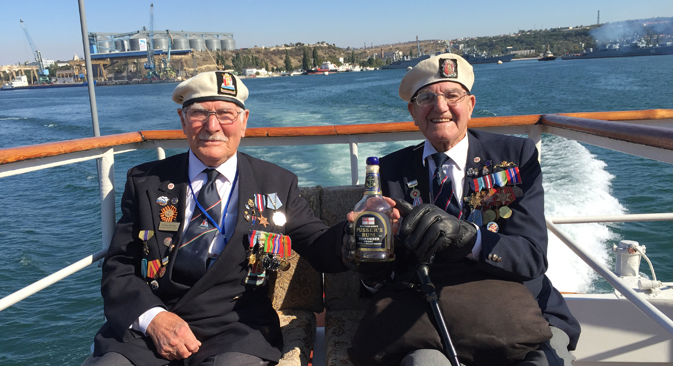 Three British Arctic Convoy veterans who visited Russia this month - including a trip to naval bases in Crimea - have been hailed as heroes twice over after they defied "intimidating and misleading guidance" from the British foreign office concerning their trip.

Ernest Davies and Seymour Taylor from London and William Bannerman of Glasgow were part of a delegation of six veterans invited to visit Russia by Eugene Kasevin, a UK-based Russian who runs Victory Day London, a project dedicated to commemorating the heroism and sacrifice of sailors who took part in the wartime convoys.

Kasevin came up with the idea of inviting British veterans to visit Sevastopol's naval base - founded and built by Russian Admiral Ushakov during 70th anniversary Victory Day celebrations in St Petersburg in May this year. The idea for the Crimea trip was prompted by the name of Russia's highest naval award - the Ushakov Medal - with which surviving convoy veterans were recently decorated. 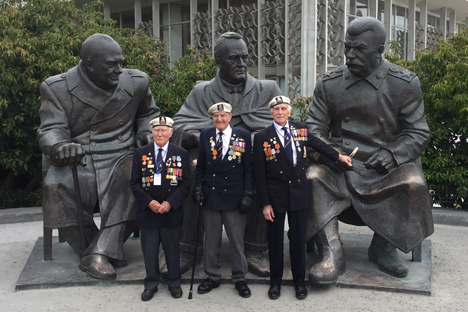 Crimean-born Kasevin said that a British Foreign and Commonwealth Office (FCO) statement that advises "against all travel to Crimea" was "intimidating and misleading" and could have derailed the group's travel plans.

The FCO advises "British national in Crimea" to "leave now", adding that it "is not able to provide consular services to anyone choosing to remain in Crimea."

"To postpone such a historic trip due to current political quarrels would have risked the veterans missing out on this historic chance for them to complete the circle of remembrance of the fallen during the most tragic war of all times," Kasevin told RBTH.

In the event the trip went ahead smoothly, he said. 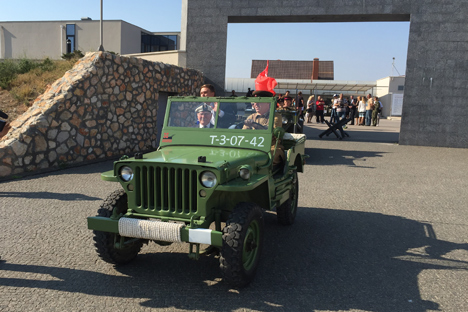 The veterans arrived in Moscow October 4 where they were greeted with visits to the Kremlin Palace, the History Museum and the Central Museum of the Great Patriotic War.

The next day, arriving in Simferopol, the British delegation was joined by their long-standing friends from St. Petersburg, members of the Polar Convoy Club, together with the former Commander of the Russian Black Sea Fleet, Admiral Vladimir Komoedov. There were also meetings with local veterans, officials and a chance to sample Crimean Tatar cuisine.

On October 6, the group moved to Sevastopol where, during a three day stay, the veterans visited all the main historic monuments, including ancient remains and memorials to the Crimean War of the mid 19th century and the Second World War. Russian veterans of the Arctic Convoys living in Sevastopol also met their British comrades at a reception hosted by the Sevastopol Governor Sergey Menyailo, where they enjoyed sharing in lusty renditions of wartime songs. 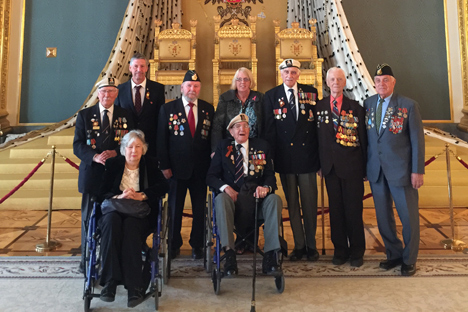 The group also visited Yalta to see the Vorontsov Palace where Britain's wartime leader Winston Churchill stayed in February 1945 during the Yalta Conference, and the conference venue the Livadia Palace.

The group of veterans returned to the UK October 13. 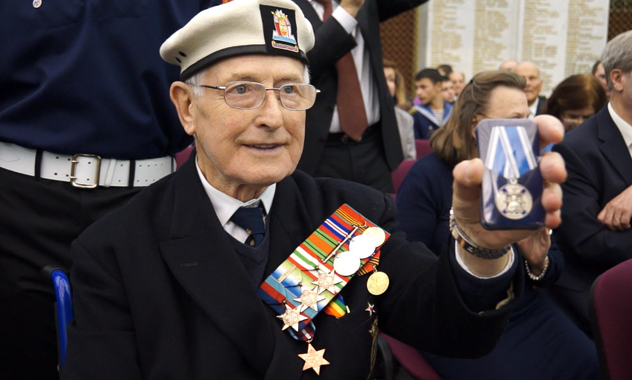 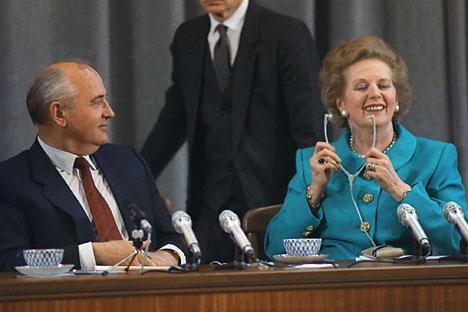