The Paris accord will cut global emissions 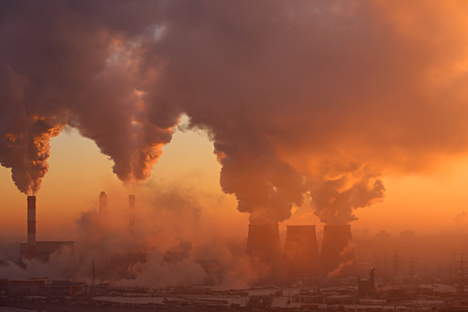 Shutterstock/Legion Media
Intense discussions and long-term efforts to make UNFCCC members reduce greenhouse gas emissions appear to have led to the development of some relevant mechanisms in Paris. However, the real solution has been postponed till the next decade. Russia will continue to integrate into a low-carbon framework, but is likely to conduct business as usual.

This was made possible after negotiators were able to build a system of financial and political checks and balances in the Paris Agreement, which is believed to be more effective than the Kyoto Protocol of 1997.

If a country fails to comply with its commitments, known as the Intended Nationally Determined Contributions (INDC), which were submitted ahead of the 2015 United Nations Climate Change Conference, it risks losing financial support from donor countries. The industrialized donor countries have agreed (this is enshrined in the Paris agreement) to allocate $100 billion each year by 2025 for programs that help developing countries adapt to climate change.

Although no restrictions or sanctions are spelt out in the agreement, UN foundations and agencies as well as the World Bank have already frozen grants and investments in many projects related to the coal industry, which is considered one of the largest sources of carbon dioxide, the main culprit of the greenhouse gas effect.

Developed countries cannot help but comply with national emission reduction targets, since it is now a matter of prestige and mutual agreement between them. Since the agreement has postponed the first report on INDC implementation to 2022, the real fight against increase in average atmospheric temperature and greenhouse gas emissions will only begin in the 2020s.

Business as usual for Russia

Russia, like China, is a part of an intermediate group of countries that are neither donors nor recipients of financial assistance. It will therefore continue in the coming years to adapt to “low-carbon usage.” According to the Paris agreement, Russia must develop a plan in the 2020s for low-carbon development, which will reduce greenhouse gas emissions by 30 percent (from 1990 levels) by 2050.

According to Alexei Kokorin of WWF Russia, Russia already has such a strategy and “it should be only adopted officially,” but this will only happen by 2022.

Until then, Russia will mostly continue to conduct business as usual and will not introduce special measures aimed at reducing emissions, since the lion's share of emissions (82.1 percent) is from the energy sector, controlled by large state-owned companies.

Kokorin places special hope on a potential weakening of control over small and medium-sized businesses, which, according to him, will be able to plan their activities “not for three, but ten years” and will “automatically switch to a more energy efficient business model.”

Russian Minister of Natural Resources, Sergei Donskoi, who was present in Paris, assured that Russia would introduce mandatory greenhouse gas emission reporting for companies in 2016-2018.