2 years on almost all Russians support reunification with Crimea 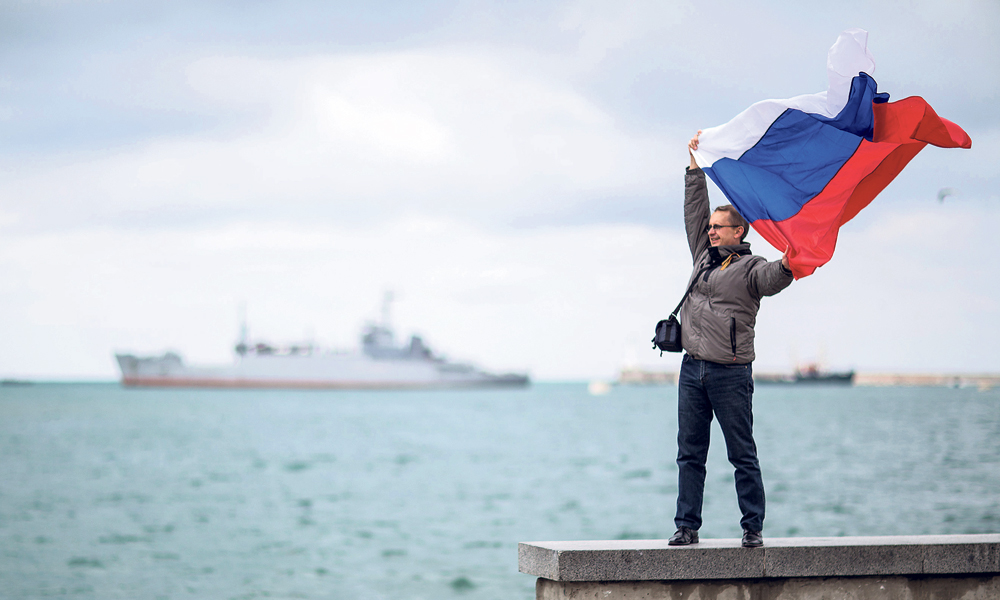 The Crimean Republic reunited with the Russian Federation two years ago.

DPA/Vostock-Photo
According to the latest research, 95 percent of Russians currently describe their attitude to the reunification with Crimea as positive.

The overwhelming majority of Russians are positive about Crimea’s accession to the Russian Federation two years ago. An equally large part of the public thinks ordinary people in Crimea have benefited from this historic step.

The researchers noted that two years ago the share of Russians who considered the Crimean Peninsula should be a part of their country was slightly lower at 86 percent.

Also, 79 percent of respondents told researchers they think that the Crimeans benefited from the reunification. Three percent concluded the lives of Crimean residents had become worse, while six percent think the lives of people in Crimea remain the same as before reunification. Twelve percent of respondents found the question too complicated to answer.

When the pollsters mentioned the anti-Russian sanctions introduced by Western nations and their allies after Crimea’s accession into the Russian Federation, 75 percent of respondents said they thought Crimea was just an excuse for this move and the West had intended to introduce sanctions against their country by any means.

Twenty percent agreed that without reunification there would have been no sanctions and five percent could not give a simple answer to this question.

VTSIOM’s General Director Valery Fyodorov said in press comments that the results of the poll confirmed the decision made two years ago was correct. “The rightness of the historical choice made in March 2014 is being fully confirmed by the results of our polls. Russia is with Crimea and Crimea is with Russia, and this will be so for a very long time if not forever. The difficulties of the transition period haven’t forced the people to hesitate over the correctness of the decisions made two years ago,” Fyodorov said in the memo distributed by his center along with the release containing the poll results.

In separate research earlier this month, conducted by the Populus and Iflop private companies (from the UK and France respectively), roughly a third of Europeans and a quarter of Americans said they accept Crimea as now being a part of Russia again.

Some 39 percent of Italians, 37 percent of Germans and 33 percent of UK citizens said Crimea belongs to Russia, according to the survey. In the US, 26 percent of respondents said Crimea was part of Russia, with 42 percent saying they had no idea about the Crimean issue.

The Crimean Republic reunited with the Russian Federation two years ago. Over 96 percent of its residents – the majority of whom are ethnic Russians – supported the move in an urgently called referendum. The decision was prompted by the ousting of the democratically elected president of Ukraine and the installation of a nationalist-backed regime, which almost immediately declared war on the pro-Russian regions in the southeast.