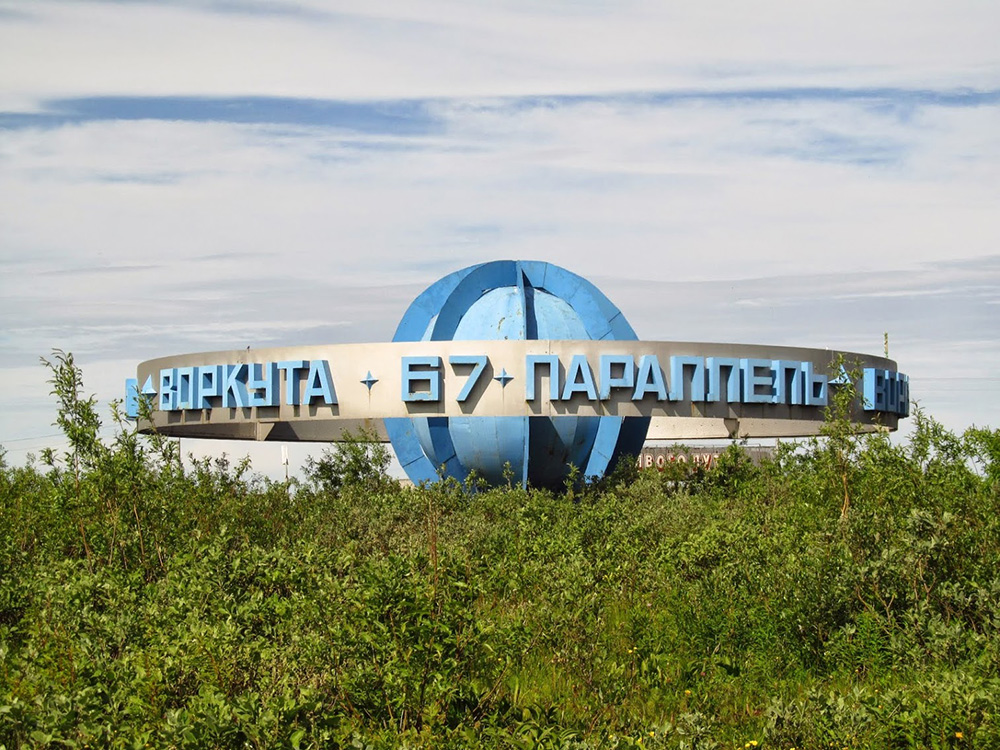 Gueorgui Krásnikov
The site of a coal mining centre in the Arctic Circle, Vorkuta does not only symbolise the triumph of the human spirit over a harsh northern climate. The history of Vorkuta is also a testament to how unstable life is in settlements whose main business is to extract natural resources.

Vorkuta is a unique city, in the northeast of the Komi Republic, the most important centre of the Russian coal industry. It is the third largest settlement in the Arctic Circle.

Vorkuta was built in the 1930s next to an enormous coal deposit. The city became home to thousands of people from different parts of the country, some of whom moved there of their own will and some against their will. Between the 1930s and the 1950s, one of the largest camps of the Gulag prison system was located here.

During Soviet times, Vorkuta's population exceeded 100,000 people. The population has now decreased to around 60,000, a consequence of the global decline of the coal industry. Most city residents’ lives are connected with the work of local coal mines.

"I've lived here for almost 50 years, since birth," says Viktor Filippov, an engineer in Vorkuta’s largest coal mine. "My father was born here, too, but my grandfather was a native of Belarus. He was an architect who was put in the Gulag by false accusation and stayed on to work in Vorkuta after he was freed. He helped to build the city and met my grandmother, a Komsomol (Ed. communist youth league) activist, here."

Such stories are not uncommon in Vorkuta. Descendents of more than half the city’s residents ended up here via the system of correctional camps operating in this area during the Soviet leader Joseph Stalin’s era. One of the darkest pages in the history of the country, paradoxically had a beneficial effect on development of this northern township.

"We can say that the best minds in the country were gathered here; scientists, engineers, and architects," Filippov said. "My grandfather decided to stay in Vorkuta after his release because he felt that his talents were needed in the city. He became a really respected person here. That's why I really like Vorkuta – because it was built by the hands of my family members."

The history of Vorkuta is not only about the victory of the human spirit over the harsh northern climes, but also about how unstable life is in settlements where natural resources are extracted.

"During my childhood, coal was everything for the country," Filippov says. "There was even a separate Ministry of the Coal Industry. But then came instructions from the top: coal was unprofitable and harmful to the environment and they began to reduce production and close mines everywhere. In the 1990s, several mines were closed here all at once. Work and decent wages dried up, so people left for other regions."

‘It's not yet time for the city to die’

Several months ago, the entire country was shaken by an accident at the Severnaya mine near Vorkuta. Several dozen miners were buried under the rubble.

"Working under the ground is always a risk," Filippov says. "In the last accident, a friend of mine was killed and I have had to bury friends killed in the mines.”

Filippov’s sister Valentina is married to a miner.

"Every day I find it harder and harder to let him go to work,” she says. “The mines are old and work in them is all the more dangerous. On television, they talk only about major accidents, but small ones happen here all the time. But our men are forced to work underground, because there is almost no other work in the city."

Vorkuta still remains attractive to coal industry workers because miners are paid twice as much in the far north due to the harsh climatic conditions. In recent years, many residents of Eastern Ukraine have moved to Vorkuta to escape the instability in that region. Donbass is also a coal-mining area, so many skilled miners are among the new arrivals.

"I'm very happy that people from Donbass come to Vorkuta," Filippov says. "It has revived the city and given it hope for revival. I do not want people to leave Vorkuta. It's not yet time for the city to die.”

Anton Mozheiko, Filippov’s friend and neighbour, agrees. He lived for five years on the Norwegian archipelago of Svalbard and moved to Vorkuta a year and a half ago.

"In Svalbard, I fell in love with the North wholeheartedly, and when I returned to Donbass, I found nothing but explosions and destruction," he says.

"So when I was offered the possibility to move to Vorkuta, it took just one day for my family and me to decide. There is enough work here, higher wages and, most importantly, in the north, people behave quite differently. There is much less conflict and all are ready to help each other. So, I think my family and I will stay in Vorkuta for a while longer," Mozheiko said.