Russia to be cleaned up by Putin 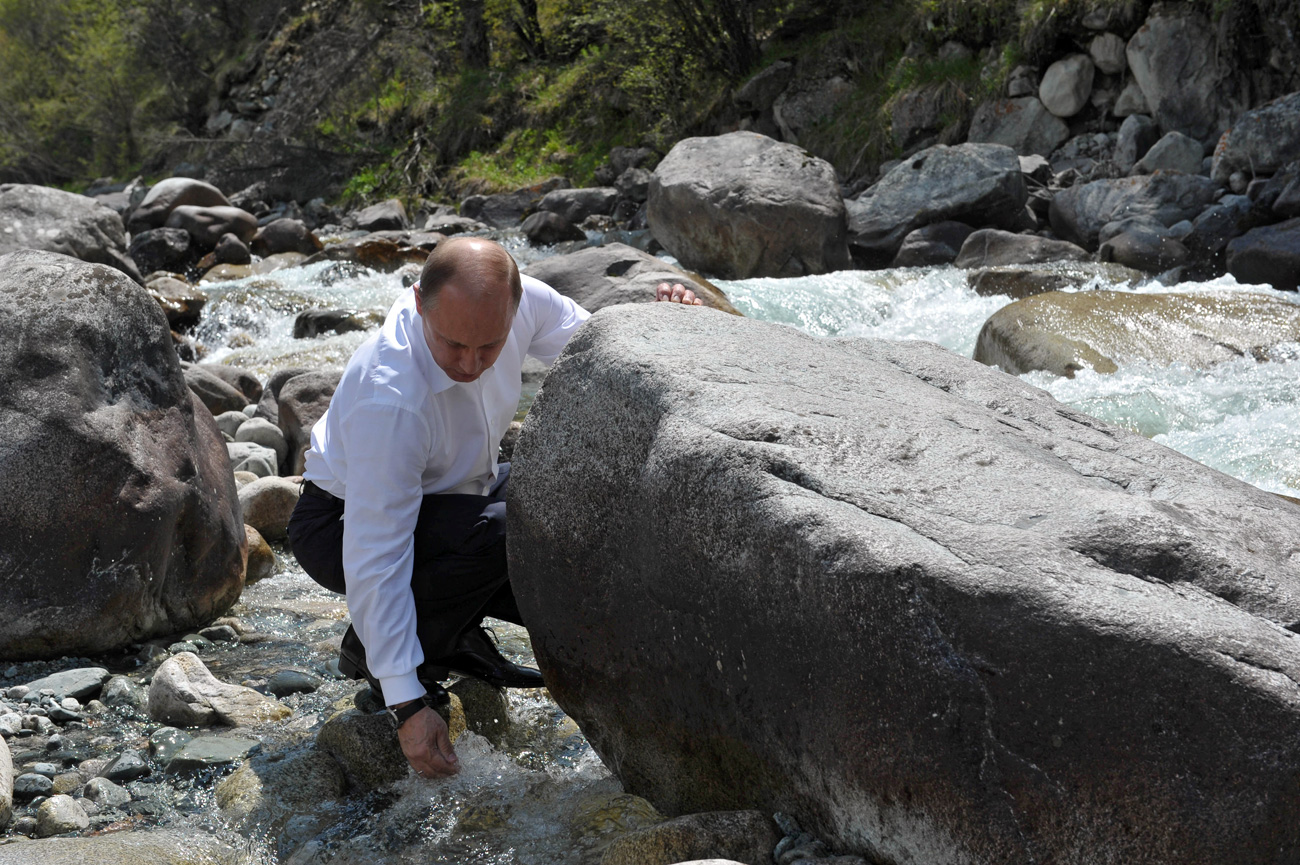 Aleksey Nikolskyi/RIA Novosti
Air pollution annually claims the lives of up to eight million people, and the cost of environmental damage caused by an unhealthy ecology is almost 15% of global GDP. Postponing the resolution of environmental problems to a later date has become impossible, decided the members of the State Council. However, over the next 20 to 30 years, Russia is likely to continue to sink in the garbage and breathe the smelly smog.

The theme of the State Council meeting held on Tuesday in the Kremlin was, "On the ecological development of the Russian Federation in the interests of future generations."

"It is clear that the work is going to be a long-term one: 20, 30 years or more", Russian President Vladimir Putin said setting a deadline to clean up the environment while opening the meeting.

The critical limit according to Putin

“If you continue to make do with half-measures and mention more important tasks, by 2050, emissions of pollutants and greenhouse gases will reach the critical limit,” said Putin. “This means that we will leave an environment unsuitable for life to future generations," Putin said in his appeal to reduce pollution and emissions by at least twice.

"Every year, seven to eight million people die only as a result of air pollution and atmospheric air and indoor air pollution," he cautioned.

“The stress on nature has reached critical values, and the annual economic damage comes to 6% of GDP, and taking into account the consequences for human health – up to 15%,” the President said.

To resolve environmental problems it is important to start with the mountains of garbage that have accumulated over the past decade. According to environmentalists, one million hectares is buried under the landfill.

Authorities have declared their readiness to issue licenses for waste recycling and to collect fines for non-recycled waste.

"In 2017, we plan to collect more than six billion rubles as environmental fee," Sergei Donskoi, Natural Resources Minister, said at the State Council.

The Environment Ministry is ready to expand the group of products to be recycled.

"This will allow us to receive significant amounts each year: that is 300 billion rubles," said Donskoi.

These funds will be used to subsidize the regional programmes to recycle solid waste. However, there are not enough waste recycling plants in the country so, next year, construction of five waste treatment plants will begin in the pilot mode, four in the Moscow region and one in Kazan.  "Rostec," the state corporation, and Japan’s Hitachi company have been entrusted to build these.

The level of waste recycling is planned to be raised from the current 8 to 40% by 2025.

A waste incinerating plant is likely in the Crimea, said Sergei Ivanov, the Russian President's special representative for environmental management, environment and transport.

Boris Dubrovsky, Governor of Chelyabinsk, suggested a calculation for industrialized centres be done, where there is already a shortage of air, the maximum permissible amount of emissions and to issue quotas to polluting plants. He also said it was necessary to consider dumps with industrial waste as potential targets of terrorist attacks.

The business will not shy away

However, businesses are integrating into the solution of environmental problems without any enthusiasm.

"The main thing is for it not to turn into a new burden on businesses," Alexander Shokhin, the head of RSPP, lamented in front of the State Council in the Kremlin's lobbies. At the meeting, the first thing he said was that Russian companies "will not shy away from the work on improving the environment." 55 companies have already signed an environmental agreement with the Ministry of Natural Resources.

However, in comparison with the number of enterprises in the highest category of environmental hazard, of which there are at least 300 in Russia, that is not so much. These 300 enterprises account for 60% of the negative impact on the country’s nature.

Volunteers are given an order

If required to build plants for thermal waste treatment, public opinion approval is a must. Not all citizens are willing to live under a smoky chimney, adjacent to a plant burning rubbish.

However, civil society on whose help the former head of the AP relies, is not ready to support him in all his undertakings. Greenpeace, for example, has repeatedly argued that incineration will not only not solve the problem of waste, but also create a new one – air pollution.

"A waste incineration plant is a machine that produces one ton of toxic ash from three tons of relatively safe waste," said Aleksei Kiselev, head of the Greenpeace Russia toxic programme.

Apart from the fact that waste incinerating plants  require major investments, their construction will lead to a rise in the price of electricity for businesses and the population, as these plants will be financed through contracts for the provision of power (CPP), said Kiselev.

Incineration will also not solve the problem of dumps. For example, the Moscow region territorial plan involves burning of only 30% of waste.

"Officials, contrary to the requirements of the already adopted law on waste, for some reason prefer the least eco-friendly ways of dealing with waste – incineration and landfilling. Clearly, this does not correspond to the State Council’s aim, and even less so to the "interests of the future generations," complained a Greenpeace representative.