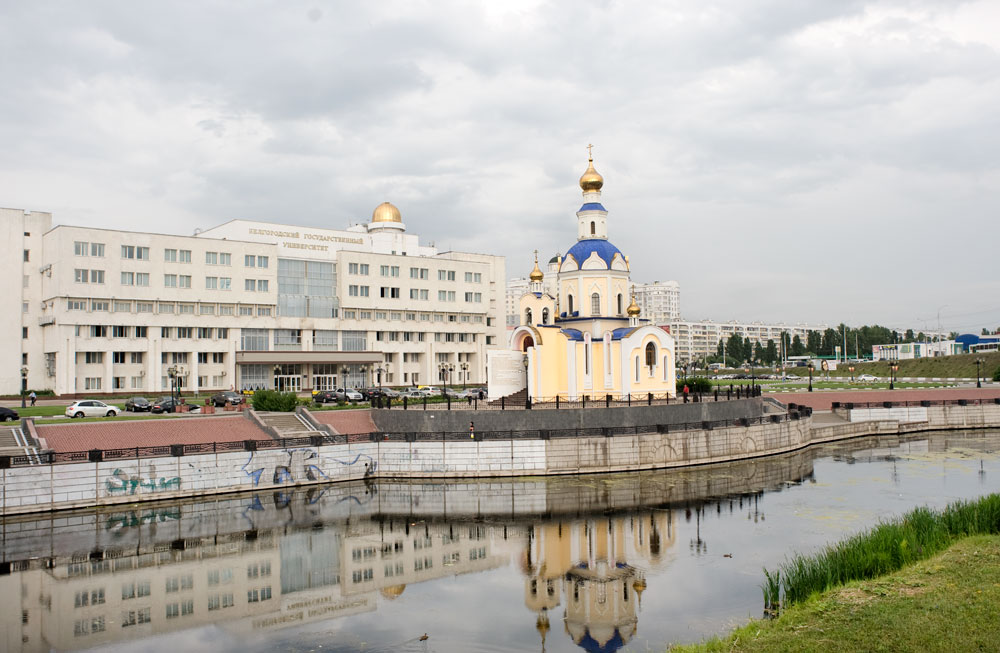 The name Belgorod, or “white town,” suggests the appearance of a mirage, but it most likely derives from the location's chalk hills, part of a distinctive geological feature of Campanian age formations in southwestern Russia. Belgorod is situated on the River Vezyolka near its confluence with the Seversky Donets, which flows south into Ukraine, past Donetsk before reentering Russia near Rostov-on-Don. The border is only 25 miles to the southwest, thus making Belgorod the closest major Russian city to Ukraine.

Belgorod was generally considered to have been founded in 1593 (or 1596) during the reign of Tsar Feodor (1557-98), son of Ivan the Terrible and last ruler in the Riurikid dynasty. On the advice of Boris Godunov, Feodor developed a series of fortified settlements intended to protect Muscovy’s southern borderlands. The Belgorod fortress became the anchor in what was known in the 17th century as the Belgorod Line, an important bulwark against incursions by Crimean Tatars.

In 1951, however, the prominent archeologist Boris Rybakov advanced evidence to suggest that Belgorod was located on the site of a fort created toward the end of the 10th century during the time of Kievan Rus to guard against attacks by steppe peoples such as the Pechenegs and Khazars. Indeed, modern Belgorod has a prominent statue to Grand Prince Vladimir of Kiev, who accepted Orthodox Christianity for his realm in 988.

By the 11th century the earlier Belgorod settlement was apparently part of the Pereslavl principality, although disputes continue as to its precise location. Nonetheless, the year 995 proposed by Rybakov was subsequently adopted by state authorities as Belgorod’s official founding date, and in 1995 the city celebrated its millennial anniversary.

In 1612 the fortress established by Tsar Feodor was seized and burned by Polish forces during a dynastic crisis known as the Time of Troubles. Rebuilt at a slightly different location, the fortress was subject to numerous other raids.

With the absorption of Ukrainian lands into the Muscovite state in the latter part of the 17th century, the military significance of Belgorod decreased, and in the 18th century it became a provincial administrative and trading center.

A major stimulus to its development occurred in 1869 with the opening of a railroad station, part of the Kursk-Kharkov line. Additional lines to the south transformed Belgorod into a major rail junction. With improved transportation, the region’s abundant chalk beds became an important industrial asset, much to the detriment of their archeological value.

After the collapse of the Russian Empire in 1917, Belgorod witnessed frequent changes in power by warring factions — Red, White, Ukrainian and Russian. Soviet power was consolidated in the region by the end of 1922.

Belgorod’s greatest trial occurred following the invasion of the Soviet Union by Nazi Germany on June 22, 1941. On Oct. 24, during the chaos of the Soviet autumn retreats, Belgorod was seized and converted into an highly fortified position with a critical rail junction. Harsh occupation during 1942 stimulated the rise of a local partisan movement.

With the German catastrophe at Stalingrad, the Red Army moved rapidly westward and retook Belgorod on February 8-9, 1943. Within a month, however, overextended Soviet forces faced a German counteroffensive (the Third Battle of Kharkov) led by Field Marshal Erich von Manstein. On March 18, Belgorod was again seized and remained under German control until the summer.

Following the Soviet victory at the titanic Battle of Kursk in July 1943, Belgorod was at last liberated on Aug. 5. In Moscow, a massive artillery salute ordered by Stalin celebrated the victory, thus beginning a practice that would last through the war. From that time Belgorod became known as the “City of the First Salute.” 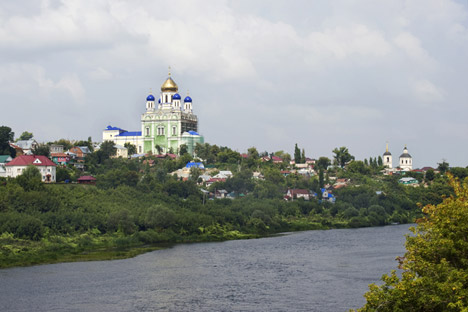 Belgorod, however, lay in ruins. Although a few churches survived, almost every building in the center of the city was destroyed or severely damaged. Thousands of people were executed during the occupation, and Belgorod was essentially depopulated after the prolonged struggle.

The appearance of the city has benefited from relative prosperity and effective management. The Orthodox Church has also played a prominent role in restoring and building churches. Belgorod has a number of churches built since 1991, and they deserve a separate survey.

Belgorod’s earliest surviving church is the Cathedral of the Dormition and St. Nicholas at the Mary-Martha Convent. Begun in the 1690s and completed in 1703, the cathedral’s construction benefited in 1701 from the donation of 100 rubles by Tsar Peter I. Severely damaged during the Soviet period, the cathedral was returned to the Orthodox Church in the 1990s and now has a new icon screen by the artist Alexander Rabotnov.

The primary shrine of Belgorod is the Cathedral of the Transfiguration, which serves as the center of the Eparchy of Belgorod and Stary Oskol. Consecrated in 1803, the cathedral has numerous altars. It is especially known for the relics of the revered Bishop Joasaphus of Belgorod (1705-54), whose canonization in 1911 was celebrated with great solemnity in Belgorod. Confiscated in 1920, the relics were returned to the reconsecrated cathedral in 1991.

The heart of Belgorod centers on what is once again called Cathedral Square in homage to the former Trinity Cathedral, demolished in 1927. The north flank of the square is occupied by the large Regional Administration Building, which also includes Philharmonic Hall.  On the opposite side is the Drama Theater with its monumental portico. Both of these buildings were centerpieces in the post-war reconstruction of the city. The west side of Cathedral Square is marked by the Eternal Flame, a memorial to sacrifices during the war.

Just to the south, along the Vezyolka River is Victory Park, which includes the city’s museum complex. Of particular interest is the Belgorod Regional Art Museum, a young institution established in 1983 and devoted to Russian art since the beginning of the 20th century. In 2007, the museum moved into an exuberant new building designed by Vitaly Pertsev and V. A. Turchenko. Its asymmetrical design and vividly ornamented facades suggest the work of Fyodor Shekhtel in the Russian style moderne at the beginning of the 20th century.

Across Victory Street is Museum Square, bounded on one side by the Regional History Museum. On the other side is a military museum that contains the large diorama “Fiery Arc,” depicting the tank battle at Prokhorovka, a climactic episode in the larger Kursk Battle.

Beyond Victory Park to the west is the main campus of Belgorod State University, which dates its founding to 1876. In 1996, it became a state university and has since undergone rapid expansion. The buildings in this impressive complex along the Vezyolka River date from the beginning of this century and include the Church of the Archangel Gabriel, whose entrance takes the form of an open book with the Ten Commandments on one side and the Beatitudes on the other.

Across the Vezyolka on the far side of the university is an expansive sports center dedicated to local hero Svetlana Khorkina, multiple Olympic champion and one of the most successful gymnasts of the modern era. The plaza in front of the sports complex is graced with a statue commemorating her remarkable skill. In creating the university ensemble, modern Belgorod has issued a compelling statement of its aspirations.