The man who will lead Columbus in the playoffs 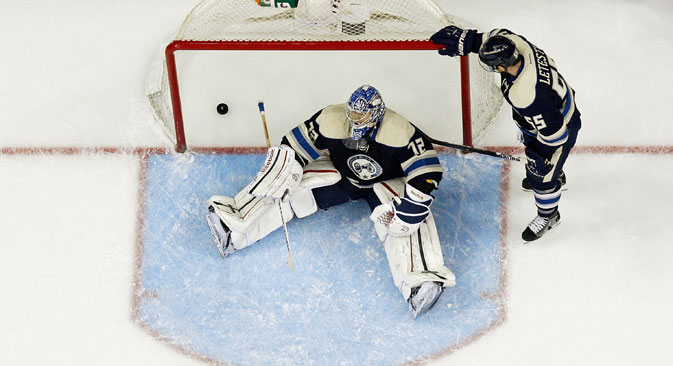 Sergei Bobrovsky is a vivid example of the Russian proverb, "It is not the place that makes the man, but the man who makes the place."

Yes, yes, and I am not talking about Rick Nash. Columbus‘s long-standing icon has left for New York, but all of a sudden the "Blue Jackets" fans have a new hope.

Sergei Bobrovsky is a vivid example of the Russian proverb, "It is not the place that makes the man, but the man who makes the place." In the summer of 2012, the Philadelphia team changed its Russian goalie, this sounded like a citation. Columbus was the worst team in the league, its entry to the playoff seemed like a distant dream, but there is also the loss of Rick Nash...

Lucas Aykroyd is a Vancouver-based writer who has covered the NHL since 1999. His work has appeared in the New York Times, IIHF.com, and The Hockey News

“You must have patience, and you must think. You must think constantly about how to play better, more safely, and more reliably.” That advice on goaltending appears in Tretiak: The Legend, the 1987 autobiography of Russia’s most legendary netminder. Even though Sergei Bobrovsky of the Columbus Blue Jackets was born a year after that book came out, it seems as if he’s absorbed Tretiak’s message.

Some Vezina Trophy winners are one-hit wonders. Jim Carey (Washington, 1996) lost his passion for hockey. Jose Theodore (Montreal, 2002) fell into poor practice habits. Yet Bobrovsky will vie to repeat as the NHL’s best goalie, because whether you’re talking to him or those who know him, the word that always comes up is “serious.”