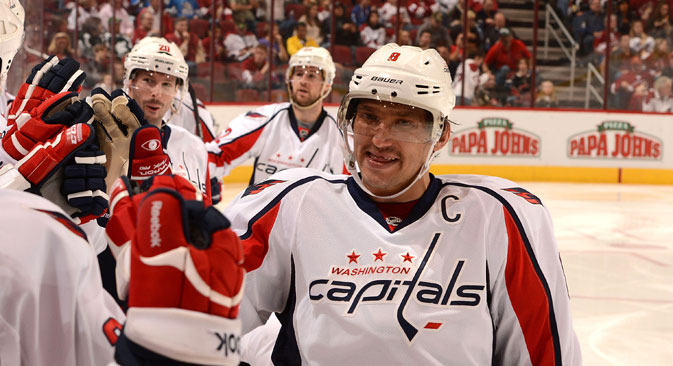 In the upcoming season, there is nothing to slow down Ovechkin.

In the past short season, Alexander Ovechkin's firepower was on display for all to see. If the 2011/2012 season led many to question Alexander’s greatness (in 78 games he scored just 65 points), the third Hart Memorial Trophy he received this summer put those thoughts to rest.

Currently Ovi is the best power forward in the hockey world. Speed, drive, tough power moves, rocket-like shots, and an unlimited commitment to the game – all of these define Ovechkin. With 32 goals, Alex was the top scorer in the regular season.

Unfortunately, he was not able to continue his success. In game 7 of the first round of the playoffs, Washington lost to the Rangers, and the forward had only two points, giving him a player efficiency rating of -2.

In the upcoming season, there is nothing to slow down Ovechkin. On the contrary. In light of the Olympic games in Sochi, Alexander, like all Russian players, will try to show what he is capable of. Ovi has no Olympic gold or Stanley Cup ring. This season, he could win both. You can't find better motivation than this.

Alex Ovechkin enters the NHL season with every NHL honor a high scoring forward could ever wish for, except for the one he really wants. In eight years with the Washington Capitals, he has established himself as one of the most prolific scorers in NHL history.

But Ovechkin has not had the pleasure of hoisting the Stanley Cup above his head and skating around the Verizon Center ice to fans chanting Ovi! Ovi! Ovi! That scene remains only a vision, though surely a vision he will strive for this year.

The Stanley Cup has so far remained an elusive piece of silverware for Alex Ovechkin. Can he finally achieve his ultimate goal?

In the 2012-2103 season, Ovechkin led the league in goals and won his third Hart trophy, signifying the league’s most valuable player. His MVP performance silenced many doubters who questioned whether he should still hold a spot among the NHL’s elite scorers, after two seasons in which his production seemed to tail off.