Deconstructing Russia’s path to the Games 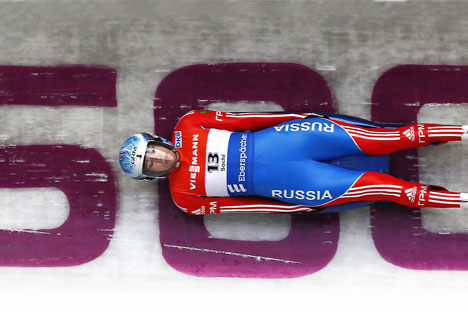 Russia Direct explores the challenges and potential of the upcoming Sochi 2014 Olympic Games in its recent Quarterly Report.

Russia Direct explores the challenges and potential of the upcoming Games for Russia. Source: RBTH

On Feb. 7, the 2014 Olympic Winter Games will open in Russia’s Black Sea resort town of Sochi. The Games have attracted their share of controversy – from being the most expensive Games ever, with a price tag topping $50 billion to concerns over terrorism, especially after the leader of a known terrorist group located in Russia’s restive North Caucasus called for attacks on the event.

Nevertheless, the Games are expected to be a demonstration of Russia’s increasing influence on the world stage.

Russia Direct explores both the challenges and potential of the upcoming Games for Russia in its Quarterly Report for the first quarter of 2014, “Going for the Olympic Gold.”

Sochi: Going for the Olympic Gold

In the report, Ivan Timofeev and Timur Makhmutov, experts from the Russian International Affairs Council, point out two major challenges hosting the Games has posed for Russia.  They call the primary challenge the state of Russia’s reputation. “There is hardly a country in the world where there could be so many controversial items that could impact a nation’s reputation,” write Timofeev and Makhmutov.

They continue: “The image of Russia is, in many ways, an image of extremes. Russia is authoritarian, imperial, corrupt, inconvenient, poor (but also rich), unpredictable, full of raw resources, one-dimensional, irregular, non-market oriented, destructive, and archaic.”

However, the authors calls the Sochi Olympics a way to “challenge long-held myths and shatter prevailing stereotypes by showcasing real work, real achievements, and world-class professionalism.”

Secondly, the authors write, “hosting the Winter Olympics is in many ways an indicator of Russia’s future ability to uphold its international obligations as well as to play an active role in resolving conflicts of both a regional and global scale.”

The authors also point out the internal challenges Russia faced in preparing to host the Games, focusing on security and the effective future use of Olympic infrastructure.  Both of these issues are addressed by other authors later in the report.

Christopher Hartwell and William Wilson, from the Moscow School of Management Skolkovo take a look at the amount of construction that has taken place in Sochi and what it means for the city’s future. They call the transformation of Sochi from a seaside resort town into a world-class resort “a feat of engineering prowess.”

“Sochi created every competition venue from scratch in just a seven-year period, while simultaneously upgrading nearly every element of the city’s infrastructure – air transportation, rail networks, highways, and power plants – and re-inventing its tourism and hospitality industry along international standard,” write Hartwell and Wilson.

The authors point out that 40 percent of the hotels built for the 1994 Lillehammer Winter Olympics in Norway went bankrupt in the years following the event, but they note that Sochi has planned ahead by lining up a number of post-Olympic events, including an F1 race, the G8 summit and the 2018 FIFA World Cup.

However, whether the massive investment into Sochi ultimately lasts for the region depends on both continued attraction of international events and in the month-to-month sustainability of the resort becoming once again a popular travel destination for Russians and for foreigners.

Sochi is simultaneously attempting to attract new summertime vacationers while also luring away elite Russians who might have gone to Europe for a ski vacation during the winter months.

Hartwell and Wilson also discuss the implications of the event for the country at large. They write: “Apart from the narrow regional benefits, it is difficult to ascertain what the broader benefits of the $50 billion expenditure will be to Russia. Some have suggested that the Sochi experience could help to improve Russia’s investment climate, by involving investors from around the world and demonstrating that much of Russia’s reputation as a difficult place to do business may have been overstated.”

All the preparation and reputation put in to the Sochi Olympics may come to nought if the event is marred by a terrorist attack. Sergei Markedonov, an expert on the North Caucasus, writes, “The proximity of Sochi to the North Caucasus region explains the unprecedented attention that Russia is paying to the issue of security. As of June 2013, around $2.5 billion had been spent on security at Olympic venues in and around Sochi. The Russian Ministry of Internal Affairs plans to establish a “security cordon” extending 100 km along the coast of Greater Sochi and 40 km into the interior.”

And according to federal law, additional security measures may be imposed in the greater Sochi area until Dec. 31, 2015 – nearly 2 years after the Games end.

The report ends with several recommendations related to these security measures as well as broader ethno-political and economic development in the region.

The report is available for free to Russia Direct subscribers. To subscribe, visit Russia-direct.org/subscribe.