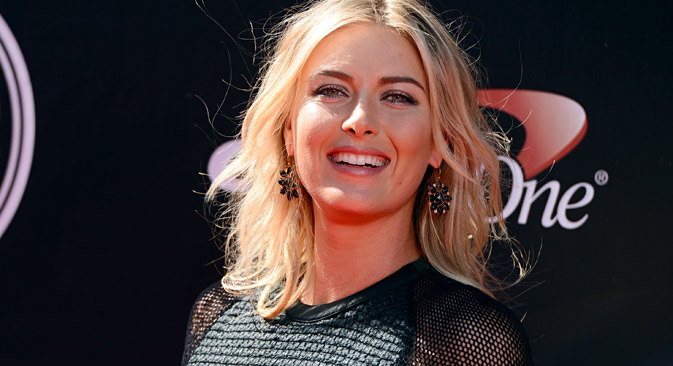 Russian tennis player Maria Sharapova has topped Forbes magazine's highest paid female athletes list for the tenth consecutive time. She has held this position every year since 2004. According to Forbes, over a period of 12 months (from June 2013 to June 2014) Sharapova earned $24.4 million, $22 million  of which came from sponsorship contracts with Nike, Avon, Samsung, Tag Heuer, Evian and Head. The other $2.4 million came from the prizes she won.

Maria Sharapova also topped the list of 50 Russian show biz and sports stars compiled by the Russian edition of Forbes. In 2014 the American version of the magazine also included Sharapova in the list of most brilliant business stars under 30 and in it's ranking (63rd place).