No time for sentiment: The hard-headed new Russian approach to sports 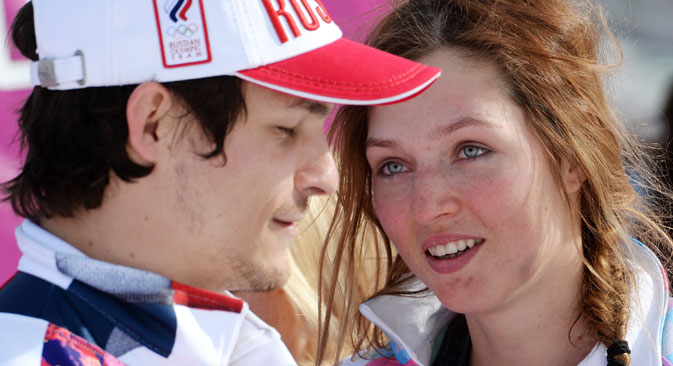 Recent years have seen a broad switch of focus in Russian sport, with many disciplines in which the country was traditionally strong being forsaken for a new emphasis on niche sports. This is the result of Russia’s emphasis on a concerted program of state funding for sports, with Olympic medals the yardstick for success.

One Russian sports journalist I know had a pithy response when asked why his publication didn’t feature more coverage of Russian swimmers’ successes.

“Why waste time writing about something that doesn’t exist?”

Harsh, perhaps, but also largely accurate. There certainly wasn’t anything to write home about last week from the European championships in Berlin, when just one gold medal meant the worst performance by Russian or Soviet swimmers since 1954.

For Vladimir Salnikov, head of the Russian Swimming Federation, it was certainly a far cry from the 1970s and 1980s, when he won four Olympic gold medals. “We’re absolutely not satisfied with the results. It’s a long way from what we’d prepared for,” said the man once known as ‘The Monster of the Waves’.

In other sports too, Russia is falling beind. The country’s result at this month’s European Athletics Championships in Zurich was its worst ever.

However, Russian sport as a whole isn’t in freefall. In fact, it’s better funded than ever. Under the control of the highly influential Sports Ministry, it’s also probably better organized than at any point since the formidable Soviet sports machine collapsed.

It’s really a matter of where the money – and the government attention – is going. In a country which watches the Olympic medal table more than any other, the Sports Ministry prioritizes Russia’s total medal haul, and topping the table is popularly called “winning the Olympics.” The medal race may take place on paper, but for the Russian government it’s the most important Olympic event of all. Russia’s first place at February’s Winter Olympics in Sochi was a national triumph.

As a result, there’s been a long-term switch of focus from high-profile events to more niche ones, events that are certainly not easy to win, but where competition is somewhat less fierce.

While Russia’s swimmers may have failed to make a splash at the European championships, the country was crushingly dominant in diving and synchronized swimming, topping the medal table in both events.

In athletics, there was a time when Soviet athletes raced – and beat – star sprinters from the U.S. and Jamaica. At the Seoul 1988 Olympics, famed for its super-fast (and super-doped) 100 m final, it was the Soviet Union who showed strength in depth by winning the 4 x 100 m relay. Now the Russian sprinting tradition is a thing of the past and the best medal hopes are in the often-overlooked world of race-walking.

In some sports, Russia has become much stronger, even unbeatable. In synchronized swimming and rhythmic gymnastics, every single Olympic gold medal this century has been won by Russia. Meanwhile in other sports, Russia has almost ceased to exist. The Soviet Union commanded respect on the world’s rowing lakes, but the modern Russian rowing federation is almost moribund, sometimes literally – for three years in the last decade, it was officially headed by a dead man.

There are many reasons for this switch to specialization. In the troubled 1990s, Russia simply didn’t have the resources to identify and train promising young athletes in such a wide range of sports. As facilities decayed and coaches aged, they weren’t replaced and sporting traditions decayed too. It made sense to support the facilities that still worked.

The Russian method, however, focusing on sports that not everyone watches come the Olympics, does have some real advantages. At the Sochi Winter Olympics, Russia finished with 13 gold medals, against 11 for second-placed Norway. Two of those Russian gold medals came from a man who was there purely because of Russia’s love for unheralded events.

That man is Washington state native Vic Wild, who competed in snowboard slalom for the U.S. until 2011, when he married Russian boarder Alyona Zavarzina. In a welcome twist on the stereotypical relationship between an American man and a Russian woman, he took a Russian passport and began to compete for Russia. Why? The U.S. was overlooking his discipline because it wasn’t glamorous enough.

The U.S. government doesn’t provide funding for sports and there’s no government planning involved, so individual federations have to go out and attract sponsors. In the case of U.S. Snowboarding, its sponsors are keenest to be associated with the glamour of halfpipe, where riders perform flips and twists in mid-air, than the technical, precise world of slalom.

As a result, most of the funding generated from the sponsors went to halfpipe riders, while the entire men’s and women’s slalom programs were reportedly forced to subsist on just $135,000 a year. In Russia, by contrast, as an Olympic hopeful and later Olympic champion, Wild has been lavished with cash and even a house.

It all boils down to two worldviews, two perspectives on the role of the government in sports. If you think the state should stay out, sponsors will chase high-profile success. With government stumping up the cash, is it fair to demand more medals for your rubles?