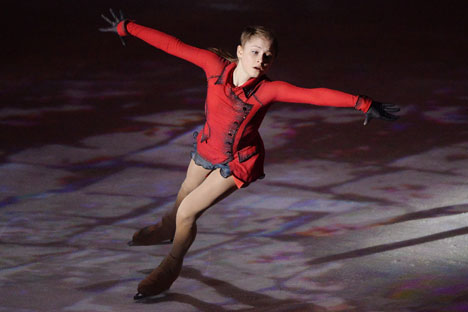 Olympic champion Yulia Lipnitskaya performs during the "We Are The Champions" figure skating gala held at the Small Sports Arena of the Luzhniki Olympic Sports Complex in Moscow. Source: Maxim Blinov / RIA Novosti

Many of the world’s sporting greats first hit the headlines at a very young age, and Russia has also produced its share of precocious talent. RBTH introduces several Russian athletes who met with professional success while still in their teens – or younger.

It goes without question that Russia is the undisputed winner in figure skating based on the number of its child prodigies in the sport. Two-time Olympic champion Evgeni Plushenko won his first adult medals back in 1998, becoming the first minor world and European champion at the tender age of 15. Irina Slutskaya, two-time Olympic medalist, won her first adult tournament – the Nebelhorn Trophy – at just 14.

Today there are strict adult limitations in figure skating, making it impossible for young girls to participate in the key adult international competitions. This is why Yulia Lipnitskaya, who at 13 was the Russian runner-up among adults and who won all of the season’s youth competitions, stayed behind the scenes for quite some time.

When she finally did emerge from the shadows, she took the world by storm. At the 2014 Sochi Olympics, Lipnitskaya was the Russian team’s figure skating hero, winning the maximum possible points and becoming the youngest Olympic champion in figure-skating history.

Yulia Lipnitskaya: “When I bungled the free skating program in Moscow, they told me that the selection would be based on that particular tournament. Then they were saying that the girls would be chosen for the Games in Japan, at the Grand Prix Final. I had the best result among the Russian participants, but I was immediately told that the selection would actually be made at the Russian Championships. After a while, it turned out that wasn’t true – everything would be decided at the European Championships. So when I won, I did not have the feeling at all that everything was finally over and I was on the team.” (Sport Express. From an interview before the 2014 Olympics) 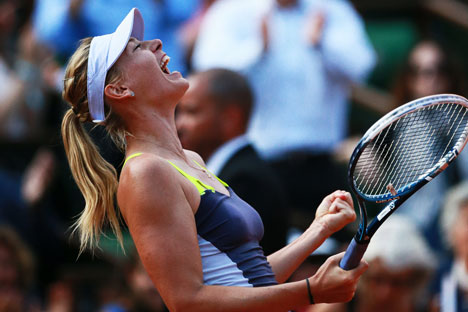 Maria and her father moved to the United States when the future tennis star was just seven years old, in order for Maria to start training at local tennis academies. In November 2000, at age 13, Sharapova won the Eddie Herr International Junior Tennis Championships in the 16 and under category, and received the Rising Star Award as an “exceptionally promising athlete.”

Within just four years, she had achieved a sensational win at Wimbledon, becoming the first Russian to win the tournament and defeating reigning champion Serena Williams. Sharapova once again beat Williams during the same season, in the finals of the WTA Tour Championships.

On August 22, 2005, Sharapova became the first Russian to lead the WTA rating. And in 2012, at the London Games, she became the first woman standard bearer in the history of Russian and Soviet sports.

Maria Sharapova: “I just feel like a Russian deep inside. When I come here [to Russia], it feels like I’m finally coming home.” (Vedomosti) 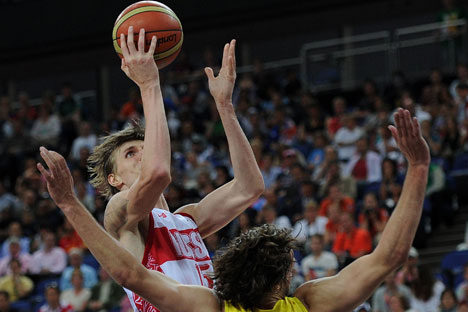 Basketball is not the most popular sport in Russia, so wunderkinds are a rarity in the sport. Therefore, the success won by Andrei Kirilenko, who made it on the Spartak team at just 16 years old in January 1997, is probably an exception to the rule. Five years later, after switching to the CSKA team, Kirilenko joined the NBA after being drafted by Utah Jazz.

The Russian basketball star played for Utah Jazz for 10 seasons, where he earned a reputation as one of the most versatile players in the league. During that period, Kirilenko became the first Russian to play in the NBA All-Star Game (2004), won the gold at the FIBA EuroBasket (2007), was declared the EuroBasket MVP in that same year, and was named FIBA Europe Player of the Year. He also won a bronze medal at the 2012 London Olympics.

Andrei Kirilenko: “As a kid, I had one pair of shoes per season. If they broke, I had to stitch them up. Now this isn’t life, it’s luxury! They give you new shoes for every three games in the NBA. They bring a batch in big boxes. They come out with new ones at every training session.” (Soviet Sport) 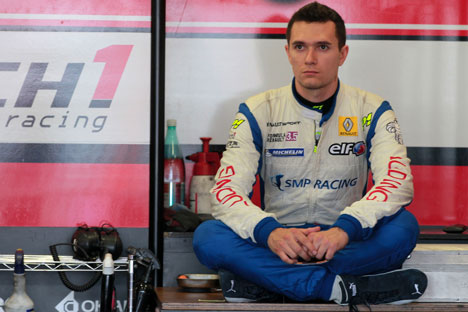 Russia's Mikhail Aleshin before a race during the Russian stage of the Formula Renault 3.5 Series held at the Moscow Raceway, 2013. Source: Vitaly Belousov / RIA Novosti

Russian race car driving has always had plenty of promising drivers. However, almost all of them have remained unknown to foreign fans due to a lack of financing.

Mikhail Aleshin had better luck. He was the Russian karting champion at age 11, and at 14 he debuted in the Russian Formula 1600, where he won two medals and took fifth place overall in the 2001 season. Within two years, Aleshin was competing in the German Formula Renault 2000.

It took him a few years to adapt, after which he had a brilliant season in 2005, winning seven medals and second place overall. The young Russian then entered a new stage, competing in the international Formula Renault 3.5 and winning in the individual category in 2010 (among those who Aleshin beat were Daniel Ricciardo and Jean-Eric Vergne). He then tested for Renault F1.

Although it seemed that the road to Formula One was open, Aleshin lacked the money. His career ground to a virtual halt - until Aleshin took the risky step of moving overseas to become the first Russian to participate in the IndyCar Series.

Although Schmidt Peterson Motorsports is not considered to be one of the greats in the Houston Grand Prix, both of the team’s drivers – Frenchman Simon Pagenaud and Russian Mikhail Aleshin – became the first “double” in its history.

Mikhail Aleshin: “Hemingway said that he only considered bullfighting, mountain climbing, and car racing to be sports, and that everything else is just a game. It seems to me that that’s true to a certain extent. Races should be risky, and people who participate in them at a professional level should understand the degree of danger. In Europe, that danger isn’t as obvious as it is here [at IndyCar].” (f1news.ru) 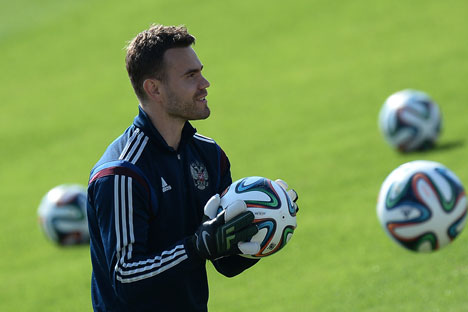 In soccer, the position of goalkeeper is a unique one. A goalie has to have an iron psyche, but outstanding talent is also a necessity. There are very few young men who can be considered masters of the goalpost in Russian soccer.

Igor Akinfeev won his first match as part of the CSKA team at just 17 years old, when in 2003 he played against Zenit in the Russian championship in St. Petersburg. The rookie goalkeeper came onto the field in the second half with the score at 0:2 and managed to keep a clean sheet.

He made his debut in the Premier League two months later, once again failing to concede, and even took a penalty kick at the end of the game. He was immediately recruited onto the Russian team.

Akinfeev played for the national team for the first time in April 2004, at age 18, becoming the youngest goalkeeper in the history of the Russian team in the process.

Igor Akinfeev: “I’ve always had the same motivation: to play soccer. I can’t imagine how a person could pass through all those stages, play as a young man, play on a team, and play hundreds of matches without loving soccer. It’s not just money and glory – it’s a huge amount of work. If you love soccer and are ready to work up a sweat, there’s a chance it might work out for you. There’s no other way.” (www.bobsoccer.ru)