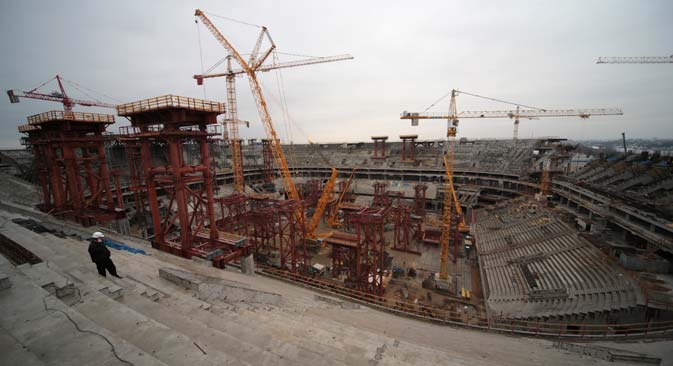 With three years remaining until the 2018 FIFA World Cup in Russia, serious questions hang over the nation’s preparations to host the event, with only one of the 11 stadiums currently ready to host matches. As the country continues to wallow in an economic crisis, the government is cutting funding for the event, with spending on construction of regional hotels being restricted.

The recent corruption scandal surrounding soccer’s global governing body FIFA has spawned a new batch of rumors about the future of the next World Cup, to be held in Russia in June and July 2018. However, despite political tensions and economic crisis, Russia is continuing to prepare for the tournament, which will start less than in three years’ time.

Yet preparations for 2018 have fallen dangerously behind schedule, with construction work on arenas in a number of cities still in its early stages, with the project in Kaliningrad yet to get off the ground and construction of St. Petersburg’s new stadium entering its 10th year.

Traditionally, the greatest number of questions over a host’s readiness for the tournament – especially given the experiences of the last two hosts, South Africa and Brazil – revolve around the pace of the construction of stadiums, with work often lagging well behind and being hastily completed at the last minute, or even remaining unfinished.

In Russia, matches are planned to be held at 12 stadiums in 11 cities. Of these, three stadiums have been already built, but only one of them is capable of hosting matches right now – the 45,000-capacity Otkritie Arena in Moscow, owned by F.C. Spartak Moscow.

The Kazan Arena, which hosted several games in 2014, but soon closed in preparation for the World Aquatics Championships, to be held in the summer of 2015, has the same capacity.

The 40,000-seater Fisht Stadium in Sochi, the main arena of the 2014 Winter Olympics, is also not yet ready for world-class football. The structures used during the Games need to be dismantled in order to install the pitch, with work scheduled to be finished by 2016.

Two more stadiums are currently being renovated. The Luzhniki Stadium in Moscow, Russia's main soccer arena, which will host the final of the 2018 World Cup, was closed in the fall of 2013 and is scheduled to reopen in late 2016. During reconstruction work, the stadium’s capacity will be increased to 81,000 and the incline of the stands will be altered, while the stands will be moved closer to the field.

Meanwhile, the capacity of the Central Stadium in Yekaterinburg will be expanded to 35,000. In both cases, the renovation will preserve the historical appearance of the buildings, which were constructed in the 1950s.

The construction of 45,000-seater arenas has already started in five other Russian cities – Nizhny Novgorod, Samara, Volgograd, Rostov-on-Don and Saransk – but has not yet gone any further than excavation and concrete work. However, the slow pace of work on these arenas pales in comparison to the situation in Kaliningrad, where the stadium project has not yet even been approved following protracted wrangling. The completion date of all the stadiums is set for May 2017.

Yet it is the stadium in St. Petersburg, whose construction has dragged on for nearly 10 years, has caused the greatest debate of all in Russia. Building work began in 2006 on the site of the historic Kirov Stadium on Krestovsky Island. The arena, which will be the new home of the city’s soccer club Zenit, is to feature such technically complex novelties as a moveable pitch weighing 7,800 tons and a retractable roof with an area of 71,000 square meters and a weight of 22,000 tons.

Originally designed by Japanese architect Kisho Kurokawa, the project has been significantly adjusted over the years, deadlines have been moved several times, and the budget has been repeatedly increased, amid widespread accusations of corruption and embezzlement. It has eventually risen from the initial estimate of 6.7 billion rubles ($117 million) to the astronomical sum of 35 billion rubles ($610 million). However, those responsible for construction do not consider this figure as unprecedented. 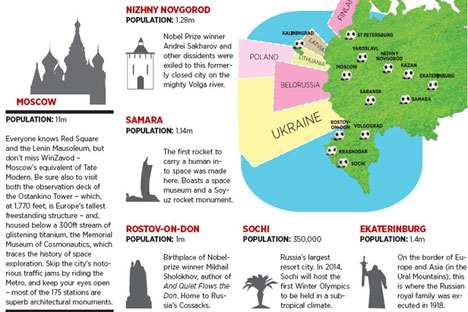 “It is a misconception that the stadium will be the most expensive in the world," head of the project Construction of the Zenit Stadium, Vitaly Lazutkin, said in an interview with the Russian news agency TASS.

“If you compare stadiums similar in size and engineering complexity, that is, luxury-class facilities, we are the seventh in terms of cost per square meter. You must understand that this stadium has no equivalent in Russia. There will be the Luzhniki after reconstruction, but it has an open roof. In the rest of the world, it can be compared with England's Wembley Stadium or Schalke's Veltins-Arena in Germany,” said Lazutkin.

“We have decided against constructing hotels in the regions that will not be in demand later on,” Russian business daily Kommersant quoted Mutko as saying.

Official information on the exact cost of hosting the World Cup is not available. In 2013, First Deputy Prime Minister Igor Shuvalov estimated the minimum amount of spending at 250 billion rubles ($4.3 billion) In January 2015, the reduction of total costs by 10 percent was announced. 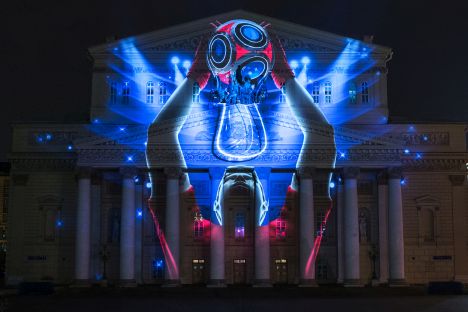