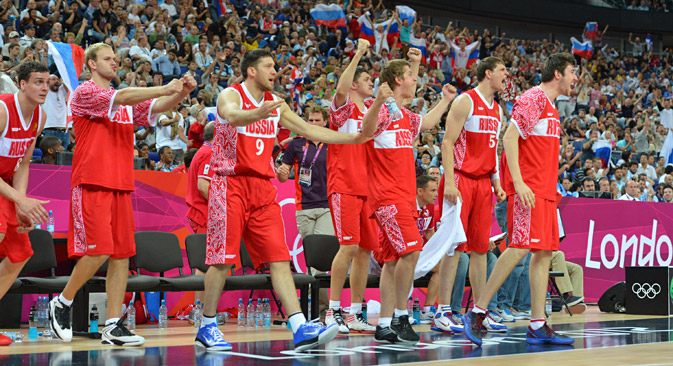 Basketball’s international governing body FIBA has banned Russian teams from participation in all competitions, because of the crisis in the leadership of the Russian basketball federation. Russian officials and observers are confident that the ban can be overturned and express hope that the scandal will push the federation to resolve its internal contradictions.

Russian basketball has been rocked by the sudden decision of FIBA (Federation Internationale de Basketball) to suspend the Russian Basketball Federation from participation in all tournaments, citing internal squabbling and a crisis in the leadership of the RBF as the reason for the ban.

The suspension, announced in a letter released by the RBF on Wednesday, July 29, includes all national teams and RBF referees, meaning that while the suspension is in force Russian teams will not be able to participate in all international competitions, including the 2016 Olympic Games in Rio de Janeiro.

The ban, however, will not affect the status of teams and referees that are currently taking part in FIBA tournaments, as well as those who will take part in the European Women's U-18 Championship, to start in a few days.

The sharp reaction of the FIBA (there are no former cases of international sporting federations banning Russian associations) has been provoked by a succession of scandals that have shaken the RBF over the past two years.

After Yulia Anikeyeva’s victory in the RBF presidential elections in August 2013, the Perm Basketball Federation went to court, demanding for the results to be recognized as invalid.

According to representatives of the Perm Federation who had nominated Svetlana Abrosimova (European and WNBA champion) for the election, the executive committee – controlled by Anikeyeva – had allocated quotas of regional federations to delegate representatives for the electoral conference in a convenient way for itself and thus affected the election’s outcome.

Representatives of all professional clubs and the president of the VTB United League (Russian Cup), Sergei Kushchenko, insist on new elections in October 2015. Anikeyeva's opponents already have a single candidate – the renowned Russian basketball player Andrei Kirilenko, who finished his career at the end of the 2014/15 season and has publicly gone on record to express his interest in becoming head of the RBF.

Regardless of this latest scandal, Russian basketball’s old leadership is determined to reach a compromise.

“The Federation is ready to sit down at the negotiating table and discuss all the problems in our basketball, and adopt a decision, which must suit everyone, and move on. I hope that such decisive action by the FIBA will bring together all participants of the process,” RBF General Secretary Andrei Arkhangelsky told RBTH.

Meanwhile, according to Vladimir Khlopikov, a member of the RBF's executive committee and a FIBA commissioner, the suspension is not a big problem, and the men's team will be allowed to take part in the European Basketball Championship, or EuroBasket as it is often called, in September. The winner of the tournament will qualify for the 2016 Olympic Games.

“Now sanctions against us have been imposed, but they may be removed at any time – in two weeks or in a month. I am confident that the team will play at EuroBasket, which starts in early September,” said Khlopikov.

Presidential hopeful Andrei Kirilenko also believes that the issue can be resolved.

“The news of the FIBA sanctions is unpleasant, but not unexpected. Taking into account the developments and how work was carried out in the RBF, I'm not surprised,” Kirilenko was quoted by the website Sports.ru as saying.

“But I will say that we should not panic. The RBF leadership had all the necessary tools to prevent this. If they [the RBF's current leadership] cannot or for some reason do not want to do that, then a new, legally elected leadership will deal with the issue,” he said.

Meanwhile, Russian Sports Minister Vitaly Mutko condemned what he saw as the FIBA's “interference” in the internal matters of Russian basketball, threatening to appeal to the sports court in Lausanne (CAS).

The final decision on the suspension of Russia will be discussed at the FIBA Central Board meeting, to be held on August 8-9 in Tokyo. 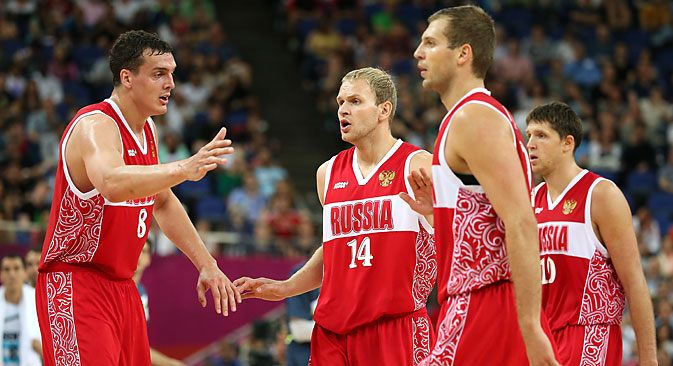