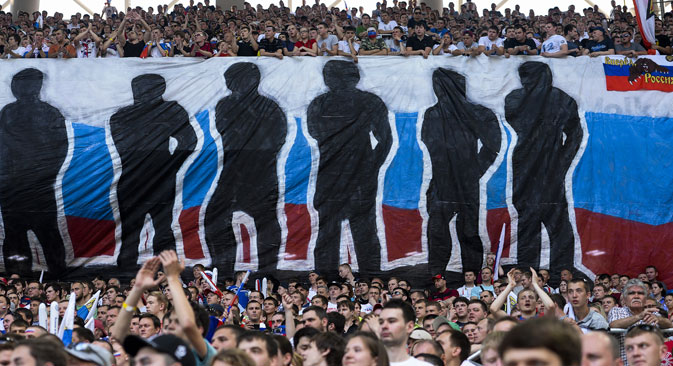 Russian football fans during a qualifying round of the UEFA Euro 2016, Russia vs. Austria, at the Otkritie Arena stadium in Moscow, June 16, 2015. Source: Alexander Vilf / RIA Novosti.

Under new legislation, the number of foreign athletes able to participate in Russia team sports is to be further restricted – a decision aimed at improving the quality and results of the national teams. However, experts warn of the dangers of artificially limiting competition.

Traditionally a quiet period for sporting news, this year the summer off-season has been dominated by animated discussion in sports media of a new law that will limit the numbers of foreigners able to participate in team sports in Russia.

The amendment to the federal law "On Physical Culture and Sport in the Russian Federation,” which was signed on July 1 by Russian President Vladimir Putin, authorizes the Sports Ministry to determine the acceptable number of foreign athletes in team sports.

Earlier the various federations had determined the quotas autonomously, but now they must abide by the ministry's position.

Unfair competition or protection of investments?

The first to feel the wind of change was Russian soccer. On July 14, three days before the start of the new Premier League season, the Executive Committee of the Russian Football Union voted to introduce a limit based on the "6 foreigners + 5 Russians on the field," formula, a tightening of last year's rule of "7 foreigners + 4 Russian on the field."

Russian Minister of Sport Vitaly Mutko explained that the changes have been introduced in order to protect young local players. In the minister's words, it is difficult for the young Russian player to establish himself within the team when the club buys a highly skilled foreigner for the position.

"The limit will be introduced in all types of sport… we must protect our athletes, our sport and our investments," the Sport Express newspaper cited Mutko as saying.

The new amendment has been fiercely criticized by Andre Villas-Boas, coach of Zenit St. Petersburg, the most successful Russian club in recent years.

"This limit is the end of the development of Russian football players. When you cannot send your strongest line-up due to some restrictions or recommendations, you destroy competitiveness. This is the end of football in Russia," said the Portuguese coach at a press conference after victory over Lokomotiv Moscow in the Russian Super Cup on July 12.

A course towards autonomy

In the near future the restriction on foreigners may also be introduced in Russian basketball, which currently has very liberal regulations. In a match in the VTB United League (the Russian championship) a club will be able to deploy only six foreigners. Last season CSKA, the league champion, had seven foreign players out of 14, and they all played a key role in the team's success.

In an interview with the Sovietsky Sport newspaper, President of the Russian Volleyball Federation Stanislav Shevchenko claimed that the tougher limits introduced in 2010 had led to fantastic results for the national team. In the 2012 Olympics the men's team won the gold while the women's team came fifth. Both national teams won the Continental Competition in 2013.

The toughest limit exists in Rugby-7, where Russian teams are completely forbidden from employing foreign players. The Russia national women's team is considered the favorite in the 2016 Games in Rio – it has won the last two European Championships.

However, Igor Chugainov, a former Russian soccer international and five-time Russian Cup champion, is convinced that the restrictions will not lead to an improvement in the quality of Russian soccer.

"Players who are sure that they will receive a position in the starting line-up just because they have Russian citizenship will never progress. You are raised in incubator conditions, you play regardless of your results while remaining your market value and receiving lots of money,” he said.

“As a result we have a national team consisting of well-fed players that cannot make it through the European Championships qualification round and cannot get out of the weakest group in the World Cup."

Dmitry Khomukha, coach of the under-19 Russian national team, which finished second at the European Championships this year, believes that the limit is a suitable way to meet short-term objectives.

"Yes, the measure is artificial. But now it is necessary. If we do not give young football players a chance to play in the Premier League clubs, we will fail in the 2018 World Cup. In the upcoming three years they have to be supported. For now the most important thing is not to lose this generation," said Khomukha in an interview with championat.com. 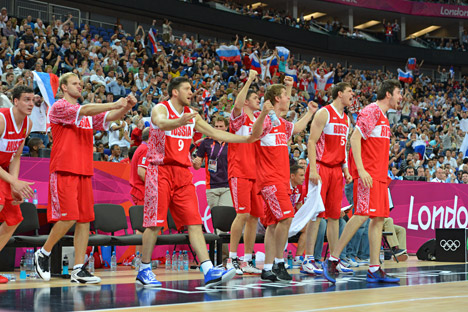