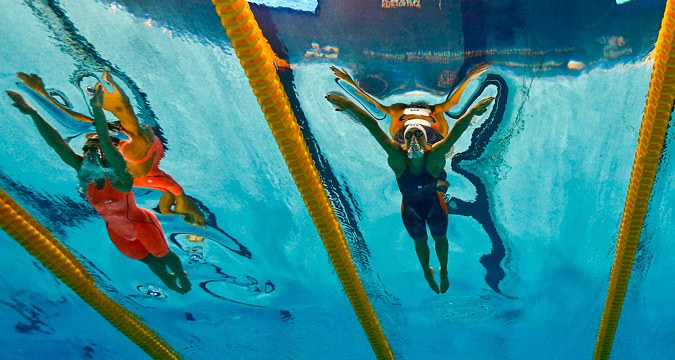 Reuters
From scandals and international bans to changes of citizenship and the arrival of a new generation of top figure skaters, 2015 was not short on drama in the world of Russian sports, though many pundits might have welcomed a quieter year. Here are eight of the key events and trends that defined 2015 for the Russian sports fan.

1. Elite sporting events take it to the regions

While earlier it was only Moscow and St. Petersburg that could boast top-level sporting events, the 2014 Winter Olympics in Sochi kick-started a trend of sporting events being hosted in the Russian regions.

At the beginning of 2016, another Russian regional sports center will come to the fore; the town of Kolomna near Moscow will host the Speed Skating World Championships.

After naturalized athletes – short track speed skating athlete Viktor Ahn and snowboarder Vic Wild – won as many as five top-notch medals for Russia at the Winter Olympics in Sochi in 2014, speculation about recruiting foreigners for the national team broke out with renewed vigor. 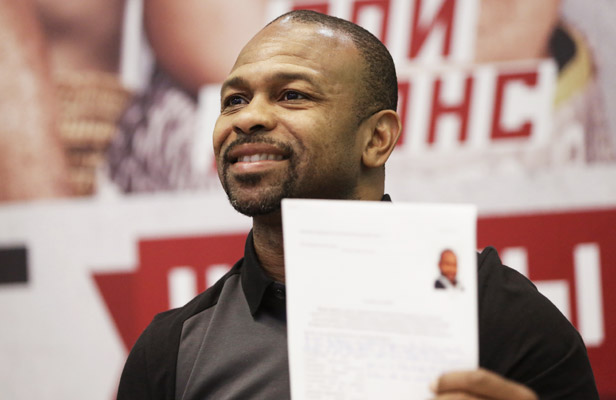 Leonid Slutsky, the new head coach of the Russian soccer team, has not ruled out this possibility, though Russia is continuing to rely on its own players for now; the much talked-about transfers are stirring up boxing and mixed martial arts.

In 2015, two Americans became Russian citizens – boxer Roy Jones and mixed martial arts fighter Jeff Monson. In both cases, an important role was played by the political factor: Both publicly admitted being sympathetic to the country's leadership.

3. The boom in women's figure skating

Women's figure skating has always been the Achilles heel of the Russian team. The 1970s and the 1980s were dominated by Soviet sports pairs and dance duets, while in the 1990s and the 2000s, it was Russian male single skaters who were in a league of their own. 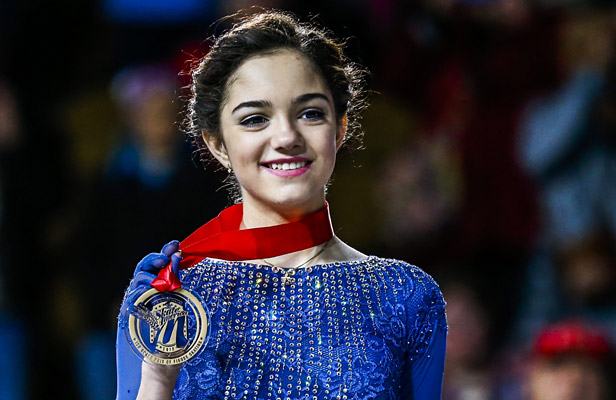 The last major success in the Russian women's figure skating was gold taken by Irina Slutskaya at the 2005 World Cup in Moscow.

But now it is Russian women that are setting the pace in world figure skating. This is not merely about Elizaveta Tuktamysheva's victory at the 2015 world championships in Shanghai – a whole generation of talented athletes has emerged in Russia.

Elena Radionova, Evgenia Medvedeva, Anna Pogorilaya – with such incredible competition, the heroines of Sochi 2014, Adelina Sotnikova and Yulia Lipnitskaya, are certainly not in a position to rest on their laurels.

4. Preparations for the 2018 World Cup remain unaffected by the crisis at FIFA

The preparations for the 2014 World Cup in Brazil took place in an atmosphere of constant scandal related to numerous delays to the construction of stadiums.

However, this tension bears no comparison to the pressure that Russia is experiencing ahead of its own World Cup. With just two and a half years remaining until Russia hosts the football extravaganza in 2018, the media continues to be filled with speculation about the possible cancelation of the tournament – mostly for political reasons. 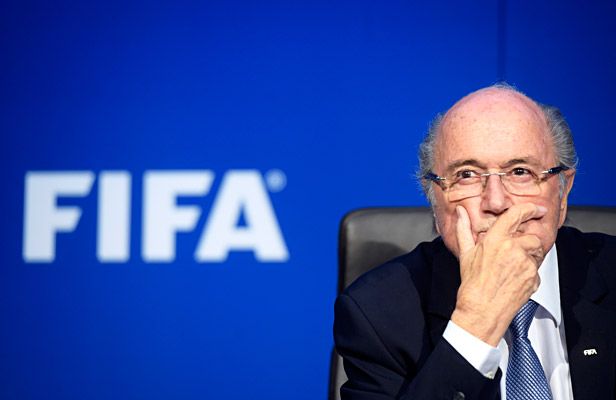 In 2015, FIFA itself set tongues wagging again on an old theme – in late May, a number of the association's officials were arrested on suspicion of corruption and money laundering in an anti-corruption investigation launched by the United States and Switzerland.

The top management of world football also lost its balance; in October, the FIFA and UEFA presidents, Sepp Blatter and Michel Platini, were suspended on suspicion of financial irregularities, and have now been banned from all football-related activities for eight years. The election of the new FIFA president is scheduled for February 2016.

However, despite the storm raging in world football’s governing body, the Russian World Cup has so far managed to avoid perils, despite lingering questions about the fairness of the bidding process for the tournament, including statements made by Blatter himself that Russia had been agreed on as host before the vote.

Officials continue to report that construction of stadiums is proceeding according to schedule, the draw for the qualifying phase of the tournament was held in July, and in September the 1,000-day countdown to the start of the FIFA World Cup was launched in the presence of 1990s football stars Lothar Matthaus, Gianluca Zambrotta and Fernando Hierro.

5. The collapse of basketball and the arrival of Kirilenko

By 2015, Russian basketball was in a deplorable state, with decision-making virtually paralyzed due to a confrontation between two factions in the federation's leadership. 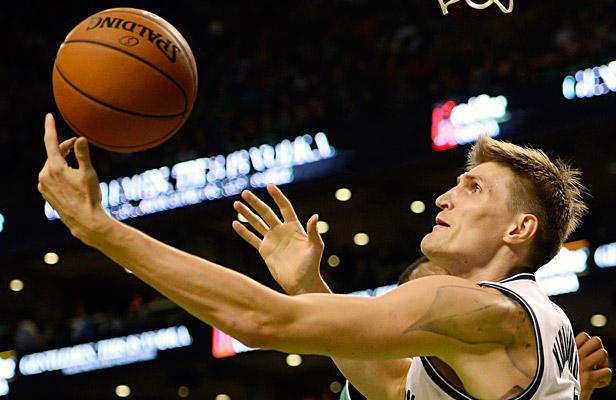 The anarchy affected the results of the teams; the men's and women's teams failed to win the EuroBasket in summer and missed their chance to go to the 2016 Olympics in Rio. The stalemate eventually led to the Russian Federation’s disqualification from international competition because of the organization's opaque management system.

Having reached the bottom, Russian basketball started with a clean slate. The new president of the federation, former NBA star Andrei Kirilenko, has become a compromise figure, and has managed to clean up the management system. In November, the sanctions against Russian basketball were lifted.

Hard times also came to Russian athletics in 2015. In contrast to basketball, however, the crisis remains in full swing. The year began with the screening of a shocking documentary by German TV channel ARD, accusing many Russian athletes of systematic doping. 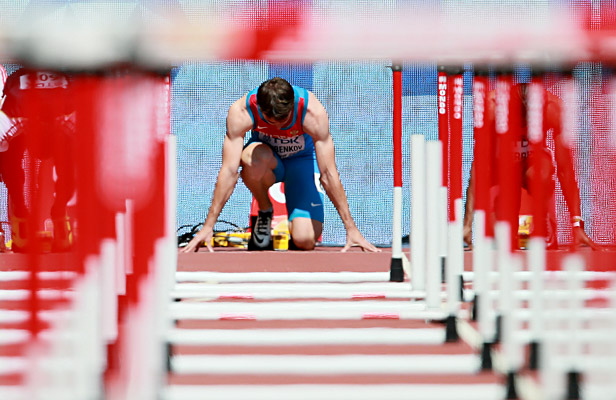 Russia's Sergei Shubenkov at the start of men's 110 m hurdles at the 2015 World Championships in Athletics in Beijing. Source: Anton Denisov / RIA Novosti

The negative publicity resulting from the film was so great that the Russian Anti-Doping Agency started its own investigation. As a result, almost the entire race-walking team – including several London 2012 champions – was disqualified.

Deprived of an entire group of its top athletes, Russia performed poorly at the World Championships in Beijing, winning just two gold medals.

However, this was only the beginning. In November, the World Anti-Doping Agency accused the Russian authorities of systematically concealing positive drug samples recorded from athletes.

In the wake of the controversial report, the International Association of Athletics Federations decided to ban Russia from participation in international competitions, throwing doubt on whether Russian athletes will go to the Olympics in Rio in 2016.

7. The exodus of Russian hockey players to the NHL

As many as 10 Russian ice hockey internationals moved to play in the NHL in 2015 – significantly more than in recent years. 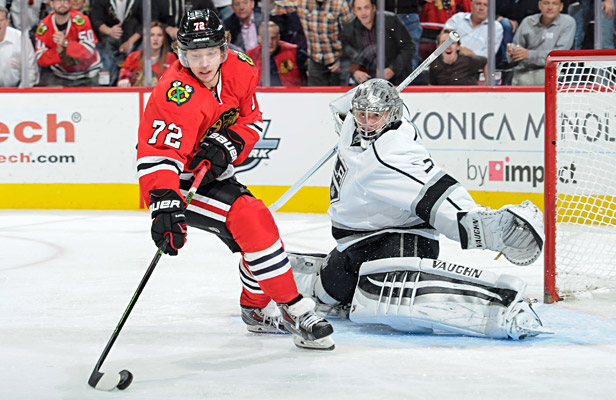 Artemi Panarin (left) of the Chicago Blackhawks takes the puck toward goalie Jonathan Quick of the Los Angeles Kings in the third period of the NHL game at the United Center on Nov. 2, 2015 in Chicago. Source: Getty Images

Those who chose to make the move overseas included both hot prospects like Artemi Panarin, who after a bright season in the KHL did not disappoint the fans of the Chicago Blackhawks, the current holder of the Stanley Cup, and experienced players like Evgeny Medvedev, who at 33 decided to try his luck in the Philadelphia Flyers.

The outflow of players was significant enough to alarm the Russian hockey leadership. For example, Viacheslav Fetisov, a member of the KHL's board of directors and a former defenseman for CSKA Moscow and Detroit Red Wings as well as the Soviet Union and Russian national teams, even proposed banning Russian hockey players from moving to the NHL until they reach 28 years of age. The idea, however, found no support.

A year ago, when Formula One rookie Daniil Kvyat switched teams from Toro Rosso to Red Bull Racing, many predicted a meteoric rise for the young driver.

Although he didn’t manage to notch a victory, the Russian largely met his team’s expectations, producing a series of consistent performances. Now behind the wheel of a more powerful car, the 21-year-old began to regularly score points, ending up ahead of his teammate Daniel Ricciardo at the end of the season. 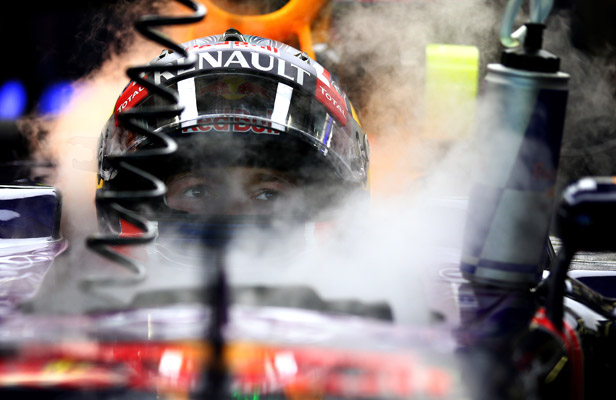 Kvyat will spend the next season at Red Bull, where the driver’s progress is being closely monitored. For Russia, however, Kvyat has become the nation’s most successful driver in history; his second place at the Hungarian Grand Prix was the best result in the history of Russia's participation in Formula One.