Copter crazy: The rise of drone racing in Russia 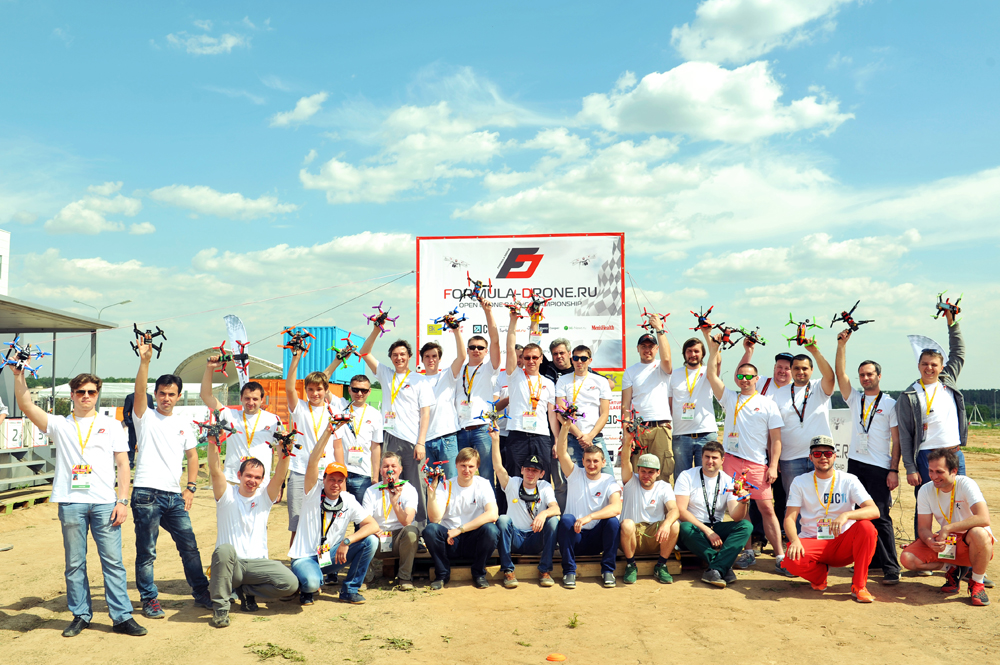 The first Formula Drone championship was held in Moscow in early June.

Press photo
In just two years, drone-racing has grown from a hobby for geeks into a full-fledged sport where winners are paid hundreds of thousands of dollars. Russia also hosts major races, and Russian pilots have won awards at international championships.

"Three, two, one... go!" The referee's last word is drowned out by the roar of the starting siren. Four drones roar off the ground and rush over the race track at speeds of over 60 miles per hour. They encircle the flags with the logo of the Formula Drone race, dive through the gates, change altitude, overtake and undercut each other.

Nearby, four men sitting in chairs are slowly moving switches on a control console, all of them wearing video glasses. It looks like they are just sleeping or are lazily playing an invisible video game.

In reality, these four are drone pilots. The video glasses are linked to a camera on the front of the drone, and to pilots it looks like as if they themselves are rushing at great speed through the air. A few seconds after the start of the race, one of the drones crashes into a pole and falls. Its pilot tears off his glasses and swears – now he will have to repair the copter.

The new Formula One

"This is Russia's first official drone racing competition," Alexei Serebrennikov, the general organizer of the Formula Drone championship, says proudly. "And I can assure you, our championship is not so different from Formula One." 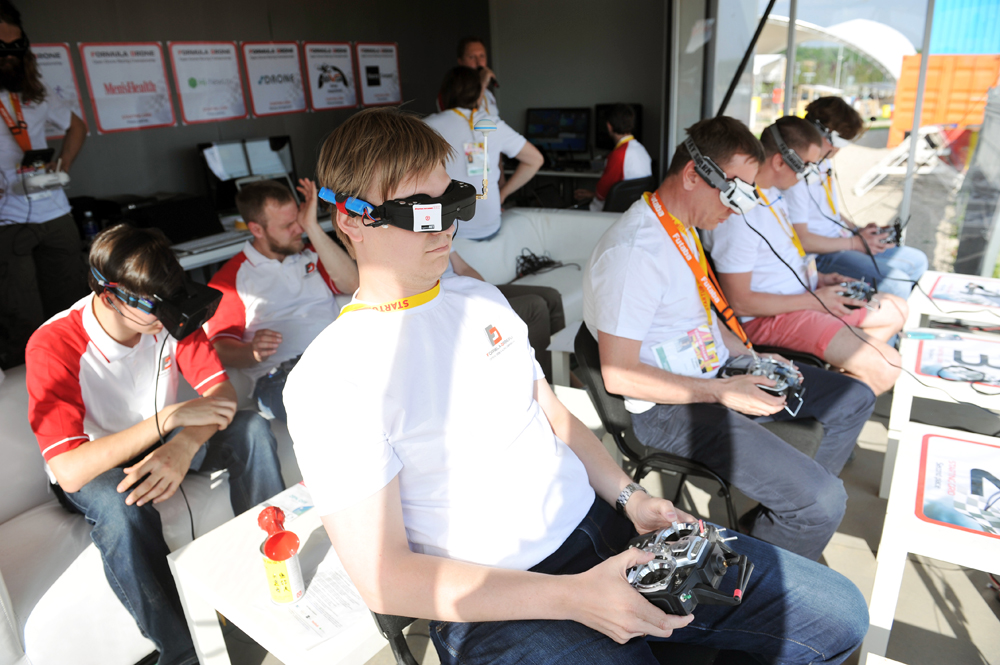 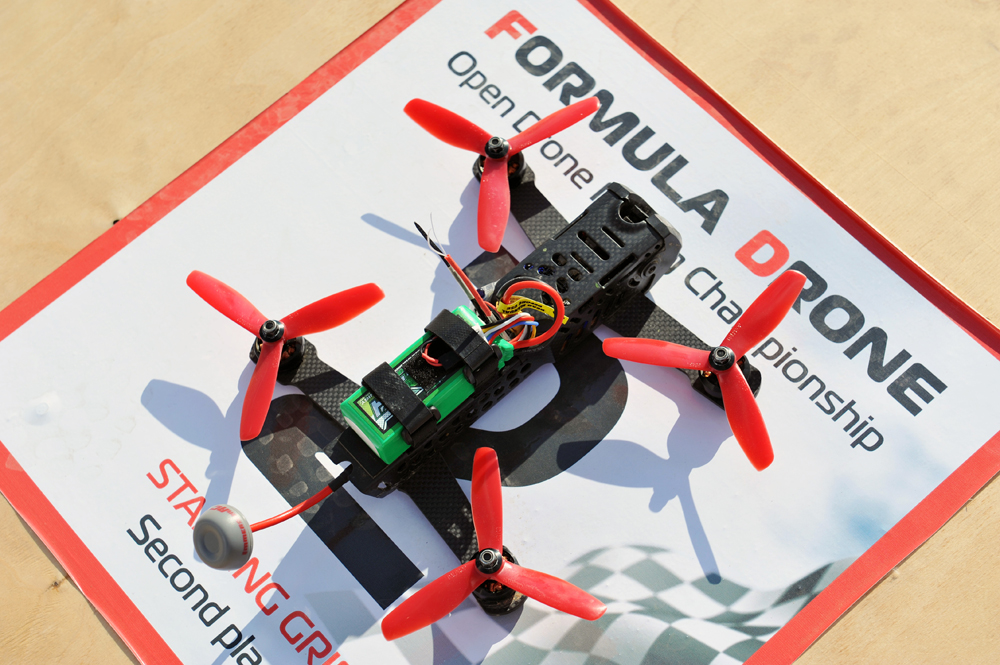 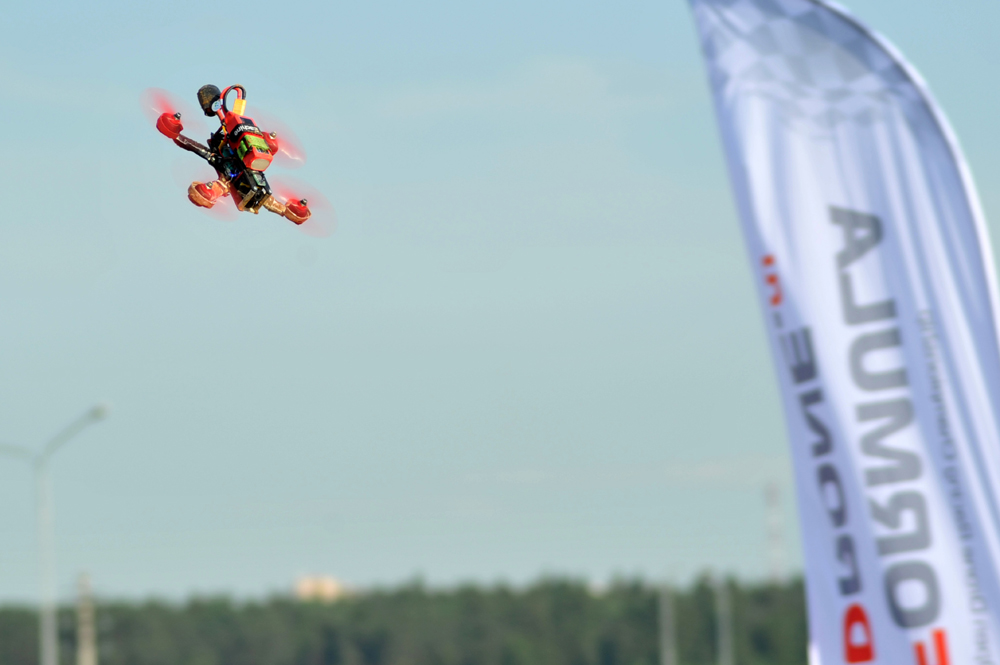 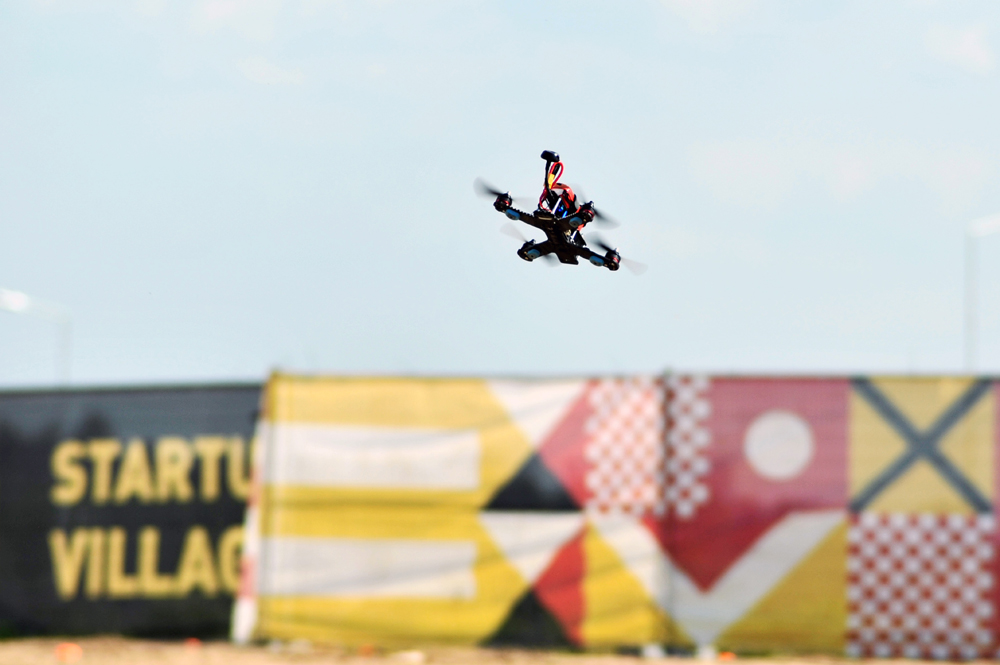 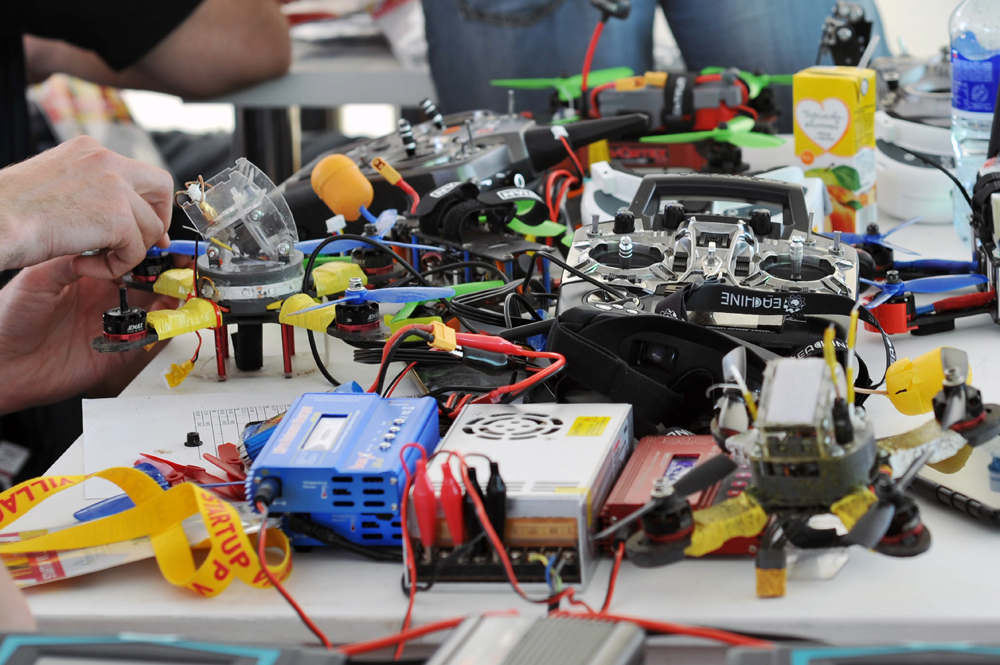 Serebrennikov is referring to the potential of drone racing rather than to its present. For the time being at least, racing copters do not draw as many fans as racing cars.

The first Formula Drone championship was held at the Skolkovo innovation center (near Moscow), during the Startup Village conference on June 2 and 3, and it was difficult to say that there were a lot of people: about 30 pilots and small support groups. But when the flights began and the buzzing sound of drones is heard across the whole of Skolkovo, a crowd slowly gathered around.

It’s easy to become a drone racer. The necessary parts to build your own copter cost from $100 to $300. Then it all depends on the imagination and hard work.

"The drones that are taking part in the race now are assembled 90 percent by children's own hands," says Serebrennikov.

Copter owners train right in the streets:"In Russia, everything is simple – there are lots of open spaces," says racer Vladimir Meshcheryakov.

"In summer, you can just go out and fly near home, in any park." In winter, he says, pilots prefer to train in covered parking lots.

Drone pilots are mainly young people, but there are exceptions. In the technical area not far from the Formula Drone race track, another rider, a fat middle-aged man, is persuading the father of a 13-year-old boy, who is the race's youngest pilot: "You should fly, too! I propose to set up a special race for those over 40. We will fly in a bar – between glasses, under the tables. A prize for the winner will be a glass of beer!"

At the end of December 2015, the lower house of the Russian parliament, the State Duma, adopted a law on compulsory registration of all drones heavier than 250 g, or 8.8 ounces (the average weight of a racing copter is 300-800 g). 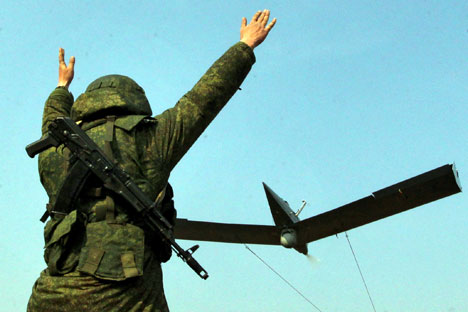 The registration process was onerous, and the bill angered racers and caused bureaucratic confusion.

"Sometimes, 12-year-old children came along with toy drones and asked to register them," says Meshcheryakov. "It has become clear that the law needs to be improved."

"A race on the scale of Formula Drone was first held in the West about a year ago," says Meshcheryakov. "Now all over the world, a race is no longer tied to some kind of event, such as Startup Village. On the contrary, other events are tied to a drone race, because it attracts people."

Meshcheryakov knows what he is talking about. In April 2016, he and his team took third place at the first international copter championship, the World Drone Prix, in Dubai. The Russians won a total of $150,000.

Such sums are not the limit for drone racing. One of the organizers of the World Drone Prix, the Crown Prince of Dubai, Hamdan bin Mohammed Al Maktoum, believes that drone racing will become a $4 billion industry by 2020.

Gaps and opportunities for growth

In Russia, however, the scale is so far more modest.

"The world has already a lot of professional pilots with sponsorship contracts who make a living from races," says Meshcheryakov. "For me and the other Russians, this is still a hobby." And the awards are more modest: The total Formula Drone prize fund is 75,000 rubles ($1,140).

But the organizers are confident that the mere holding of races on a nationwide scale is a big step forward. Previously, drone racers competed only in small local races without sponsors and partners.

Now Formula Drone, after the success of the first championship, can become a strong platform not only for drone racing, but also for the design of drones and the development of new technologies related to drones.