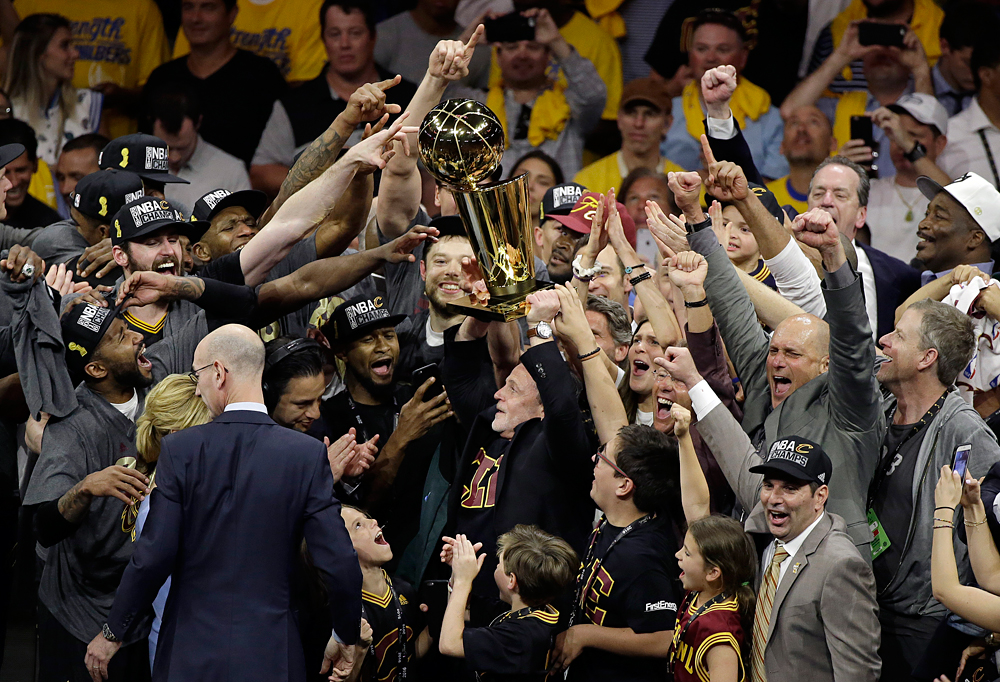 Cleveland Cavaliers players and staff celebrate after Game 7 of basketball's NBA Finals between the Golden State Warriors and the Cavaliers in Oakland, Calif., Sunday, June 19, 2016. The Cavaliers won 93-89.

AP
Timofey Mozgov and Alexander Kaun, together with LeBron James, celebrated their championship victory in the NBA finals, as the Cleveland Cavaliers saved a seemingly hopeless series against the Golden State Warriors.

Mozgov was playing in his second NBA final in a row. Last year the Cavaliers were also in the finals against the team from Oakland, but Golden State carried the day, winning the series 4-2. This year, Mozgov spent an average of five minutes on the floor, scoring 1.4 points per game.

Cleveland's other Russian player, Alexander Kaun, made his NBA debut this year and played in 25 regular season games, but never in the playoffs.

"This is a super success for Cleveland, which managed to turn the series around in the seventh game and did something that no one had done before - winning the NBA championship despite being down in the series, 1-3,'' said the president of the Russian Basketball Federation, Andrei Kirilenko, who used to play for the Utah Jazz and Brooklyn Nets, reported the TASS news agency. ``I am particularly proud that we now have our own NBA champions, Tim Mozgov and Sasha Kaun. I am incredibly happy for them.''