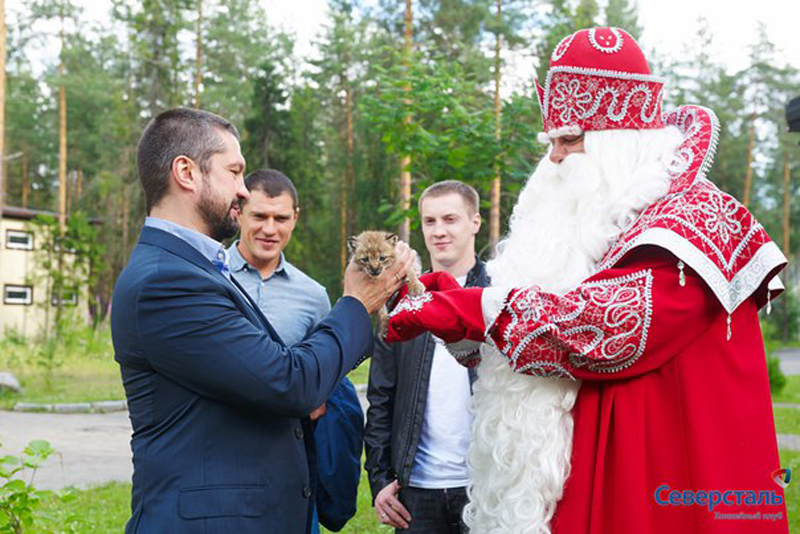 Ded Moroz handed the lynx over to representatives of HC Severstal.

vk.com/hcseverstal
A live lynx was recently announced as the new mascot of Russian hockey club Severstal – but in fact this is nothing unusual: A number of teams around the country already have their own living and breathing talismans. Here are six of them.

The Severstal Cherepovets hockey club became the proud owner of a live mascot, Seva the lynx, on July 7, 2016. The purchase was announced on the club’s official website. Ded Moroz himself, the Russian equivalent of Santa Claus, handed the lynx over to representatives of HC Severstal. 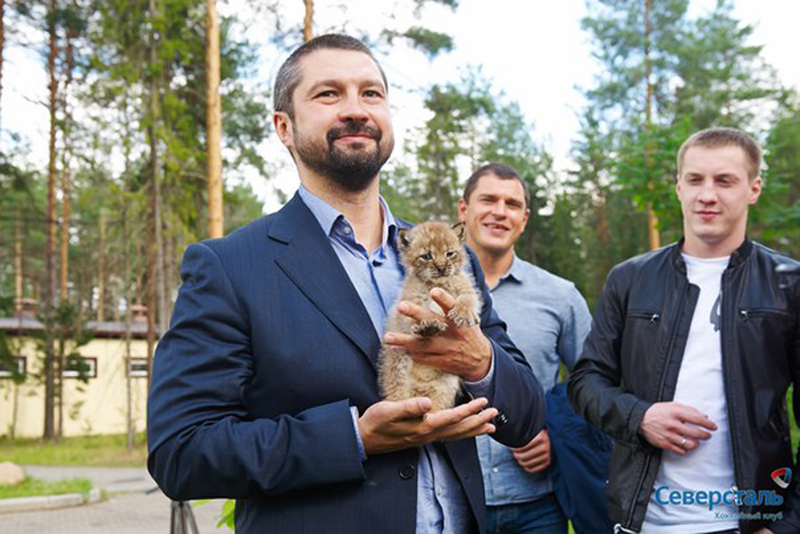 “I give you this lynx so that the hockey players of Severstal will be just as speedy, just as fearless, just as sharp-clawed and sharp-toothed as a real lynx. I wish the team the best of luck for the season ahead. Play well!” he said at the handover ceremony, which took place in Veliky Ustyug (468 miles northeast of Moscow). 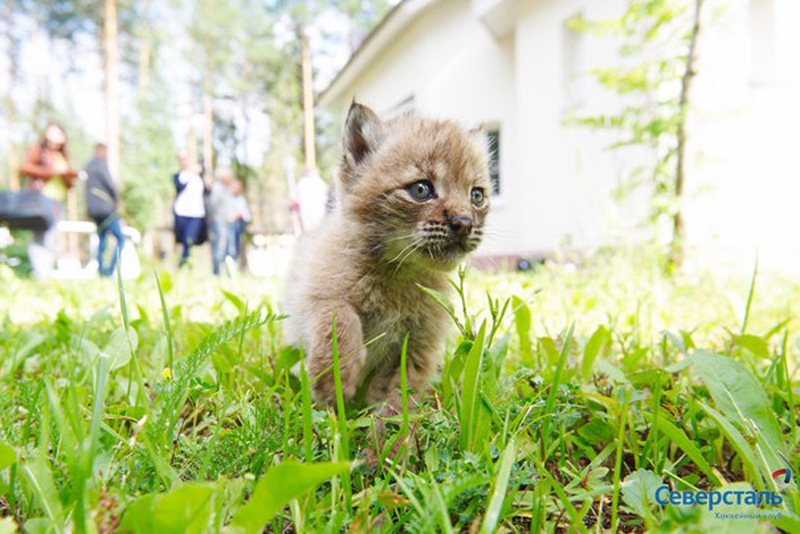 Straight away, the sharp-clawed little ball of fluff tried to pull the manager of the club, Alexei Koznev, towards himself.

“He has a good character, he’s tenacious. Just what you need to be a hockey player,” said Koznev. 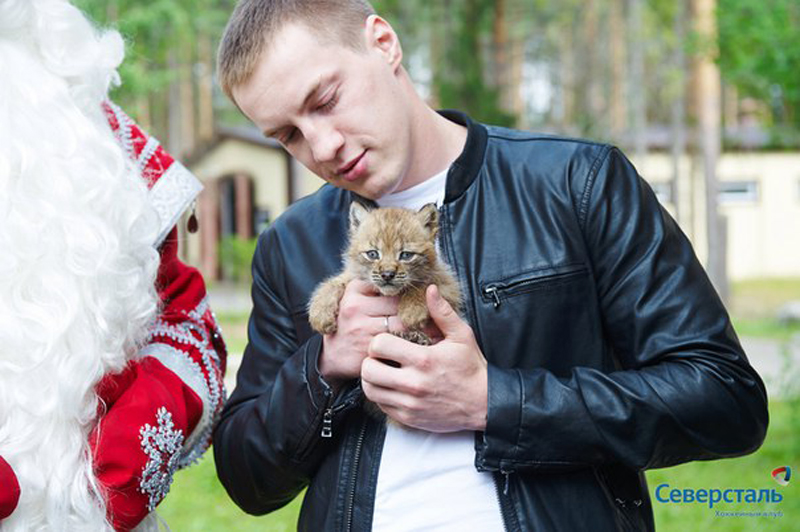 Vladimir Karabanov, director of the zoo within “Ded Moroz’s Estate” where the lynx lives, added: “Even though he’s only young, he is already showing that he’s a tough character with great fighting spirit. He’s quick, dexterous and brave, and his claws are sharp. I think that he will be a very worthy mascot for the hockey team.”

Fans of the Yuzhny Ural Orsk hockey club are greeted before each match not only by the players, but also by their quirky mascot Stepan Khorkov. In fact, Stepan has a real-life prototype – a live polecat by the name of Stepan, who came to the club in September 2012.

As well as being a constant presence at matches, the live mascot is able to predict the way a game will go. Before the start of a match Stepan is given two bowls with the emblems of the competing sides, and fans wait with bated breath to see which of the two the polecat will poke his nose into. If you believe Stepan’s judgement, then the team whose bowl he chooses can look forward to victory.

This red-haired beauty came to the team five years ago and straight away won the hearts of the team’s fans, its players and its head coach. Many believe that Mashka the cat brings good luck to Dynamo and defeat to its opponents.

During one match the cat darted under the feet of Alexander Radulov, the star player of the away team, CSKA. He tripped over, after which Dynamo gained the upper hand, causing CSKA to lose not only the game but the whole series. It was this story that made Mashka everyone’s favourite, and gained her an extra 1,500 followers on Instagram and Twitter. 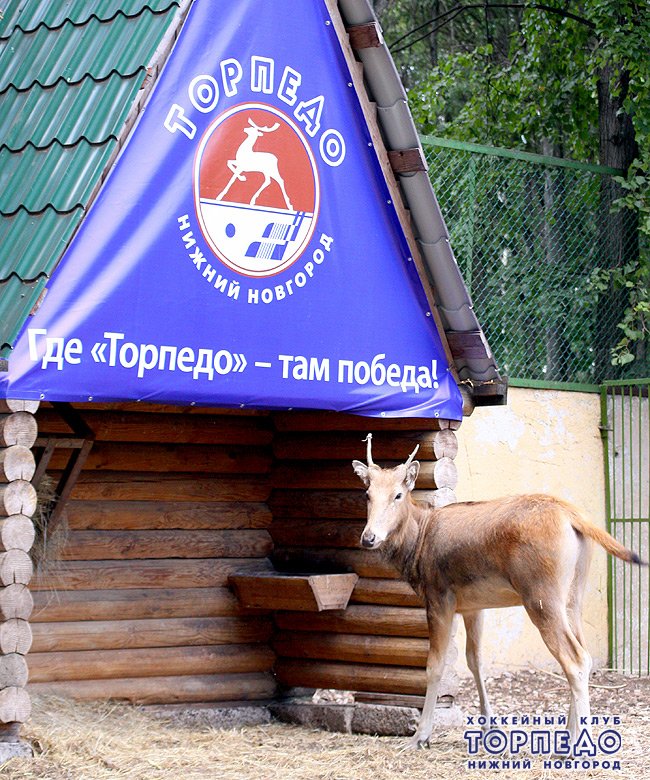 Nizhny Novgorod’s local hockey club Torpedo decided to stand out from the crowd and chose a reindeer as its mascot. His name was chosen through a vote put to fans. The majority of votes went to the name “Thor,” the Scandinavian god of thunder and lightning and a symbol of aggression and team solidarity. The club’s management supported the decision, noting that the name fits the club’s mascot well. 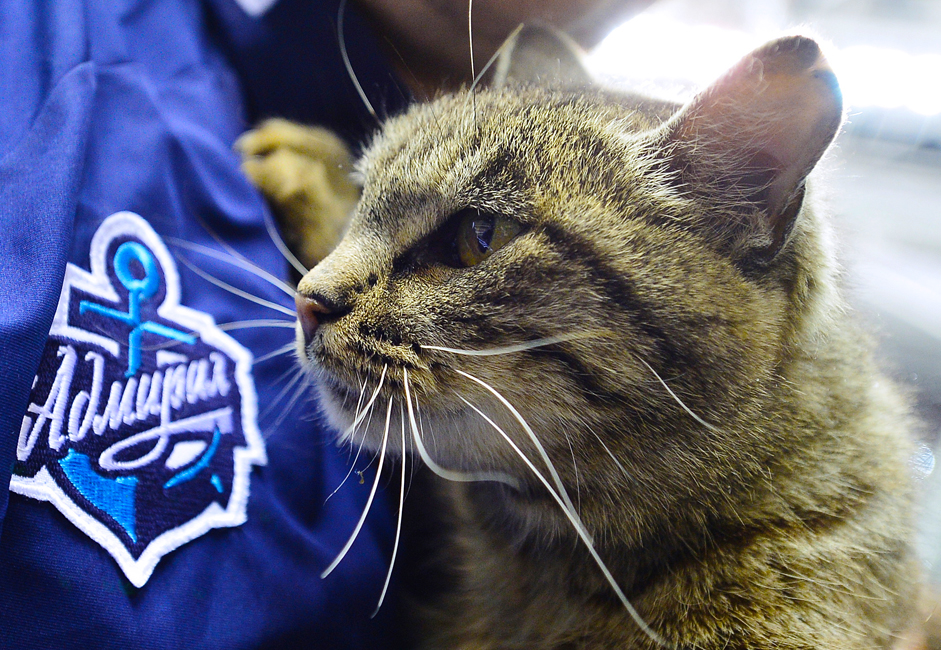 Something unusual happened at Vladivostok airport in December 2014: A cat broke into a delicatessen and gorged its way through meat products to the value of 60,000 rubles ($1,100 at the time).  The cat’s “New Year’s party” paid off: Not only was she not punished, but even went on to become the mascot of the city’s Admiral hockey club.

Matroska even had her own Instagram account with 5,000 followers. Sadly, the cat died in June 2016 following a long illness.

The official mascot of Sibir Novosibirsk is a fairly formidable-looking snowman who makes an appearance before each match. It also has a live mascot, however – at the end of 2014 fans left a live lamb in a box by the entrance to the Ice Palace, HC Sibir’s ground. 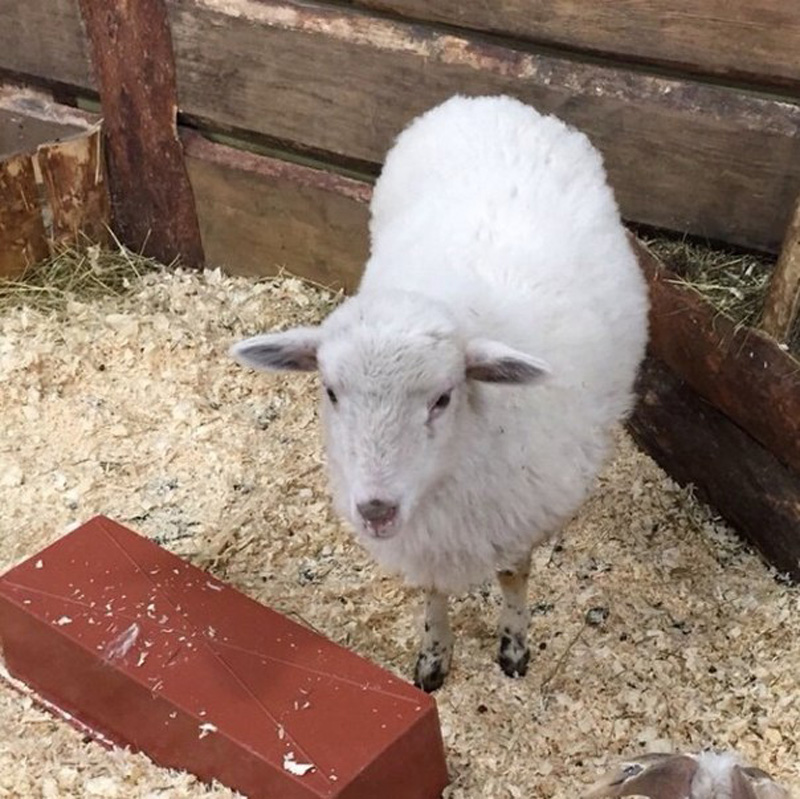 The gift was gladly received by the players, who called it Snezhinka (“snowflake”) and handed it over to a petting zoo. Since then, the live mascot has put in appearances from time to time together with the snowman at the beginning of matches.