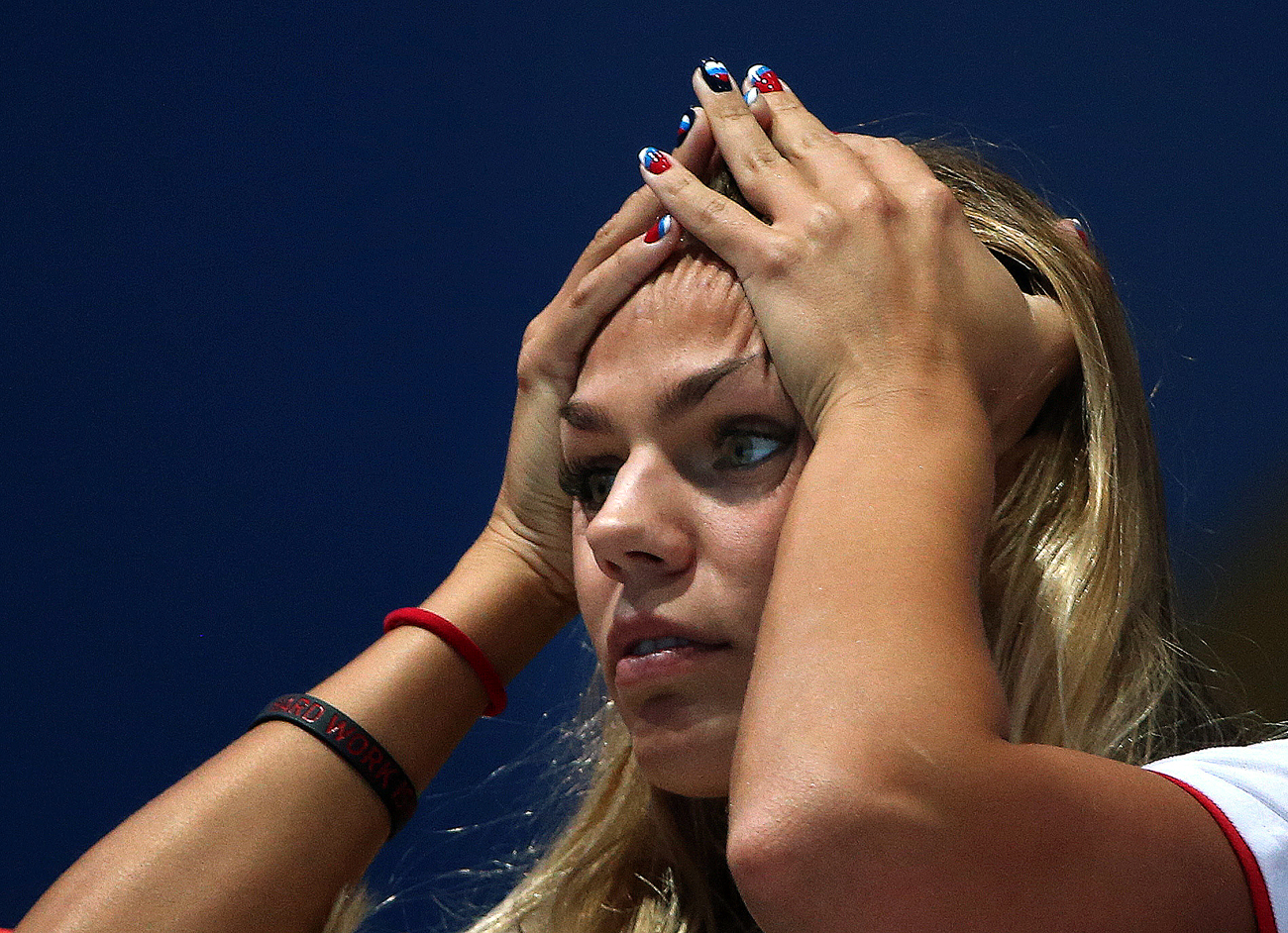 Russia's swimmer Yuliya Efimova may appeal her ban to the Court of Arbitration for Sport.

Valery Sharifulin / TASS
Swimming champion Yulia Efimova joins the track and field athletes in missing out on the 2016 Olympics due to an IOC ruling that any Russians who have previously served bans for doping are also barred from competition in Brazil.

The IOC's decision of July 25, which opened the way for Russian athletes to the Olympics in Rio, however, has led to significant personnel losses.

The reason for the new bans was a ruling that Russian athletes with previous doping bans – including those who had already served their bans and were again allowed to compete – would be banned from the Games.

Despite the discriminatory nature of this measure (athletes from other countries who have served their doping bans will participate in the Games, while U.S. sprinter Justin Gatlin will go to Rio, despite two doping violations), Russian officials have accepted this decision without objection.

The International Water Sports Federation (FINA) was the first to respond to the IOC's position, announcing seven Russian swimmers who were no longer eligible to compete in Rio. These include Russia's leading swimmer, the reigning world champion in the women's 100m breaststroke, Yulia Efimova, as well as Vladimir Morozov and Nikita Lobintsev, both 4x100m freestyle bronze-medal winners at the 2012 Olympics.

However, Efimova's agent Andrei Mitkov said she would appeal her ban to the Court of Arbitration for Sport (CAS). Efimova's lawyers are most likely to refer to the 2011 case of LaShawn Merritt against the IOC, where the U.S. sprinter managed to prove the illegality of his exclusion from competition after serving his ban.

FINA was followed by the International Canoe Federation (ICF), which banned five Russian athletes, whose names were featured in the WADA Independent Commission report. The International Volleyball Federation (FIVB), in turn, banned Russian player Alexander Markin, who is suspected of using the illegal substance meldonium.

Many Russian athletes who have served doping bans in the past are also at risk of missing the Olympics. These include recent Tour de France winner Ilnur Zakarin and current snatch world record holder Tatiana Kashirina. A lack of certainty over many individual athletes is likely to persist until only a few days before the start of the Games.

The most difficult situation is in weightlifting and rowing, where Russian athletes have tested positive for doping on several occasions in recent years. The international federations of these sports are discussing the possibility of banning the entire Russian team, just like the IAAF did to the track and field athletes.

At the same time, all seven Russian tennis players – including U.S. Open 2004 and Roland Garros 2009 winner Svetlana Kuznetsova – have been given the green light to compete at the Rio Olympics.

Just a few hours after the announcement of the IOC's decision, the International Tennis Federation (ITF) said it had no complaints about any of the Russian tennis players.