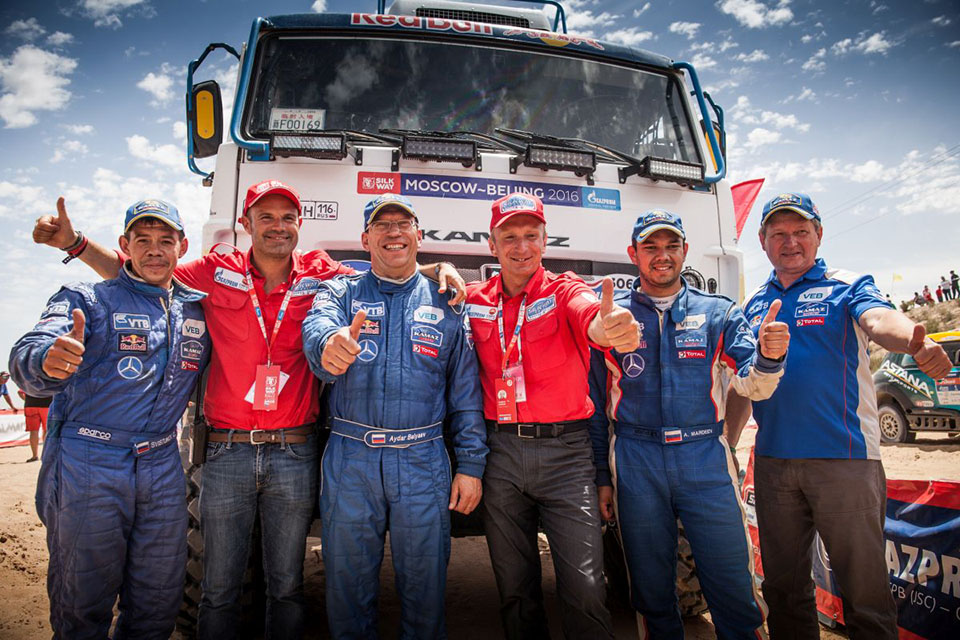 Press photo
RBTH correspondent Svetlana Brailovskaya traveled with the drivers of Russia’s KAMAZ-master team as they took part in the Silk Way rally from Moscow to Beijing. Here she reports on the second half of the epic 7,000-mile race across Asia as the competitors battled across the dunes of the Gobi Desert to the finish line in the Chinese capital.

Flowers, champagne and the exultant cheers of the fans at the famous Bird's Nest Stadium in Beijing: The last note of the Silk Way Rally will be immortalized in the glossy photos showing the winning drivers on July 24.

However, the road to China was much less glamorous. The rally's participants had driven 6,670 miles (10,735 kilometers) from Moscow to reach the Chinese capital and the route was a real challenge of their skills and endurance.

Showdown on the sands

The most difficult kilometers were the last. The organizers had made the final stretch a real test for the drivers: 70 kilometers of nothing but sand around the town of Hohhoto were supposed to dot all the i's in this seemingly endless race. The plan worked – the strongest overcame the fearsome dunes. 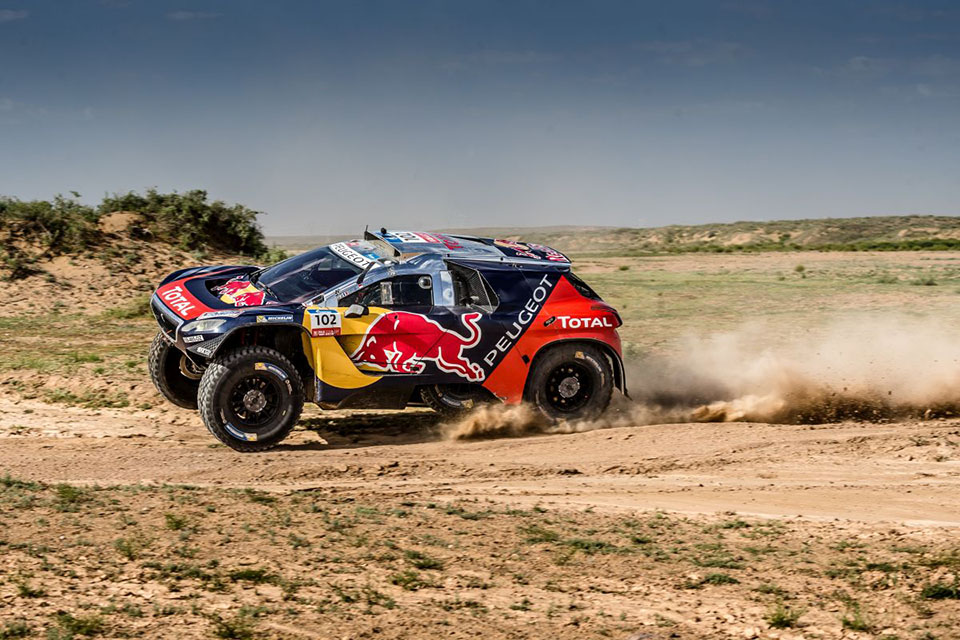 In this pitiless desert the KAMAZ-master team led by Airat Mardeyev and Dmitry Sotnikov was finally able to lose Dutchman Martin van den Brink, who had kept the Russian trucks on their toes for the entire rally.

"This race has shown that our competitor is very serious," said Sergei Savostin, manager of the Russian team. "He’s well prepared, he has excellent technology. He has a new automatic transmission. Before him no one ever had automatic transmission in the rallies. But he managed. Such rivals in a race create an intrigue, they want to conquer new heights." 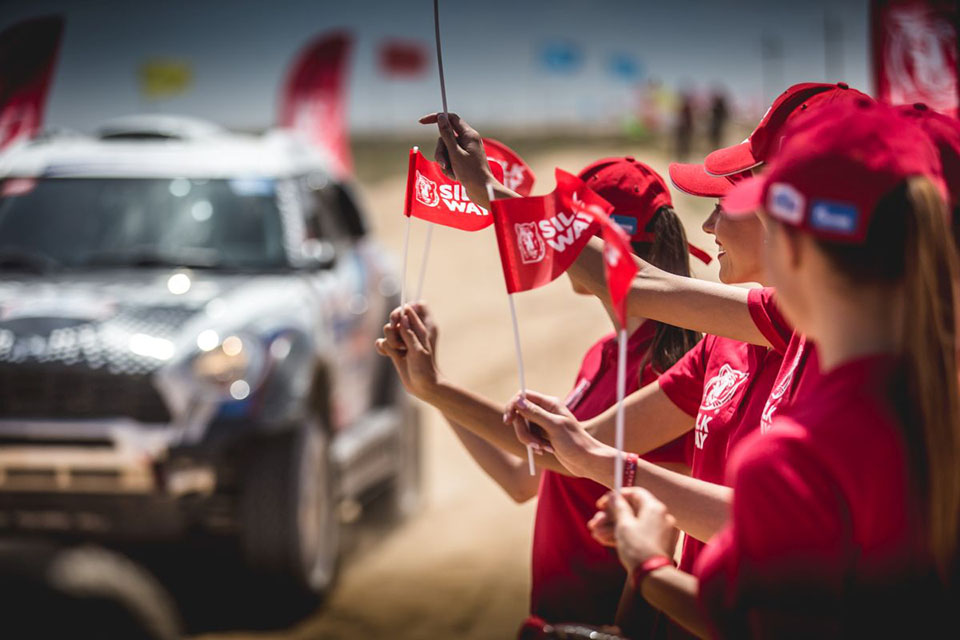 The intrigue continued until the last few days of the rally. Mardeyev, the eventual winner in the truck category, had wanted to gain an early advantage so that at the end he would have some spare time. This helped him cross the final stretch of sands without hurry, and without a single error. 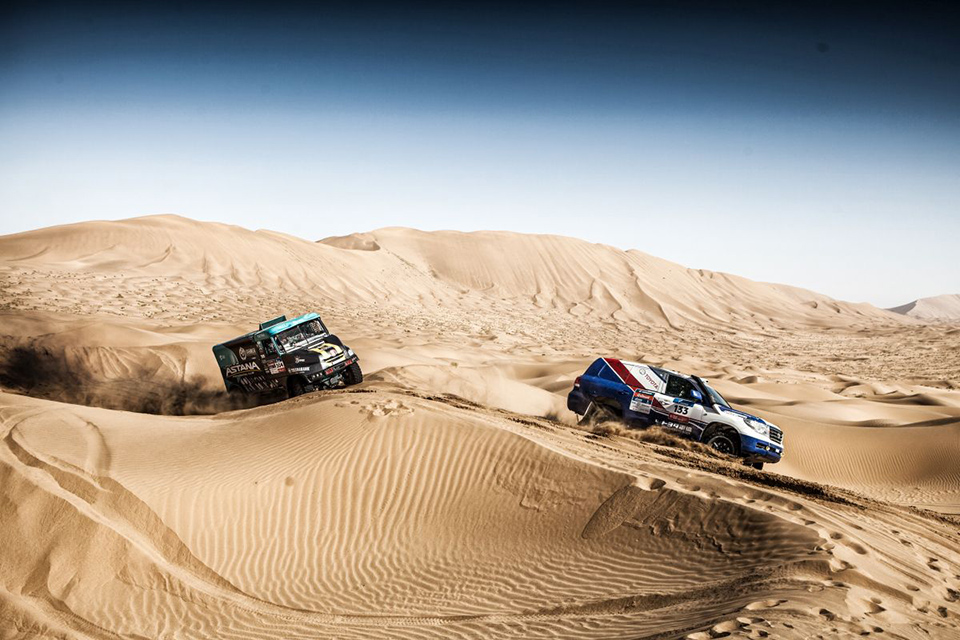 "We slowed down a bit, drove calmly, because we didn't see anyone behind us in the rearview mirror," said Mardeyev. "We had the chance to admire some beautiful dunes. Believe me, this is a rare opportunity. I can't say that the sands were difficult for us, but we always kept in mind that appearances can deceive. In some places the dunes are very treacherous." 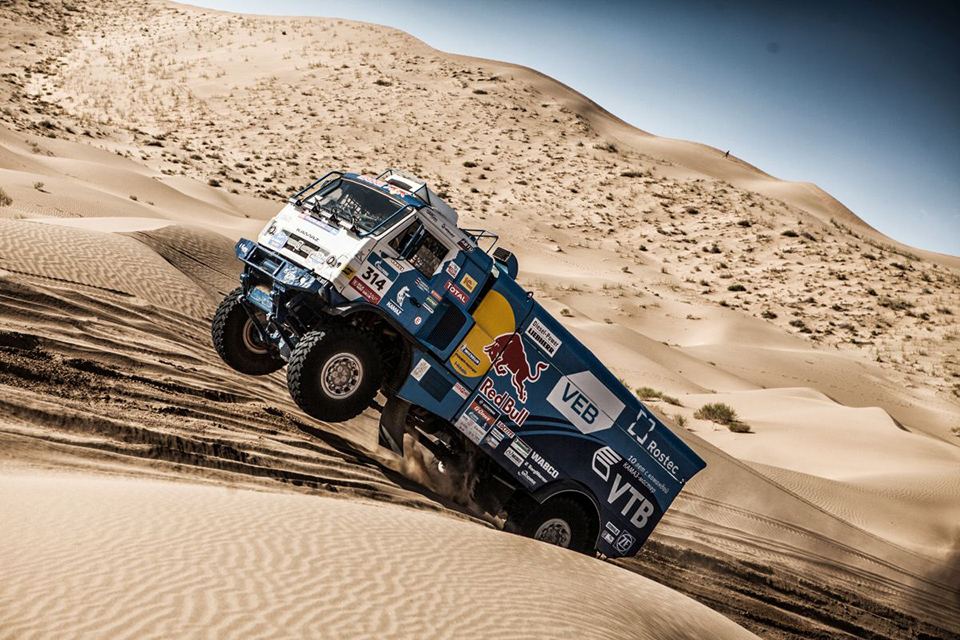 Van den Brink was also happy to have made it to the podium. On the last day of the race he turned 46 years old and in his words, this was the best birthday he had ever had.

Offroads: downfall of the favorites

In the offroad standings the identity of the winner became clear only at the last minute. Several participants had competed for first place on the podium.

Sixteen-time Dakar winner Stéphane Peterhansel had set the bar high from the very beginning. But in the Kazakhstan leg he got into an accident and lost too much time to make up for it. 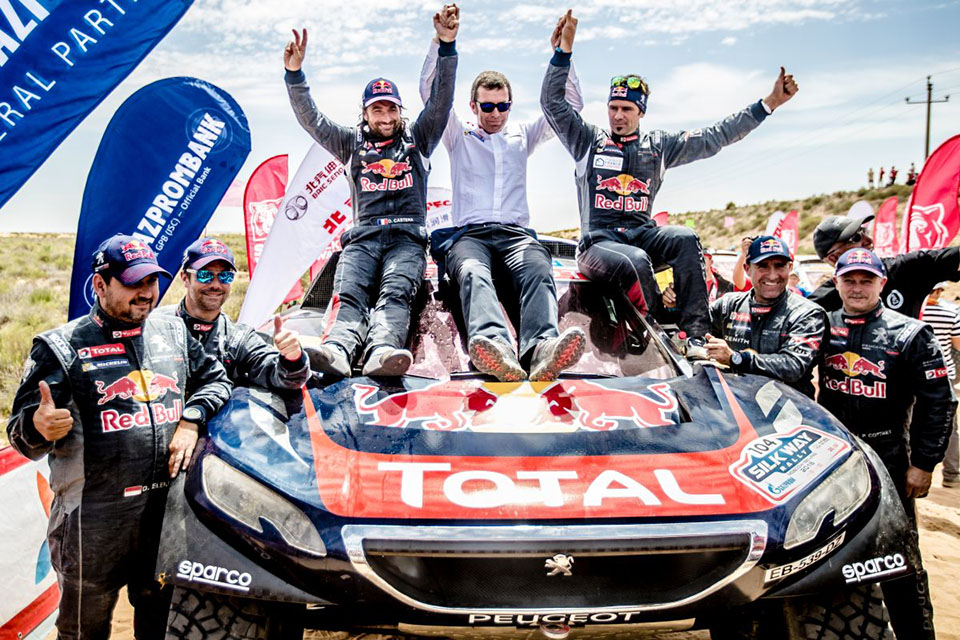 However, his Team Peugeot Total mates Cyril Despres and Sebastien Loeb took up the baton and threatened to pass everyone. 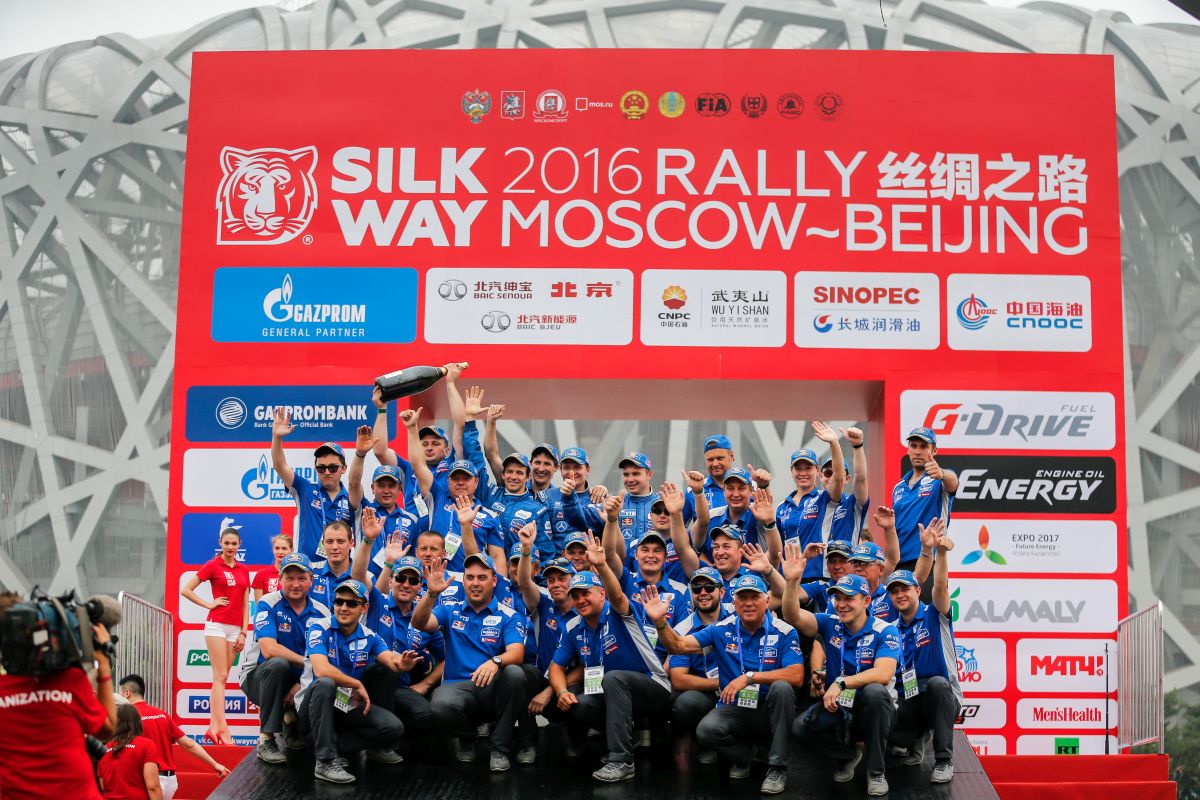 But close to the finish Loeb was penalized for having missed an obligatory navigation checkpoint and was downgraded in the final standings. This helped Saudi driver Yazeed Al-Rajhi from the X-Raid Team to snatch second place and Russian driver Vladimir Vasilyev from the G-Energy Team to reach third. The offroad winner was Frenchman Cyril Despres, who had been one of the favorites.

The spirit of the white lion

The winning crews were presented with bronze heads of white tigers, the rally's new symbol. The organizers explained that the change of the talisman (before it was a camel caravan) is related to the race's new concept – for the next several years the Silk Way Rally will take place on Russian and Chinese territory. 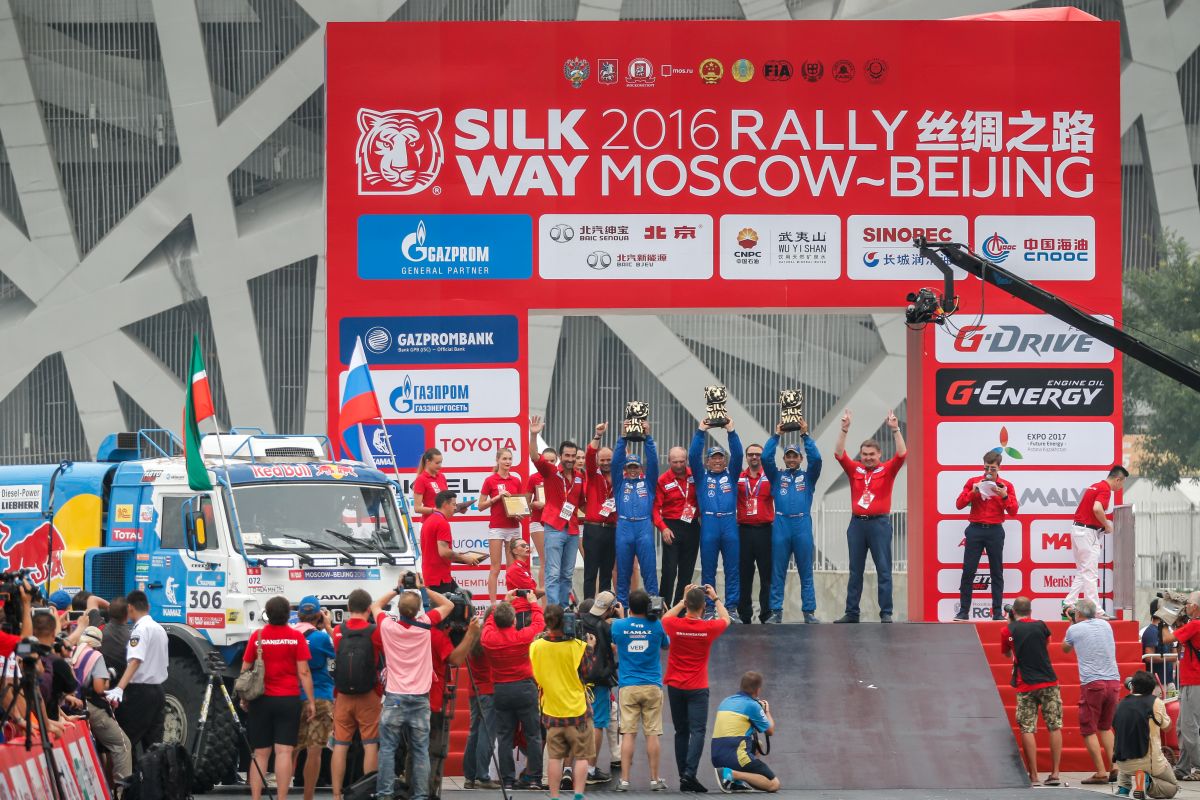 In Chinese mythology the tiger symbolizes courage and a strong inner spirit. In the future this talisman will continue to inspire and protect the rally's participants.