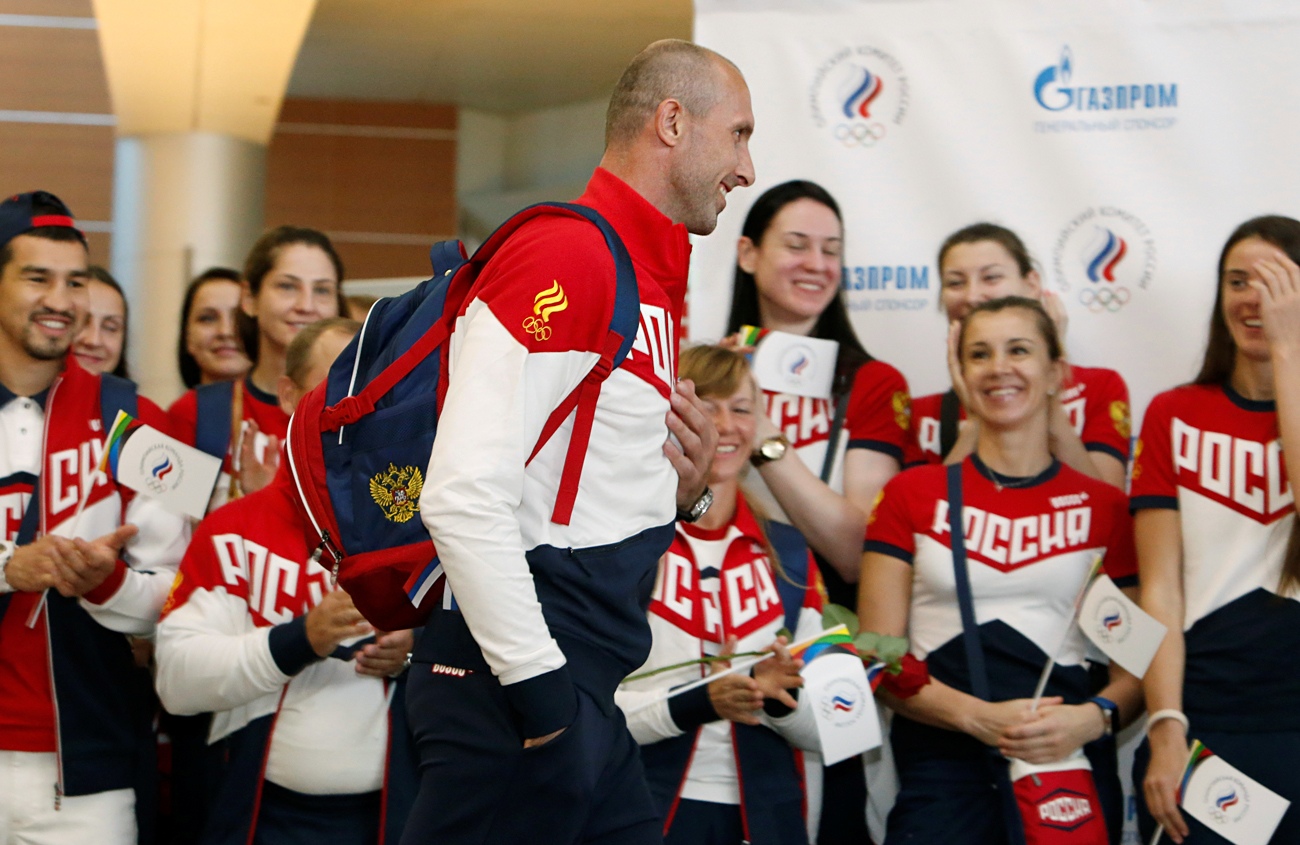 Reuters
The Rio Olympic Games will be Sergey Tetyukhin’s sixth

Russia’s titled volleyball champ Sergey Tetyukhin has been officially named the national Olympic team’s flag bearer at the opening ceremony of the 2016 Summer Olympic Games in Brazil’s Rio de Janeiro this Friday, a source in the country’s delegation told TASS on August 3.

"Tetyukhin has been officially elected to carry the flag of the Russian national team at the opening ceremony of the Olympics," the source said in an interview with TASS.

Konstantin Vybornov, a spokesman for the Russian Olympic delegation at the 2016 Rio Games, told TASS earlier that the name of the flag bearer would be announced on Wednesday when the Russian national flag would be raised in the Olympic Village during a ceremony scheduled for 7:30 p.m. local time (22:30 GMT).

Two-time Olympic Champion Isinbayeva was viewed as the leading candidate to be the Russian team’s flag bearer, but she was suspended with the rest of the national track and field athletes by a decision from the International Association of Athletics Federations (IAAF) made earlier in the summer.

The 31st Summer Olympic Games, the very first for South America, is scheduled to be held in Rio from August 5 to 21. The Paralympic Games will take place between September 7 and 18.