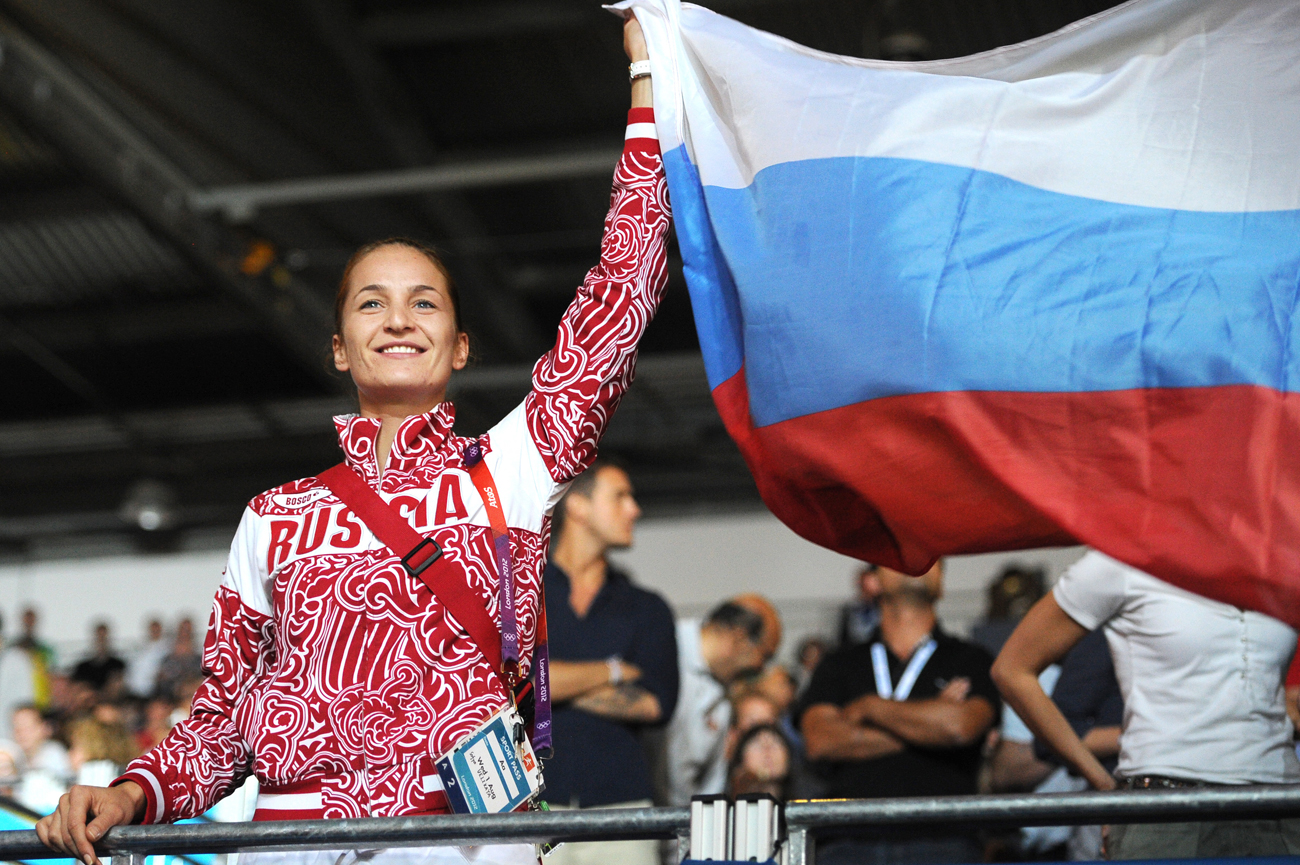 Russia's fencer Sofya Velikaya will be returning to the sport after having become a mother. Photo: Velikaya at the 2012 London Summer Olympic Games.

Valery Sharifulin/TASS
Due to the doping scandal the Russian national team will now lack many potential medal winners. However, even with this reduced team Russia has star athletes who can achieve significant results in Brazil. Here are three names to watch.

Fans have been used to seeing Russian gymnasts on the podium since the times of Alina Kabaeva, who shone in the beginning of the 2000s. But Yana Kudryavtseva, Russia's current star, has eclipsed even Kabaeva.

Just 18, Yana is already a 13-time world champion (Kabaeva has nine world titles). The blonde girl is heading for her debut Olympics as a favorite: Having entered adult sports in 2013, she has become the youngest world champion ever. And Kudryavtseva has given no reason to doubt her superiority in the future as well.

Fans have called Kudryavtseva “an angel with iron wings.” But this frail, pretty girl certainly has nerves of steel. At her first world championship in 2013 in Kiev, during the rhythmic gymnastics qualification round, the music accompanying her performance was interrupted several times, but this irritating incident didn’t prevent her from completing her program with excellence.

"Actually, I never worry. Perhaps that is just how my nervous system is," Kudyavtseva said in an interview with Sport-Express.

It is possible that it was her unique psychological stability that helped her win five gold medals at the 2015 world championship in Stuttgart, even though she had a fractured foot.

However, Kudryavtseva should not be considered a perfect robot. She admits that it is difficult for her to ideally perform her programs when she is in a bad mood. In the national team, despite the tough competition, she is friends with her main rival, Margarita Mamum. They both take care of the team dog, a Pomeranian Spitz named LeBron James.

Romashina performs during the Show of Olympic champions in synchronized swimming in the Swimming Pool of the Olimpiysky Sports Complex in Moscow. Source: Stanislav Krasilnikov/TASS

Russian synchronized swimmers have accustomed everyone to victory and now most fans consider their achievements a given.

"God forbid we get a silver or bronze. Then everyone will forget our sport for 10 years," Svetlana Romashina, Russia's top synchronized swimmer, says bitterly.

Romashina is a girl with an incredible track record: A three-time Olympic champion and an 18-time world champion, she has won in the solo, duet and group competition. Her duet with Natalya Ischenko in Rio is bound to become a sensation among photographers, since the Russian girls constantly invent vivid new moves.

For Romashina the Rio Olympics will be her last, since she wishes to spend more time with her family. But her athletic career will not end here: Romashina plans on doing sailing sports, something that her husband introduced her to.

Leaving synchronized swimming will also present Romashina with the opportunity to develop another passion: ballet. Several years ago she intentionally skipped her training to spend a day in St. Petersburg and watch Swan Lake at the Mariinsky Theater.

Sofiya Velikaya has been part of the women's saber fencing elite for such a long time that it seems she has won everything. Well, almost everything. The seven-time world champion is still short of Olympic gold.

She had a chance four years ago in London but in the final she lost to Korean underdog Kim Ji-yeon, who performed miracles on that day. Velikaya will try again in Rio, returning to the sport after having become a mother. In 2015 she won the world championship in Moscow, both in the individual and group competitions.

The 31-year-old athlete believes that her age is not a disadvantage but a trump: "The older the athlete, the more responsible he or she is. He is capable of maintaining his concentration, his mental state, not paying attention to things that may distract him. The athlete is mature," said Velikaya in an interview with R-Sport.