3 young Russian athletes who have defied expectations in Rio 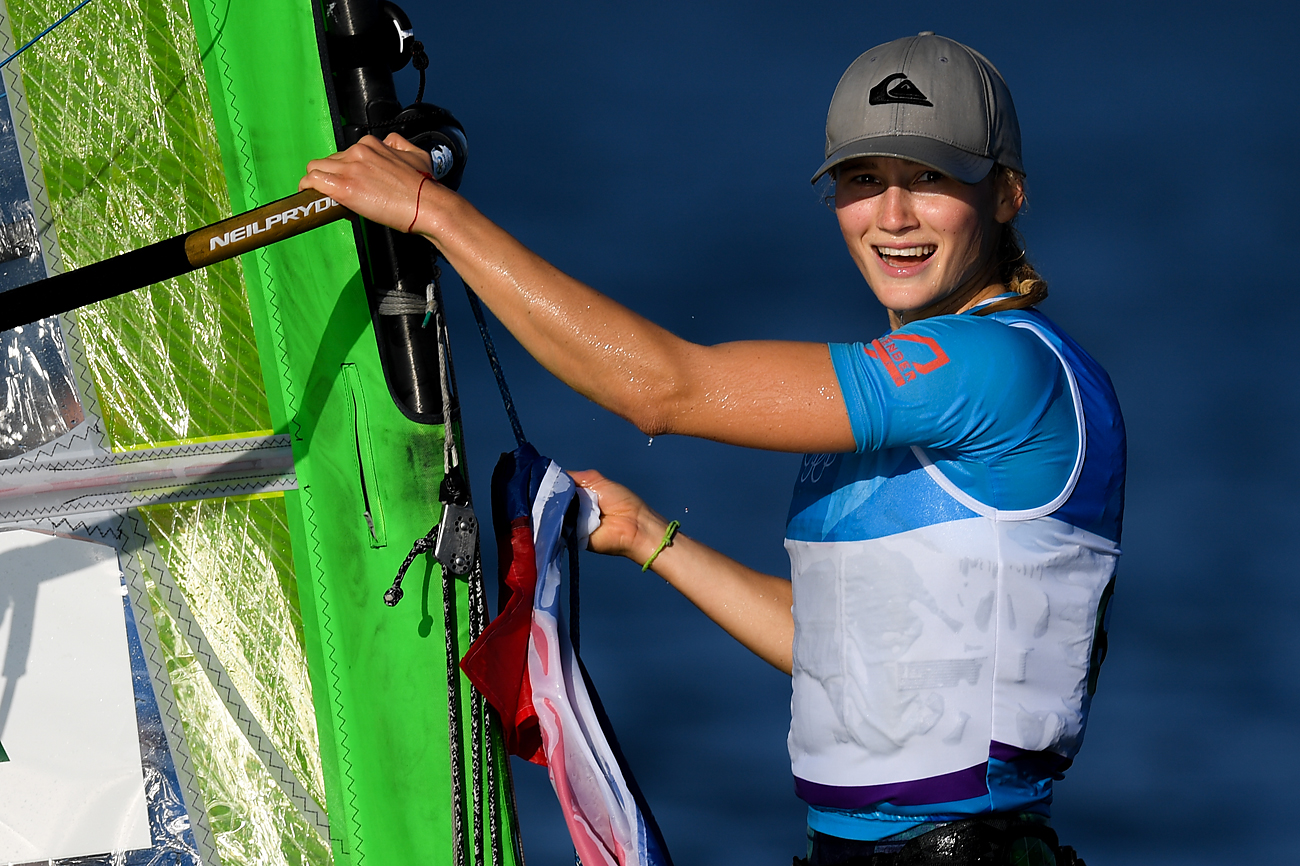 Stefaniya Yelfutina (Russia), winner of the bronze medal in the women’s RS:X sailing event at the XXXI Summer Olympics.

Konstantin Chalabov/RIA Novosti
The roll of Russian medalists in Rio so far features a number of young competitors who are achieving their first Olympic success and pushing the boundaries of their sports. This sailor, swimmer and fencer represent some of the brightest potential in Russia’s new generation of athletes.

"Can I just leave this pic without any comment?" 19-year-old Stefania Elfutina wrote on her Instagram page a couple of hours after her victory at Guanabara Bay.

There is indeed no need to waste words: With her bronze medal in Rio in the RS:X class the young windsurfer has drastically changed the history of Russian sailing sports. The last and until recently only medal that Russia had won in this sport was in Atlanta in 1996, a year before Elfutina was born.

The blonde girl, who goes by the nickname of “White Shark,” took up sailing when she was six years old. In her home town of Eisk on the Sea of Azov (780 miles south of Moscow) everyone surfs, unlike everywhere else in Russia. However, there was a chance that she would not become the star of the surfboard. As she herself says, in her childhood she did "just about everything else:" swimming, dancing, drawing, painting and even modeling.

Elfutina's mother is a mathematician and hoped that her daughter would follow in her footsteps, since her various hobbies did not prevent the girl from doing well in school, where she studied math and physics. But when she was 12 years old she chose windsurfing, preferring sports to science or the modeling business.

"I am amazed by her persistence. After each loss Stefania never gets upset but immediately starts thinking of the next competition,” says the athlete's mother Lyubov Elfutina. “Before leaving for Rio she told me: 'Going to the Olympics is sports tourism, but competing there is the real contest!’"

Elfutina's state of mind helped her win an Olympic medal in her first year in adult sports. Vivid and original, Russia's “White Shark” can become an example for many in her country, where sailing is still not very popular.

Evgeny Rylov, winner of the bronze medal in the men's individual 200m backstroke at the XXXI Summer Olympics, during the award ceremony. Source: Alexander Vilf/RIA Novosti

While everyone in Rio's Olympic pool was discussing Yulia Efimova and her complex relations with her colleagues, another athlete, who could become just as brilliant as Efimova, was calmly powering his way to third place in the 200m backstroke.

Unlike the emotional Efimova, 19-year-old Evgeny Rylov is tranquility personified. During the award ceremony the bronze-medal winner appeared completely impassive.

"My dad wanted me to leave all my extra energy in the pool," Rylov told the mass media. Rylov actually has so much energy that at the age of 18 he joined the elite world of swimming, winning the bronze medal at the world championship in Kazan.

In Rio, Rylov set a European record, missing out on the silver just by one hundredth of a second. Ahead of him were American Ryan Murphy and Australian Mitch Larkin.

"I know my rivals. It's possible to compete with them," said Rylov, who serves in the Moscow Region’s police force when he is not swimming. There is a big possibility that this thoughtful and purposeful police sergeant will sooner or later defeat his rivals.

In fencing, where the most important thing is experience and equanimity, young athletes rarely achieve any victories. However, this does not concern Yana Egorian, the 22-year-old from Moscow who at the age of six came to Russia with her family from her homeland, Armenia.

On her Olympic debut she beat no other than female fencing legend Sofia Velikaya. Everything was decided with the final lunge. "Luck and only luck… With the score at 14:14, a snap of the finger decided everything," explained Egorian. She admits that it was psychologically difficult to fence with her idol and friend.

"She fences with courage and it is courage that gives her additional strength and energy," said her coach Ilyar Mamedov when asked to reveal the secret of his pupil’s success.

On that victorious day in Rio Egorian's uncontrollable emotions were captured by all the mass media sources. Two days later she was celebrating her second gold as member of the saber team – this time alongside Velikaya.

Egorian's Olympic dreams would not have come true had she abandoned the sport several years ago: She was tired of the pressure and considered quitting. She found fresh motivation when her mother called her a weakling.