Yelena Isinbayeva to fight for athletes' rights within the IOC 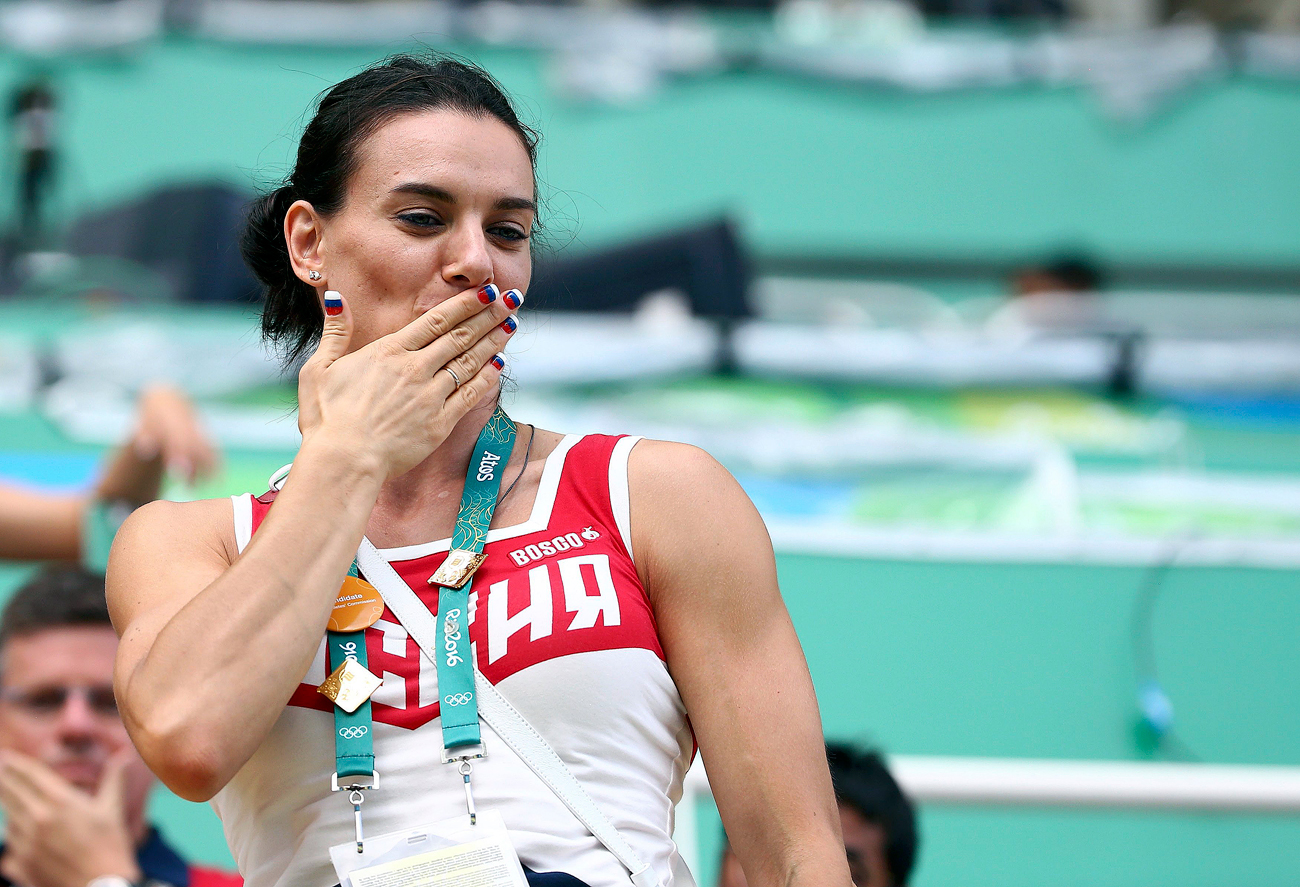 Yelena Isinbayeva: "It’s nice to be a sort of bridge between Russia and the IOC."

Reuters
Russia’s 34-year-old pole vaulter and two-time Olympic champion Yelena Isinbayeva has been elected to the IOC Athletes' Commission and says she will strive to give athletes a greater voice in dialogue with the IOC.

Yelena Isinbayeva may have suffered the frustration of being banned from competition in Rio together with the Russian athletics team after the doping scandal, but the two-time Olympic pole vault champion has now received some good news – she has been elected to the International Olympic Committee’s Athletes' Commission.

All 5,185 athletes participating in the Rio Olympics took part in the elections on Aug. 18, in which 23 candidates were vying for four vacant positions in the IOC Commission. Isinbayeva received 1,365 votes.

The Athletes' Commission is the IOC's consultative body – it represents the interests of the athletes. The commission's decisions bear a recommendatory nature for the IOC's administrative organs. Like all the commission members, Isinbayeva was elected for an eight-year term. This means that Russia will maintain its representation within the commission since the authority of the current Russian representative, swimmer Alexander Popov, will end on Aug. 21.

A course towards a more effective dialogue with the IOC

Russian officials have linked Isinbayeva's election to the recognition of Russian athletic merits. "Isinbayeva, with her authority and great athletic achievements, will help Russia strengthen its position on the international sports stage," said President of the Russian Athletics Federation Dmitry Shlyakhtin in an interview with the TASS news agency.

Isinbayeva said that she would try to build a more productive dialogue between the IOC and Russia: "First and foremost I will protect the rights of the athletes. Today this is very important and the athletes' voices must be heard. It’s nice to be a sort of bridge between Russia and the IOC," the TASS news agency cites her as saying.

The effect of image

Sports lawyer Artyom Patsev believes that the element of image in Isinbayeva's new role is more important than her direct influence on the IOC's decisions.

"Athletes' Commission members do not make juridically crucial decisions. They do not have the right to annul the decisions made by the IOC's executive committee, but their opinion has a lot of weight within the IOC and in the media landscape," Patsev told RBTH.

In his words, Isinbayeva's new job will help her speak with a completely new status: She will have a platform from which to inform the world athletics community of an alternative opinion, of another position, different from the views of U.S. Anti-Doping Agency head Travis Tygart and former World Anti-Doping Agency chief Richard Pound.