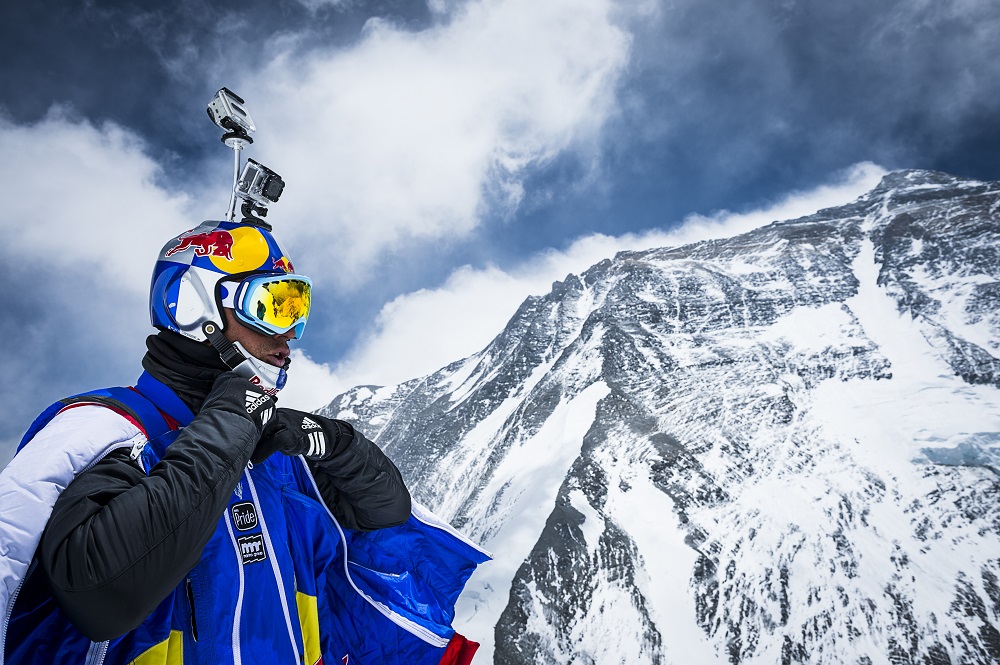 Valery Rozov: Risk is a way of life.

Thomas Senf/Red Bull
Can you enjoy your surroundings during a BASE jump? What does a volcanic crater look like when you jump into it? Russian BASE jumper and world record holder Valery Rozov tells RBTH about his risky hobby.

For 51-year-old Valery Rozov, risk is a way of life – and one that he has no intention of changing. Not only has Rozov carried out the highest BASE jump in the world at a height of 7,700 meters, he was also the first to jump into a crater of an active volcano. The media refer to him as “the Russian Batman” or "the man with wings." But Rozov is indifferent to nicknames.

BASE jumping involves parachuting or launching yourself in a wingsuit from a fixed point rather than from an aircraft (BASE is an acronym for the four types of object from which you can jump: building, antenna, span, and Earth). Rozov, who came to the sport via mountaineering, remembers his first jump very well, but for him the impression was not the most vivid of his BASE jumping career.

"Everyone has a different degree of anxiety and for some these are very strong emotions. But I had already been an experienced mountain climber, which also requires very good psychological preparation. That is why I was able to control myself normally. I didn't have any doubt whether I would jump or not."

In BASE jumping you decide everything for yourself

Besides mountaineering, Rozov's parachuting experience was also of help when he started BASE jumping. However, in BASE jumping everything is much more complex, he says.

"The most important moment is making the decision to jump. In the sport of parachuting it is the pilot and the ground services that decide for you. In BASE jumping you decide for yourself,” says Rozov, who jumps without a reserve parachute and a safety device.

“A normal parachutist feels that he is fully in control of his fall. As soon as you exit the plane door you find yourself in an air current. But when you jump off a cliff, you need to push yourself correctly and wait a couple of seconds for the current to appear and make you controllable. And you are also flying at a dangerous proximity to the object," he explains.

BASE jumping has become a real passion for Rozov. He has jumped hundreds of times on all of the world’s continents. However, even the most experienced professional cannot calculate all the risks, since BASE jumps are unpredictable. Often athletes come close to the danger point.

"I used to have problems landing, when I was right on the edge. For example, once I fell into a mountain stream," says Rozov, adding that there are standard solutions for non-standard situations.

"Usually there is time to fix your errors. Sometimes your body works out things by itself when the head still hasn’t become aware of the situation. But still you are not protected. And sometimes, by analyzing the past you realize that it wasn't a major mistake, you were just unlucky and then everything went according to the worst-case scenario."

Once things did not go as planned when Rozov and a friend jumped into a volcanic crater in Kamchatka, in the far northeast of Russia. Surrounded by smoke, they were not able to correctly evaluate the situation and found themselves too close to the surface. Rozov was able to land but his partner's parachute did not open on time. He crashed into a slope and received a spinal compression fracture. Fortunately the injury did not result in disability.

"It was our mistake,” recalls Rozov. “We jumped towards the end of the day, it was our fourth jump, it was rather cold and we were just tired. But the director wanted us to get some more beautiful shots. One little incorrect decision engendered a vicious chain of events.”

During difficult jumps the BASE jumper concentrates only on what is happening. But sometimes it is possible to appreciate the views.

"I can jump off a high cliff and fly in open space above Alpine meadows, where you can land anywhere you want. It’s there that I can delight in the landscape," says Rozov, explaining that a jump off a short cliff is another thing entirely: "Here your brain works like a calculator, analyzing everything around you." 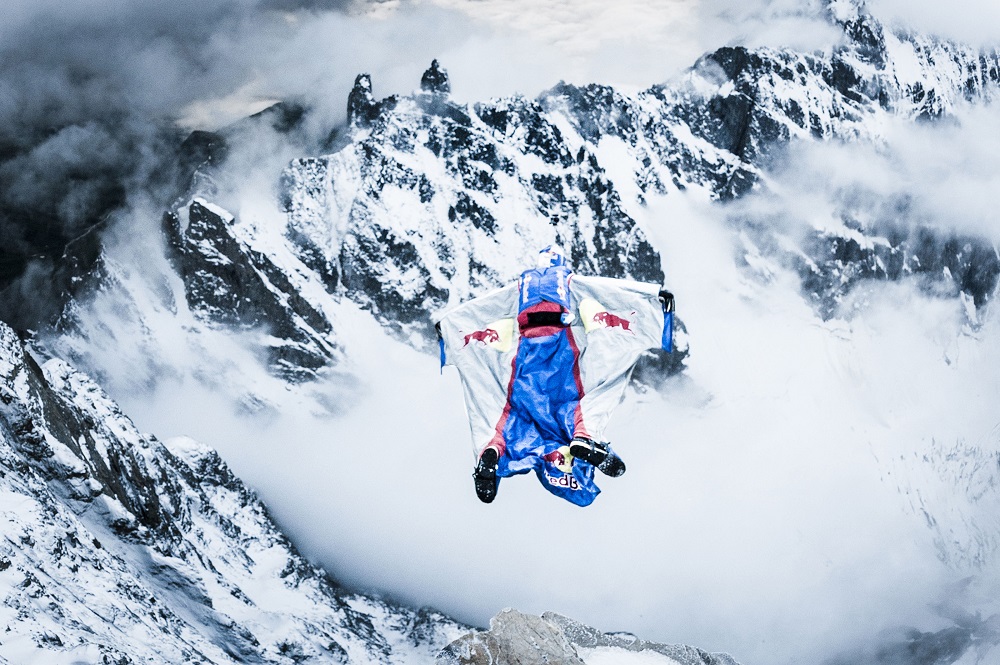 Thomas Senf/Red Bull<p>Valery Rozov of Russia leaps off the 4690 meter high Ushba mountain in the Caucasus region in order to perform the first base jump from it&#39;s peak in Svaneti, Georgia, July 6, 2012.</p>\n 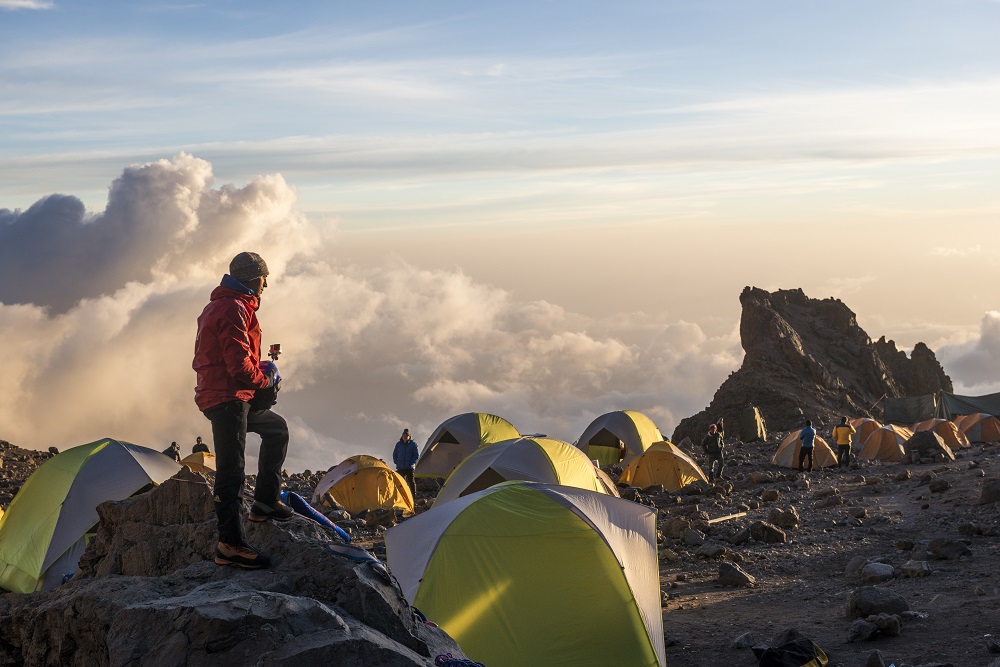 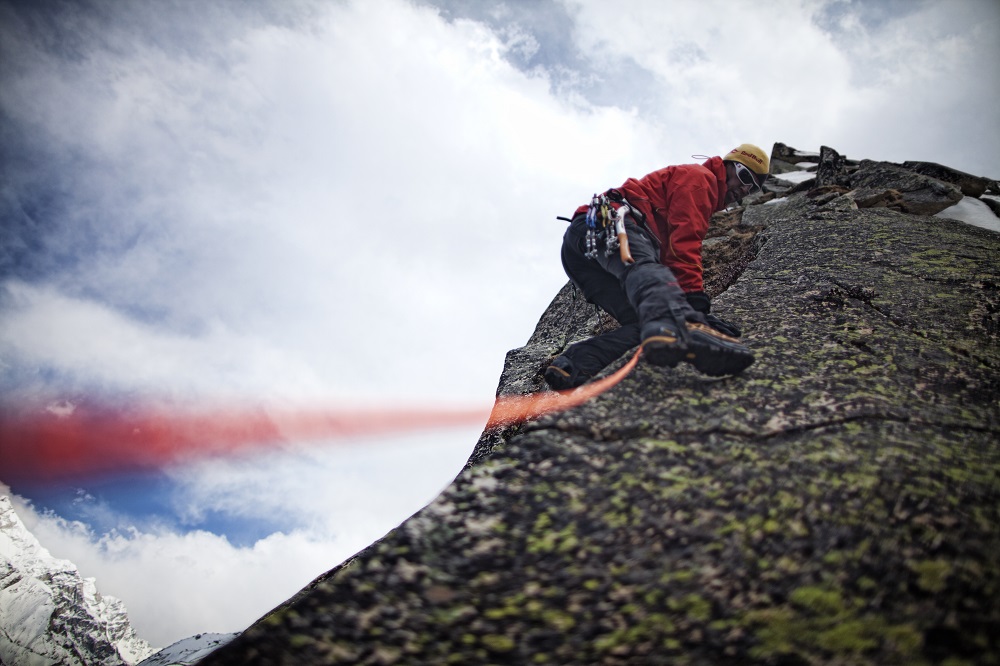 In order to BASE jump you do not need to be on a certain diet. But you must stay in shape, something that Rozov is perfectly capable of, even at the age of 51.

"Physical form and the right heart condition is important for any mountaineer,” he says. “You can’t allow yourself to grow a little belly and go mountain climbing with it. On the day of the jump you don't need to eat anything special. But obviously if you've eaten too much, it's unpleasant to go jumping."

The importance of understanding

The family of the extreme sportsman is always nervous and this is normal, says Rozov. But this does not prevent him from enjoying life, especially since his wife, whom he met while mountain climbing, and three children all share his interests.

"My wife has the right approach to my activity. Otherwise we would not live together. A couple of years ago she used to parachute and understands what this means,” he says, stressing that it is vital that couples take an interest in each other’s hobbies.

“A major problem is when the wife or husband distance themselves through words: 'I'm not interested in what you do. I can't stop you from doing it, so do what you want – I have my own interests.' We travel a lot together. Sometimes I jump in the morning and in the evening we are all together."

Valery Rozov began mountain climbing and parachuting back in the days of the USSR. He has more than 50 5th- and 6th-category ascents, as well as two world parachuting championship titles (1999, 2003).Rozov became world-famous in 2009 after having accomplished a BASE jump into a crater of an active volcano on the Kamchatka Peninsula.A wingsuit makes Rozov's jumps effective. The wingsuit has an average weight of 1.5 kilograms (3.3 pounds).Rozov's projects are assisted by a team that includes mountain climbers and a film crew (10-12 people).

Kolomna Aerograd: Why are foreigners coming to Russia to parachute?