6 tips to turn your child into a chess grandmaster 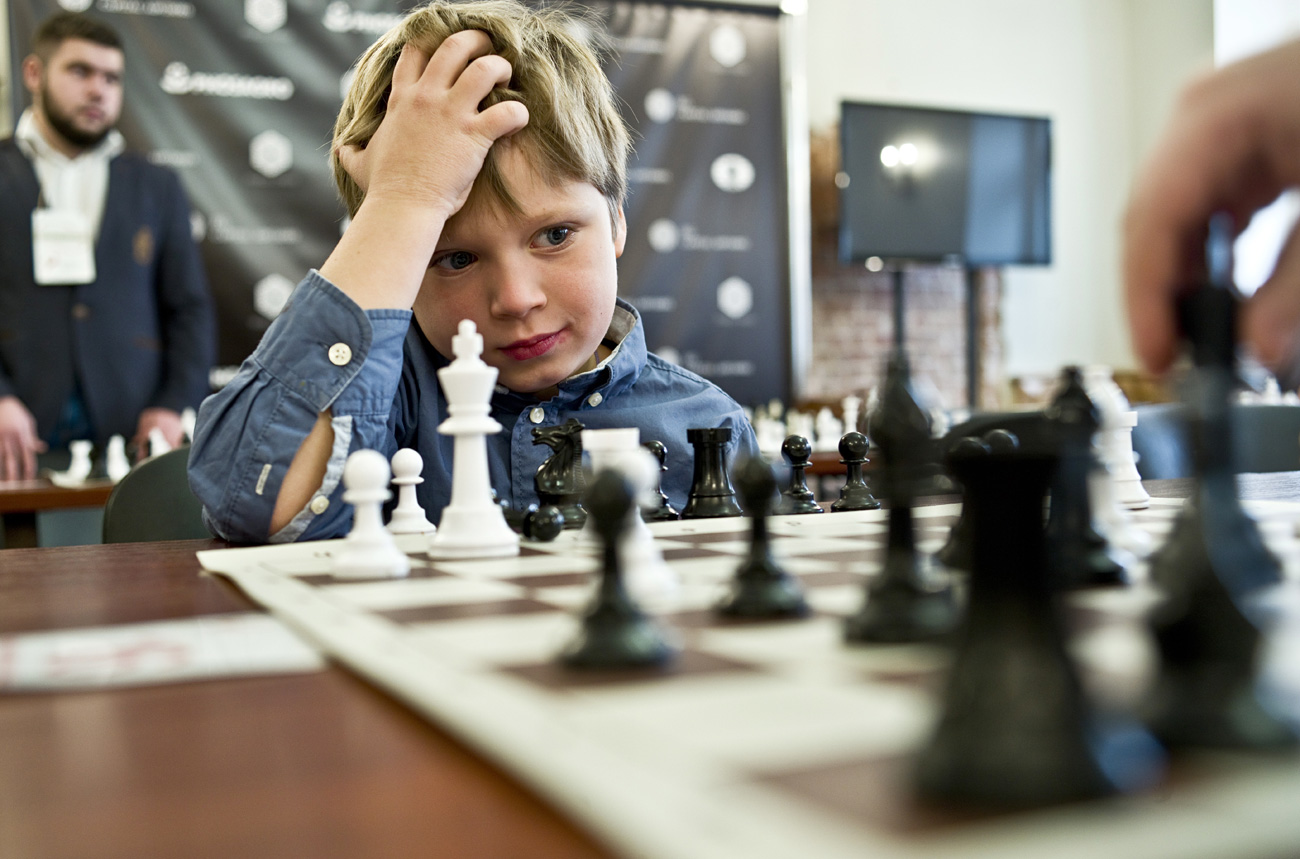 A participant during the 10th Third League Grand Baby Chess Cup of the Russian Chess School at the Botvinnik Central House of Chess.

Sergey Pyatakov/RIA Novosti
Russian grandmasters Yana Melnikova and Evgeni Vasiukov tell RBTH what a parent needs to do in order to make a formidable chess player out of their child.

Chess has suddenly become a very young and fashionable sport.

The match that took place in New York on Nov. 11-30 between current World Chess Champion Magnus Carlsen and Russian contender Sergey Karjakin has boosted interest in chess throughout the world. The players' relatively young age – 25 and 26 – was also partly responsible for the vast audience that followed the match.

In order to become a top player you need to start early: Carlsen became a grandmaster at the age of 13, while Karjakin set a world record by claiming the title when he was 12. 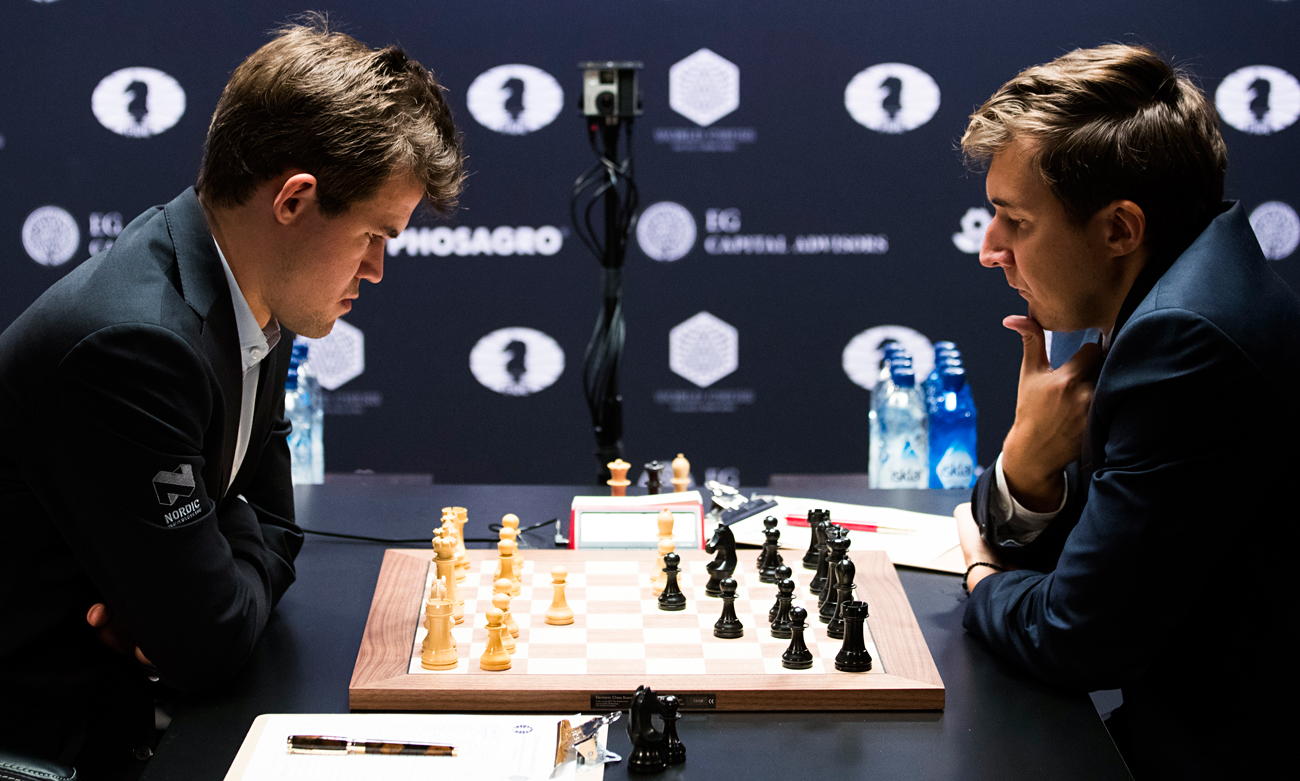 Karjakin loses but Russian chess is the winner

Even children's chess competitions are becoming battles between very strong players. During the last school children's championships, held in Sochi on Dec. 3-11, Russian children proved to be the best young chess players in the world.

Is it possible to make your child a grandmaster while they are still in school? Nothing is impossible. Here are six suggestions from Russian grandmasters Yana Melnikova and Evgeni Vasiukov.

Y. M.: The ideal age to start playing chess is four. The first two years will be spent on understanding your child's capabilities. In this period it is sufficient to hold two one-hour practice sessions a week. If by the age of six your child stands out among their peers, then add individual exercises to the group ones. If there is no particular success, it is still worth practicing because chess improves one's concentration and mathematical abilities.

2. Chess should always be interesting

Y. M.: A child should never be forced to practice. If they are not interested, there is no use. When learning how to play chess there should be a mix of theory and practice. Theory is essential. The children must acquire the basic skills, then their tactical vision must be developed so that they can see the various combinations. Preparation for the child's debut must play an important role so that from the very beginning the chess player gets good results. And practice can be made very entertaining.

I recommend that children follow the Magnus Carlsen program, which the world champion developed himself. It is interesting for children because it's as if they are playing with Magnus himself, with his capacity at a certain age. This is great stimulus for a child – to defeat Magnus when he was, for example, five years old.

3. Practice a lot but distribute the tasks correctly

Y. M.: When a chess player becomes a professional athlete, it is necessary to practice every day at least for two-three hours and individually study the variety of moves. Those who set huge goals for themselves often do not limit their practice sessions to several hours a day. I remember the Polgar sisters. Once grandmaster Laszlo Szabo told me that he trained the sisters but their parents demanded that he worked more with them, at least six hours a day. All the three sisters achieved outstanding results.

E. V.: Even if one lacks talent, with diligent practice he or she will achieve success. But at the same time it is important to understand which tasks should be given to which child. Some may be able to do in an hour what others won't be able to do in three.

4. Play with the strongest

Y. M.: Progress is impossible without participating in tournaments. And one should play with stronger players. A child should participate in tournaments when they are able to complete a match. This happens about two years after they start learning the game, if they start at the age of four.

E.V.: Spending many hours at the board, chess players experience not only mental but also physical tension. Not everyone understands this, but playing chess is much more difficult than running around a football field. In long games the players who have better chances of winning are those who are more resilient. This is why chess players should always do physical exercise.

Y. M.: The youngest children do not have to follow the suggestions, while older chess players, besides the physical exercise, should eat food that stimulates their mental activity. Nuts, chocolate, spinach. This is the standard collection, the one used for exam preparation.

Keeping the stress out of chess: How Russia’s youngest grandmaster trains