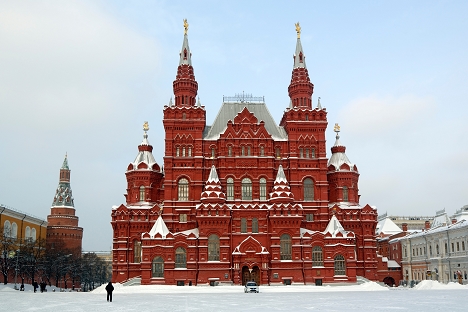 At the turn of the 20th century, ancient Russian architecture became a popular motif in the construction of new edifices. This style became known as pseudo-Russian (also neo-Russian or faux-Russian) architecture. Today, these are probably the most beautiful buildings in Moscow.

A distinctive feature of this style was the use of elements of traditional Russian architecture: turrets, tower roofs, facades composed of ornamental tiles, and many other examples. This was not, however, simply a case of blind imitation, but rather a pastiche or stylization that often combined harmoniously with other styles.

Therefore, although the distinctive features of the style are highly recognizable, it is impossible to find two buildings exactly alike.

In Moscow, the style was employed in the construction of buildings for all kinds of purposes: apartment buildings, private residences, theatres, museums, shopping malls and railway stations. 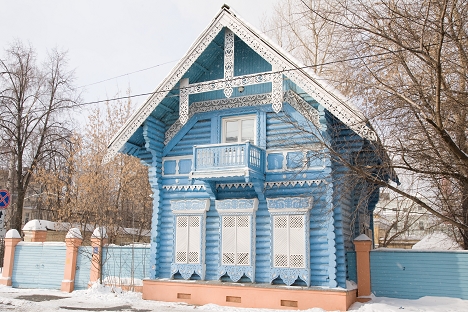 The wooden Pogodinskaya Hut is one of the examples of the traditional architecture. Source: Lori / Legion Media

One of the earliest manifestations of this style is the wooden Pogodinskaya Hut, which has miraculously survived to the present day. The hut was built in 1856 by architect Nikolai Nikitin, under commission by businessman and philanthropist Vasily Kokorev; the latter presented the building to historian, publicist, and Moscow University professor Mikhail Pogodin.

The hut was one of the outhouses of the former Pogodin Estate, which housed an ancient repository of old books, paintings, and engravings. Nikitin based his design on the peasant houses of the Volga region, and the carving and fretwork pay homage to the pictures of Grigory Gagarin, a prince and amateur artist. 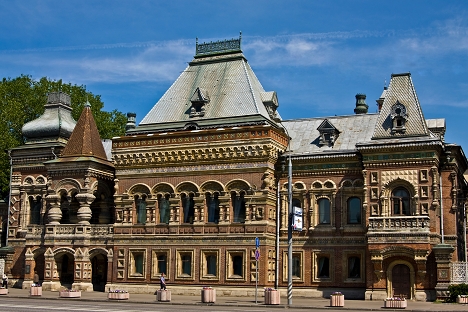 The Igumnov House was completed in 1895 and at great expense for the time. Source: Lori / Legion Media

Frequently likened to an ornate gift box, the house has adorned Yakimanka Street for over a century. Nicholas Igumnov owned a large manufactory in Yaroslavl, and when the time came to move to Moscow, he commissioned local Yaroslavl architect Nicholas Pozdeev to design and build a house.

The house was completed in 1895 and at great expense for the time (rumored to be a million rubles). One reason for the high cost of the house was the fact that bricks were brought over from Holland to build it. The facades make extensive use of tiles, figured masonry, and stone carving. 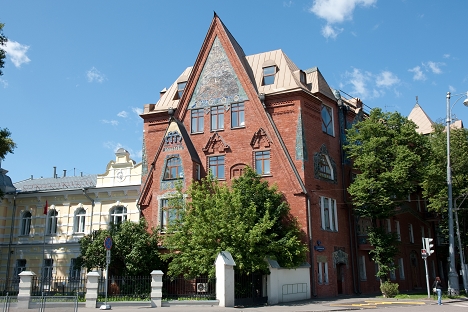 Pertsovoy House: One of the conditions of the design bid was that the house be built in the Russian style. Source: Lori / Legion Media

On the Kropotkinskaya embankment stands the quaint (even for its time) house of Zenaida Pertsovaya, who officially owned it. The site was bought and the house commissioned by her husband, the renowned railway engineer Peter Pertsov. One of the conditions of the design bid was that the house be built in the Russian style.

The winning design belonged to artist Sergei Malyutin (credited with making the first “matryoshka” doll), who joined forces with architect Nikolai Zhukov and engineer-architect Boris Shnaubert to execute the project. The house not only contained apartments for rent, but also the owners, who lived there in a three-story apartment with a separate entrance. 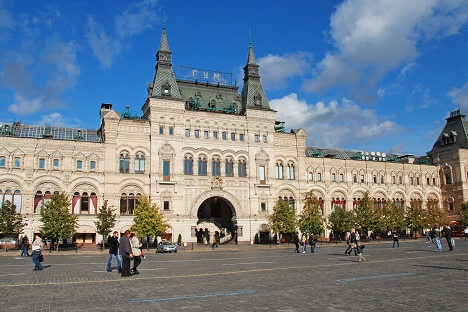 Reconstructed after a fire in 1812 by Joseph (Osip) Bove, the trading rows were already outdated by the end of the 19th century. In 1890, merchants raised funds for a new construction project, designed by architect Alexander Pomerantsev.

The most advanced technologies and building materials of the time were used, including concrete and steel structures. Light penetrated the premises through glass vaults in the ceiling, designed by engineer Vladimir Shukhov, who later built the famous Moscow radio tower at Shabolovka.

The Upper Trading Rows opened in December 1893, and accommodated over one thousand stores. At about the same time, the Middle Trading Rows (designed by architect Roman Klein) were also built in the same style, closer to the Moskva River. 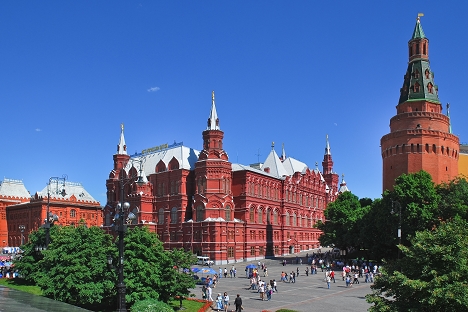 The building of the State Historical Museum (formerly the Imperial Russian Historical Museum) appeared on Red Square in the last quarter of the 19th century. The site was originally occupied by the main pharmacy and then by the first building of Moscow University. Construction of the museum began by architect Vladimir Sherwood and engineer Anatoly Semenov in 1875; it was completed six years later. 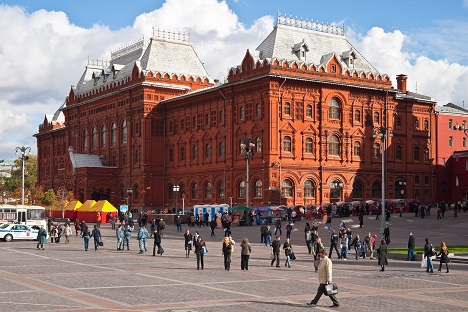 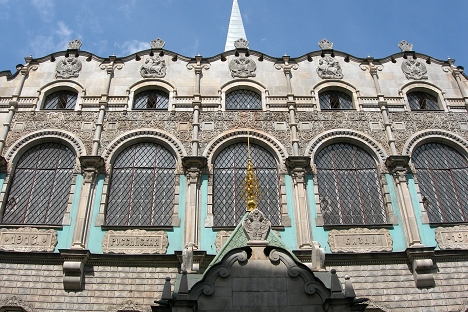 Board of Treasury: Before the revolution, this issued loans on security of silver, gold, and precious stones. Source: Lori / Legion Media

The designated purpose of this beautiful building and the years of its construction are inscribed on the pediment: “Russian Loan Treasury, 1913-1916.” Before the revolution, that was the name of the main lending institution that issued loans on security of silver, gold, and precious stones.

The building was constructed by architects Vladimir Pokrovsky and Bogdan Nilus, who had previously designed the building of the State Bank in the city of Nizhny Novgorod. The building features not only motifs of Russian architecture, but also elements of the baroque style.