TripAdvisor’s coverage of Russia gets some mixed reviews 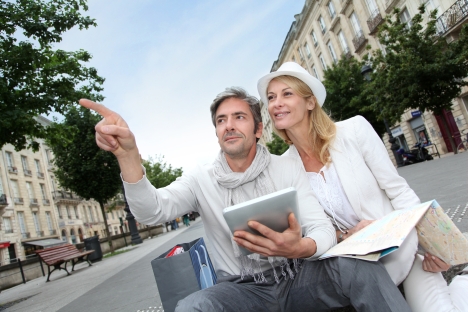 English-speakers who want to research travel in Russia have mixed feelings about the TripAdvisor’s coverage of the country. Source: Shutterstock / Legion Media

Reviews on Russian cities and businesses are growing on TripAdvisor, but users say they miss reviews from locals about out-of-the-way places.

The travel Web site TripAdvisor launched in Russia just over two years ago, but already it has more than 1.5 million visitors per month. TripAdvisor spokesman Angus Struthers is proud of the site’s success.

“The site seems to resonate with Russian travelers as they come to research their holidays or business trips. There are more than 12,000 Russian businesses on TripAdvisor,” Struthers said. He added that the site’s philosophy is the same no matter in which country it operates — “to help travelers plan and have the perfect trip.”

TripAdvisor’s strength has always been its huge number of reviews: More than 75 million travelers have given opinions about more than 1.6 million businesses worldwide, and the number continues to grow.

“We are the world’s largest travel Web site, and the sheer volume of reviews on TripAdvisor allows travelers to get the complete picture of a business, and make an educated decision based on the opinions of many, before they book their trip,” said Struthers.

But while the numbers show that the Web site is growing in popularity among Russian travelers, English-speakers who want to research travel in Russia have mixed feelings about the site’s coverage of the country.

Mireille Rochard, a native of France who lived for several years in Moscow, has used TripAdvisor to research everything from restaurants in Paris to hotels in Morocco. She praises the site’s speed and comprehensive coverage. “Out of 43 feedback reviews, you can form your own idea of the product,” Rochard said.

Looking for information about St. Petersburg, TripAdvisor reviews led her to the Antique Rachmaninov Hotel: “Location, comfort and price were most important, and the TripAdvisor recommendations were great,” she said. “We stayed there three times!”

St. Petersburg, which appeared in the site’s Travelers’ Choice awards section in both 2011 and 2012 as one of Europe’s best destinations, may be the exception that proves the rule. Visitors to other Russian cities have found coverage lacking.

21 million foreigners visited Russia in the first 9 months of 2012, according to Rostourism.

75 million travelers have given opinions on TripAdvisor of about 1.6 million businesses.

Darren Carlaw, editor of Stepaway Magazine, an online journal of stories and poems about urban exploration, used TripAdvisor to research restaurants when he visited Moscow for the first time in 2010. He found that it always seemed “to lead to the same old suggestions, which are more about avoiding Russian cuisine than exploring it.”

Carlaw described TripAdvisor’s coverage of Russia as having “a different feel” compared with other countries.

He complained that TripAdvisor led him to Moscow’s Cafe Pushkin where he ended up “eating dull, overpriced food with tourists.” He suggested one reason for the site’s failure in this area.

“Useful discussions of Moscow dining options take place online in Russian," he said. "Few Muscovites appear to post on TripAdvisor in English, commenting on their own city — and why should they? And so, we are often presented with an outsider’s view … as with most cities, the best results come from talking to locals.”

Karen Percy, a journalist from Adelaide, Australia, who is currently living in Russia, recently used TripAdvisor to research trips to Nizhny Novgorod and Kazan. She found it an interesting experiment in how erratic the Russian coverage still is.

“Nizhny Novgorod had better quality feedback and more establishments seemed to have reviews, with lot of pictures, addresses and Web sites,” Percy said.

“In researching Kazan, there were many sights listed but very limited information. [Reviews were] contradictory, not helpful or nonexistent, [with an emphasis] on expensive, high end, Moscowstyle restaurants or low-end eateries and not much in the middle," Persy added. "I suspect it might take TripAdvisor quite some time to build up a solid base of reliable information in Russia.”

Percy noted that only limited numbers of foreign tourists go beyond the big cities while local travelers might not have enough experience for a critical review. She is among the growing number of travelers in Russia to add her feedback to the Web site’s database.

Struthers said that Russia is a very important market for TripAdvisor. “As we continue focus on it, we expect we’ll see more businesses and reviews added in many areas of the country,” he said.