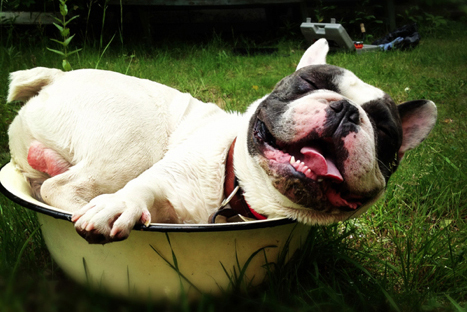 In Russia, the real adventure begins where the touristy trail ends. Off-the-beaten-track sites, unexpected destinations not specified in any guide book and hidden treasures known only to the locals - we at RBTH find new ones every day. Here you can find a list of 10 things bound to leave you a special impression of Russia from within.

1. Nevsky Prospect, a view from a rooftop in St. Petersburg

Tourist routes usually follow a trail on the ground, rather than above it. Also, you would be surprised at how difficult it is to find an open roof in St. Petersburg these days. Most of roofs now deny access to the public for safety reasons. Experienced roof toppers say that, when seen from a roof, “Piter” (as the locals affectionately dubbed St. Petersburg) is 100 times more interesting than people may think.

2. Weirdos in the subway

A guy wishes prosperity to all – or at least that’s what the sign he is holding says. Sometimes even cold Russia can surprise with unexpected acts of kindness

This picture was taken at the Tsvetnoy Boulevard metro station in Moscow, but you can usually find this guy at the exit of the Sadovaya metro station in St. Petersburg too. There is a new sentence in his hands every morning: "Good morning!", "Hurrah, it’s Friday!", "Summer".

3. Mosaics on the ceiling of the Moscow subway stations

Get on the train and stop at every station just to see its many decorative patterns and varied artistic features! Every station has its own unique design elements that you won’t find anywhere else.

4. A secret bar near the Kuznetsky Bridge at night, Moscow

Kamchatka is a small 90s-themed bar, from where it is possible to leave full and drunk for a mere 400 ruble bill. It is located on one of the oldest streets in Moscow - Kuznetsky Bridge. Locals call it "the bars’ street " - "Gogol'", "Pacha", "Spirit", "Kamchatka" are only a few of the venues you could stop at for a drink or two along the way. And since it’s a car-free zone, many of them turn into open-air bars in the summer.

5. One of many beloved Dachas in the countryside

This typically Russian lodge, the ideal place to chill and relax, is called "dacha". According to the tradition, a dacha is a country house with a bathhouse and a small kitchen garden. People come here to rest body and soul preparing delicious shish kebabs, lighting the stove and rolling about on a hammock in the sunlight.

This picture was taken in Istra, 40 km from Moscow. Besides the picturesque natural setting, Istra also houses the New Jerusalem monastery. The monastery, whose central element is the Resurrection Cathedral, was built in 1656 by order of Patriarch Nikon.

Not a single guidebook mentions “wakeboarding under Zhivopisny Bridge” among the must-do activities in Russia. We tried it, and it’s so much fun! The bridge is a cable-stayed construction, unique in its genre. From afar one can notice a sphere hanging under the arch of the bridge.

7. Stuck in traffic for 12 hours at the border between Russia and Ukraine

Kilometers-long traffic jams clog the road from Russia to Ukraine in the summer. On certain days more than five thousand cars can pass through checkpoint. And it’s not just the tourists. These days Russians from the neighboring areas cross the border to go shopping in Kharkov. The traffic is tiresome but if you can go through it than you can definitely call yourself a true Russian.

8. A courtyard in St. Petersburg

The courtyards of St. Petersburg are real open-air museums - an unusual way to fully comprehend the spirit and history of the city. It was Peter I who disposed that all houses be built in continuous facades to deal with the lack of ground space, giving the city its characteristic aspect. To make the houses more profitable, people would try to utilize all room available. And since they could not expand in width, they would go upwards, adding one story after another.

The park was founded nearly 100 years ago.  It is Moscow’s main park and the perfect spot to relax, practice sports, dance and play games in the open air. There are various facilities that aim at improving the visitors’ experience: an outdoor cinema theater, a sports center, photographic studio, the "Garage" modern art center and an observatory. You can even take dance and yoga lessons!

This puppy is part of the RBTH family, as he is our Online Director Maria Shashaeva’s baby. Beware - we will lend him to you only if you ask nicely!

Want to learn more about Russia's hidden treasures? Visit our blog A week in Russia by RBTH!