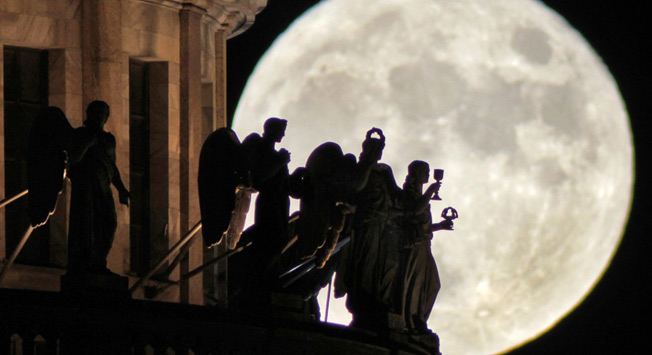 Alexandr Petrosyan, Focus Pictures
Every day hundreds of tourists visit the Yusupov museum to see the famous rooms of Felix Yusupov, where the murder of Rasputin took place. But the sombre history of the Northern Capital began long before the murder of Grigory Rasputin.

Mikhailovsky Castle. 1801. The murder of Paul I

One of the most ominous palaces in the centre of St. Petersburg is without question Mikhailovsky Castle , also known as Inzhenerny Castle. Paul I built it for himself as an impenetrable sanctuary, but from the moment in was built it was doomed to become the place he would spend his final moments. Subsequent modifications to the space in front of the castle make it difficult to conceive just how serious the fortifications once were. Back in the reign of Paul I, Connetable Square, the area where the monument of Peter I now stands, was completely surrounded by a moat and bailey with cannons standing sentinel on drawbridges.

Despite the moats, ramparts and guards, there was never any doubt about Paul’s fate – even the castle guards were in on the plot. The chief guard, a man called Argamakov, led the conspirators directly to Paul’s bedroom. The conspirators claimed they merely acting out of concern for the country’s fate, given that the emperor was insane, and they were in fact a group of high dignitaries: among them were general governor of St. Petersburg Peter Pahlen, Vice-Chancellor Nikita Panin, the Zubov brothers (one of whom was Platon Zubov - the last favourite of Catherine II), commanders of four guard troops, and a number of high ranking officers. It is generally thought that the son of the victim, future emperor Alexander I, knew of the plot and had given his approval, either voluntary or under duress. Alexander’s part in his father’s murder was something that haunted him for the rest of his life.

It was never the plotters intention to kill the tsar, they just wanted to remove him from power. But, as memoirists recall, “the fateful catastrophe happened unexpectedly”. Paul hid himself, but the perpetrators found him and tried to arrest him. A struggle ensued before Nikolai Zubov issued the first blow with a golden tobacco box. One version claims Pavel was immediately killed by this blow to the temple, but others say he was beaten to a pulp before being strangled with a silk scarf. Officially it was announced that the tsar had “died of a stroke”.

Paul only managed to live forty days in Mikhailovsky Castle. Several times before he died he claimed he saw himself reflected in a mirror, strangled with a collapsed neck, and in these moments he would experience an unexplainable shortness of breath.

Cathedral of the Spilt Blood. 1881. Murder of Alexander II

The grand, elegant structure of the Church of the Saviour on Spilt Blood - built in traditional Russian style to emulate Vasily Blazhenny Cathedral at Red Square –stands in sharp contrast to the sad event it was built to commemorate.

There were no obvious motives for the tsar’s assassination. Alexander II was neither a tyrant, like his father and his grandfather, nor was he a weak ruler, like his son and grandson. His official title as ‘the giver of freedom’ was well deserved – he was the ruler who finally abolished serfdom in Russia. But the assassins were brutally determined; first they attempted shooting him while he was out walking, then they attempted to blow him up in his own palace and on a train, without a seconds thought about the collateral victims.

On 1 March Alexander II was on his way back to the Winter Palace. The first explosion did nothing more than damage his carriage. When the tsar got out to confront Nikolai Rusakov, who had thrown the bomb, a second terrorist, Ignaty Grinevetsky, hurled another bomb at the tsar’s feet.

The exact place where the tsar was mortally wounded – part of the railings and the cobble stone pavement – has been preserved inside the cathedral, under the western cupola. For a long time the neighbouring streets (now Malaya and Bolshaya Konyushennaya Streets) were named after the main participants in the plot - Sofia Perovskaya and Andrei Zhelyabov.

Yusupov Palace. 1916. The murder of Rasputin

This infamous Petersburg crime happened on 17 (29) December 1916 at the Yusupov residence on the Moika river . It actually began inside the historic palace in the lavish rooms of Felix Yusupov. The conspirators acted to save the country and protect the tsar and his family from the influence of this mysterious peasant-monk.

The circumstances surrounding his death are well known: Rasputin was invited to the Yusupovs’ house on the pretext of meeting Felix’s wife. Here he was fed almond cakes laced with potassium cyanide. When this didn’t work the plotters sprayed him with dozens of bullets, but the seemingly invincible Grigory Rasputin still managed to run across the yard and climb over the fence. After this he was finally caught, seized and drowned in the icy Malaya Nevka River near Kamenny Island.

His body was found almost immediately due to the trail of blood leading from the bridge, and divers retrieved him from beneath the ice. His embalmed corpse was secretly buried in the private Aleksandrovsky Park at Tsarkoe Selo, on the site of the Seraphim Sarovsky Cathedral that was then under construction. Just one year later revolutionary soldiers found the grave and his body was destroyed - incinerated in the furnace of a boiler at the Polytechnic Institute. His ashes were scattered to the wind.

In 2005 an inscribed cross was placed at Rasputin’s first burial location at Tsarskoe Selo.

The Yusupov Palace hosts a permanent exhibition entitled “Rasputin. Myth and Reality”, and in the painstakingly-restored reception rooms it is possible to attend concerts and dances where, dressed in tails or a floor-length dress, you can feel like a real member of pre-revolutionary high-society. Alternatively there are hourly tours of the palace every day from 11am. One of the tours will take you through every stage of Rasputin’s murder.

On 30 August 1918 in the vestibule of the Commissariat of Internal Affairs, which had its premises in the building of the General Headquarters on Palace Square , chairman of the Petersburg Emergency Committee, Moisei Uritsky was shot by a young poet named Leonid Kannegisser who had sped over to the scene of the crime on his bicycle. The murderer temporarily managed to avoid detection, but he didn’t get far – police caught up with him on neighbouring Millionnaya Street. Here he was seized and arrested before being executed. The consequences of the attack would go on to make the history books - the Bolsheviks announced the start of the Red Terror.

Kannegisser said he was compelled to commit murder after his friend, officer Pereltsveiga, was shot. They tried to connect the assassination with the Socialist-Revolutionary Party, and to Fanny Kaplan’s assassination attempt on Lenin in Moscow (which happened on the same day).

The murderer himself was a fascinating character. Leonid Kannegisser came from a prosperous, well-educated Jewish family and he belonged to a social circle best described as bohemian, with all that this implies. This suave and good-looking young man was well versed in politics, but he was also heavily influenced by the fashions of the time, and was a classic example of a revolutionary romantic. The murder was likely unplanned – it all happened on the spur of the moment, motivated by a strange whim that is yet to be fully explained.

This event took place in a tunnel to the left of the arch of the General Headquarters, in the semi-circular wing that leads towards Millionnaya Ulitsa. The vestibule window overlooks the square where Kannegisser abandoned his bicycle. You can even imagine the route the young terrorist took as he fled from Saperny Pereulok.

Angleterre Hotel. 1925. The death of Esenin

In 1925 Russia’s premier poet, Sergei Esenin, was preparing for the release of a full collection of his works. “Nearly all poets in Russia die before they are able to see a full collection of their works. But I am going to see mine”, boasted Esenin. At the end of November the typeset for all three volumes of his works was in place. But then, on 28 December 1925, Esenin was found dead in a room at the Angleterre Hotel. His final poem, “Goodbye, my friend, goodbye...” was written in blood – Esenin had actually complained that there was no ink in the hotel and he was forced to write in blood.

Most historians and biographers agree that Esenin, who was going through an episode of depression at the time, took his own life a month after being treated in a psychiatric hospital. At first no one questioned this version of events, but in the 1970s-1980s rumours spread that the poet was in fact murdered and that the suicide was a cover-up. The perpetrator could have been motivated by money or jealousy or the murder could have been committed by the secret police.