Honeymoon in Russia? Darling, what a weird sense of humor you have! 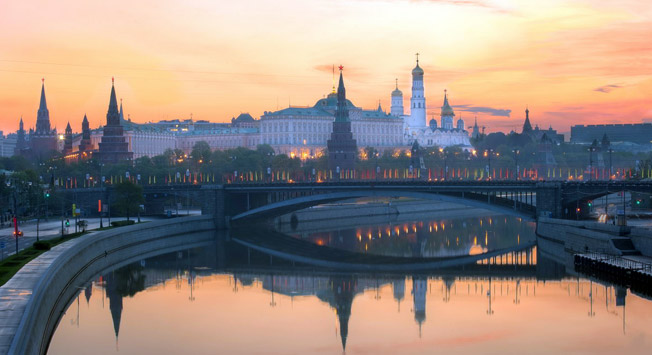 Lori Images
However, I was adamant that my future wife had to see the country where I was born. I scoured the internet in search of a suitable offer and found a couple of options for every taste.

Moscow and St. Petersburg are some of the most popular tourist destinations in Russia and Central Europe. The capital is ideal for city escapades: Orthodox churches stand side by side with secular buildings of the modern era. Stalin skyscrapers and the Soviet constructivism is combined with beautiful mansions and ancient monuments. Travel agents offer romantic walks on the water bus on the Moscow River. Trips to the metropolitan subway are considered the most beautiful in the world and visiting the famous Tretyakov gallery, which presents masterpieces of world art. Tickets to the imperial box of the Bolshoi Theatre, the ascent to the top floor of the Ostankino television tower and dinner at the panoramic restaurant 7th Heaven or a romantic date at the restaurant for two, located in the steeple of a Stalin skyscraper.

Travel agents offer both tailor-made tours to Moscow and combined tours from Moscow to St. Petersburg. You can read about the Romantic Bug offers and the Moscow Hotel Marco Polo Presnya offers; a list of the most romantic hotels in Moscow on Tripadvisor and 5star Russia, Hungry Bags Moscow Packages.

In 2013, St. Petersburg became one of the top twenty tourist destinations according to TripAdvisor. The northern capital, as Russians call it, is considered to be the most romantic city in Russia: palatial architecture, the Gulf of Finland, the imperial grandeur and breath of a hundred year old history can be found here in every alley, not to mention the most beautiful waterfronts, movable bridges and broad avenues. Pheromones are just hovering in the air, and born romantic cannot escape the charm of horse-drawn carriage rides, flights above the city on a manned aircraft and hot air balloons, riverboat trips on the river Neva, breakfast at the favorite restaurants of Chaliapin, Nicholas II and Yesenin. In addition, the northern capital is the focus of the best Honeymoon Hotels in Europe.

Golden Eagle is a luxury train that crosses the whole of Russia, from Moscow to the Pacific Ocean, passing through the Ural Mountains, the most ancient in the world, the vast steppes of Central Asia and the rocky landscape of the Altai, the world's deepest Lake Baikal. Along with your loved one, you will cross 11 time zones, and overcome a distance of 8,000 miles – one third of the world tour. You will enjoy excursions to the cities of central Russia and the Must-See sights; relax in a comfortable compartment with top amenities suites, and three meals (European and Russian cuisine).

This is not Moscow or St. Petersburg. Few people outside of Russia know where the Altai is, but for those who like horse riding, ten days lost in a region on the border with Mongolia will turn into a Paradise tour (for those who value comfort above adventure, of course). Its low price makes up for the high cost of plane tickets: $ 450 per person for a wooden house lost in the woods, your own horse for a week, tents for two, equipment, and complete meals. You will see mountain lakes surrounded by the cedar taiga, alpine meadows, snow-capped peaks, waterfalls, and pristine local nature: autoroutes are not there as a road type, roe deer and bears can be encountered on the highest points along the route. The journey takes place at an altitude of 1800-2300 km above sea level on short shaggy Altai horses – in a group of 8-10 people or to order. Following the trips you can expect a Russian bath, a table full of local food and some rest by the fireplace.

Relaxing on the banks of the largest lake on the planet will not leave anyone indifferent: both adventurers and fans of photography, even lovers of basking in the sun – after all, sunny weather lasts here for 300 days, no less than in California. People come here to bathe in the warm waters of the hot springs, walk through the alpine meadows of the Baikal Mountains, organize rafting and jeep safari through the Siberian roads, sunbathing, windsurfing, fishing and travelling the waters of the lake by boat with only two passengers.

Available for rent here are cars, bikes, ATVs, catamarans, kayaks, yachts and boats, accommodation or lodging can range from tents to a luxury spa hotel.

A romantic tour to Lake Baikal can be organized with the help of several experts: the Olkhon tour company, personal consultant Rada (koroleva541@yandex.ru), Baikal-Travel (in Russian).

Oymyakon, or the Pole of cold is the coldest inhabited settlement on the planet and the region where people live long lives. It is located in the heart of Siberia, in the middle of the Republic of Sakha’s expanse (Yakutia), where the temperatures drop to 70 degrees Celsius. The Yakut travel agents combine several tours at once – it may be a wedding with dog sledding at the Pole of Cold, river cruises to the Arctic Circle, an active holiday in Lena Pillars Nature Reserve, recently included in the UNESCO list, and encounters with the descendants of the mammoth bison, as well as walks on the world's northernmost desert and wedding ceremonies in the Yakut tradition – with a shaman, pagan rites and eating corned beef.

Apart from extreme travel in Yakutia the “diamond tours “are also in demand – trips to the kimberlite pipes and to the production, where decorations made with Yakut diamonds can be purchased at incredible discounts.

Whatever journey you are interested in, it is best to refer to large regional carriers, “Planet Yakutia”, Yakutia Travel or Visit Yakutia.