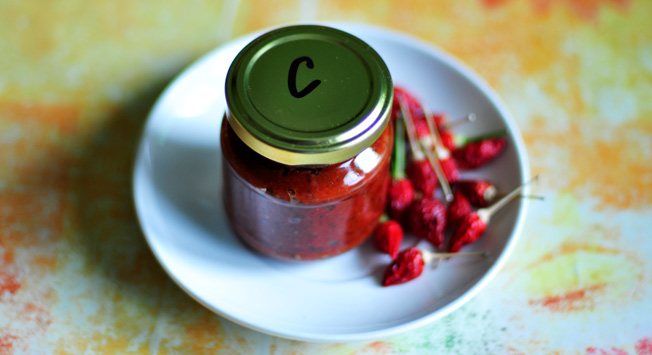 In Sochi, first of all, extremely popular are souvenirs with Olympic symbols. They are here already sold at every corner - and it's not just trinkets, stuffed toys and magnets, but also equipment that is not souvenir-like at all - snowboards, skis, skates, helmets, clothing, etc. Do not be afraid of fakes - entire Olympic-production in the city is licensed and is sold in all stores at the same price

In Sochi, first of all, extremely popular are souvenirs with Olympic symbols. They are here already sold at every corner - and it's not just trinkets, stuffed toys and magnets, but also equipment that is not souvenir-like at all - snowboards, skis, skates, helmets, clothing, etc. Do not be afraid of fakes - entire Olympic-production in the city is licensed and is sold in all stores at the same price. However, Sochi is not just about the Olympics. Long before the beginning of this event the holiday resort city developed its own unique souvenir tradition.

Despite numerous disputes between scientists about the hydrogen sulphide layer at the bottom, the Black Sea still has life other than fish and algae. Mussel and Rapana shells are uniquely beautiful, and therefore local craftsmen use them to produce hand-made souvenirs. If you like eco-gizmos you can check them out on the beaches in the region of the street Primorskaya. After a storm there are even larger quantities to be found.

This evergreen plant is not uncommon on the shady streets of the city (e.g., Rose Str., 63) - either in the form of green hedges of levelled bushes, or sometimes as high spreading trees. In Ancient Greece, the winners of the Olympic Games were crowned with laurel wreaths. Today, this tradition has been lost, but the laurel or bay still symbolizes peace, a new life, eternity, immortality and glory. It also has a practical application - in Russia, these leaves are added to food while cooking meat and vegetable dishes or soups. Bring home some fresh sprigs of laurel. They will stay in a vase for a long time (without water) and remind you of the journey. Besides, when the branches dry up the leaves could be stored in a dry jar and added one at the time to a soup or to a hot dish for a couple of minutes before the meal is fully cooked.

Year-round on the markets of the health resort (Sochi: Moskovskaya Str., 22 or Adler: Democraticheskaya Str., 38A) is possible to buy large twigs of eucalyptus. The stories about the healing qualities of the tree are all true. A decoction from the leaves of eucalyptus is a drink that helps to defend against many diseases. In addition they are brewed in boiling water and the home of a patient suffering from a cold is then filled with the scented infusion – a proven national recipe.

It is known that the Caucasus is not only famous for its extraordinary cuisine, but also for the wide variety of herbs found there. Spices and seasoning purchased at the local market (Sochi: Moskovskaya Str., 22 or Adler: Democraticheskaya Str., 38A) in the summer are distributed by tourists across the country. The brightest of them is home-made adjika. Usually it comes as "strong", "moderate" or "weak." Adjika preserves for a long time because it consists of fiery red pepper, salt and herbs. The exact herbs used are a well-kept secret. Adjika can be eaten with anything - from meat to pasta.

A nice local treat is basturma – it is a special way to prepare salted and dried beef in a spicy crust of aromatic spices from Caucasus. It makes a delicious beer snack. It can also be stored for a very long time without going bad. Likewise, it is sold in a city market by private shopkeepers.

"Krasnodar tea" (chai) - the most northerly in the world, has its own unique flavour and colour. A great addition to it would be churchhella - Caucasian sweetness, which is jokingly called "Armenian Snickers“. At home, the conditions for making it are as follows: walnut kernels would be strung on a string, then the "necklace" is repeatedly dipped into hot and dense grape jelly. Gradually the jelly hardens and creates a sweet "cover". Churchhella can also be kept for a long time. Children adore it.

Where there is a sea and mountains, there artists are born. The Black Sea, with all its richness of colours and shades inspires local masters of the brush to create masterpiece paintings on various levels of chef-d'oeuvre. To see and to buy these works go to the Art Museum (Kurortnyi Prospect, 51), on the central promenade of Sochi (Primorskaya Str) and in the park "Riviera" (Egorova Str. 1).

Unfortunately, traditional Russian souvenirs, such as matryoshka (Russian nesting doll) or a hat with ear-flaps is already difficult to find in today's Sochi. Instead, you can buy unique gizmos that, considering their high historical value, will be relatively inexpensive. There is an interesting tradition in the city. Every weekend in the very heart of Sochi, on the square in front of the Art Museum collectors gather. Here they get to know each other, communicate, and trade their collections. Something would be sold. Typically you would find coins and bank-notes from the Soviet era, badges and stamps, books, postcards, and even home furnishings. You need to come here in the morning to find the real gems. Location: city of Sochi, Kurortnyi Prospect, 51

Very often in the souvenir shops of Sochi you can find products made from bamboo, which grows on the outskirts of the city. These souvenirs are the creations of the Sochi craftsmen. One hundred percent hand-made! Bamboo in Sochi is used for making dishes, boxes, ashtrays, photo frames, mats, napkins, spoons for shoes and more. One of the benefits of such souvenirs is that they are light and do not have a major impact on the total weight of your luggage.

It will be interesting to visit the Studio of glass art that is located in Adler, near the trout farm. During the tour, you can get acquainted with the world and Russian glass-blowing traditions, see a show and right here buy a memorable souvenir. Master glassblowers make items right in front of you in a few minutes, for example a bouquet of flowers and a vase for it, and they add a certificate to each product. However, for such a fragile souvenir you certainly need additional packaging! Address: city of Sochi, Adler district, Forelevaya Str., 41 A

What gifts would be wise to bring for friends in Russia? Let them be purely symbolic: a keychain with a picture of your hometown, a ballpoint pen with the flag of your country, a magnet or baseball cap… "It’s not the gift that has the main value, it’s the attention that’s expensive" – is said in Russia. Therefore, expensive gifts are not polite to accept here, but pleasant small things would be delightful.