In the land of caviar, gas and Anton Chekhov 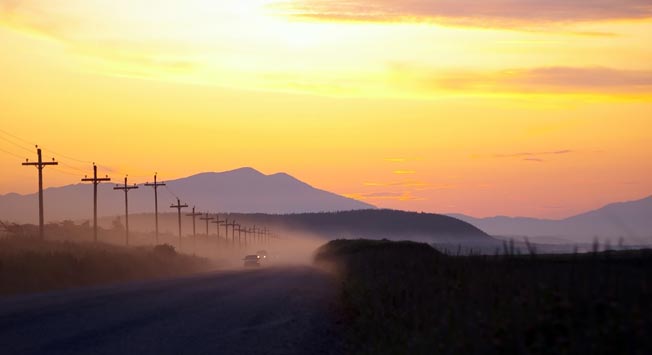 Lori Images
Before the end of World War II, before the southern part of Sakhalin and the Kuril Islands were transferred from Japan to the Soviet Union, the city had a Japanese name – Toyohara. Japanese features are preserved in its appearance even today, intricately intertwined with the Soviet ones. And when you consider the abundance of Sakhalin Koreans, than Yuzhno-Sakhalinsk – this Asian Kaliningrad – can be considered the most international city in the Far East of Russia.

The history of Yuzhno-Sakhalinsk dates back to the village of Vladimirovka founded in 1882 by Russian exiles. At that time, Sakhalin was known as hard labor territory. In 1905, after the Russian-Japanese War, the southern part of Sakhalin Island was ceded to Japan. Until 1945, the city of Toyohara was the center of the Karafuto Prefecture. And only in 1946, after it was already part of the Soviet Union, it received its present name – Yuzhno-Sakhalinsk. In everyday life, its called simply “Yuzhny” (Southern), even though the city belongs to the Far North Territories.

Today Yuzhno-Sakhalinsk is the center of Russia’s only oblast and is located entirely on islands. Apart from Sakhalin – the largest Russian island – the Sakhalin Oblast includes the Kuril Islands, some of which are disputed by Japan.

At one time Japan used to import laborers from Korea to Sakhalin, which until 1945 was also under the Japanese government. Therefore, even today in Sakhalin, there are many ethnic Koreans. In Yuzhno-Sakhalinsk, there is a monument to Koreans – victims of “Japanese militarism”. In the history of Sakhalin, there are many tragic pages, but today the Japanese and Korean accents give this island its unique charm, as well as the culture of the indigenous peoples of the region – the Nivkhs and Ainu.

The building, erected by the Japanese for the Karafuto Prefecture Museum was done in the traditional “tayken” (imperial crown) style, designed by architect Yoshio Kaizuka, serves as a museum today as well. In the courtyard of this oriental-style building, located on the Kommunistichesky Prospect, stand, having forgotten their enmity, Japanese and Russian cannons. A Japanese Ha-Go Tank neighbors with the Soviet Coat of Arms, which now has also become just a historical relic. A huge figure of Lenin at the train station (carved by the famous Soviet sculptor Yevgeny Vuchetich) is reminiscent of the Soviet Union. On the regional court building there are two coats of arms: the Soviet and the Russian ones. Historical layers are intertwined so closely that you involuntarily look for a Japanese coat of arms too.

The car fleet in Yuzhno-Sakhalinsk, as well as throughout the Russian Far East, is represented by second-hand Japanese cars with steering wheels on the right side. On every corner, there are small shops with Japanese goods, including popular bootleg whiskey, the Black Nikka and Suntory. This is not surprising: the Japanese island of Hokkaido lies nearby.

Sakhalin is the birthplace of “pyan-se”, a popular Far Eastern fast food of Korean origin. It is a steamed pie with cabbage, spices and small pieces of meat. Korean words such as “kimchi” (spicy cabbage) or “kooksa” (noodles) are engrained here. When in Sakhalin, you should certainly try the Korean cuisine.

In addition to oil and gas, located on the rich Sakhalin shelf, amber is mined here as well, and it is as good as the Baltic amber. In the stores, you can buy goods made from this material.

The shape of Sakhalin resembles a fish, and not by accident: this island, in whose rivers salmon spawn, is considered one of Russian caviar capitals. However, contrary to popular opinion, you cannot find cheap caviar here (at least unless you know one of the poachers). At the market, caviar costs about 2,000 rubles ($60) per liter. Here there is also a large selection of salted, smoked, dried salmon and delicious smelt, which the locals put out to dry on the windows like linen. Even local artists like to portray different kinds of fish in their paintings.

The pride of Sakhalin is the syrup made of klopovka, local red berries – 12 euros ($16) for one and half liters.

Another local brand is the writer Anton Chekhov, who in 1890 visited Sakhalin. At that time, penal servitude was located on the island. Chekhov made a census of the local population, including prisoners, and wrote a publicist book entitled “Sakhalin Island”. Today in Yuzhno-Sakhalinsk there is a Chekhov Theater Center, a monument to the writer, a museum devoted to the book “Sakhalin Island”, which just moved into a new building on Prospect Mira. Chekhov is portrayed even on souvenir magnets. On the other magnets, there are bears, servitude shackles and red caviar. Chekhov, caviar, oil and gas – the main valuable Russian exports, and they are all found on Sakhalin. In this sense, in spite of being far from Moscow, Sakhalin is the quintessence of Russia.

In Yuzhno-Sakhalinsk, there are places to go for a walk: Gagarin Park with it’s children's railway, a zoo, the “Mountain Air” Sports and Tourist Complex with ski jumps on the slope of the Bolshevik Mountain and a cable car, a railway technics museum in the open air – the first railway was built here by the Japanese back in 1906. Cozy, 5-story (earthquakes happen quite often here), compact, bounded on different sides by the hills, Yuzhno-Sakhalinsk can be explored on foot. Fans of hunting and fishing should visit the north of the island.

Until the middle of the 19th century, Sakhalin was believed to be a peninsula. The Russian explorer Gennady Nevelsky proved that this was not right. In October 2013 – the year of the 200th anniversary of Nevelsky – in Yuzhno-Sakhalinsk, they unveiled a new monument to the traveler and the “godfather” of the island. The streets were decorated with laconic slogans: “Sakhalin is an island!”