The keys to Kolomna: a weekend getaway from Russia’s capital 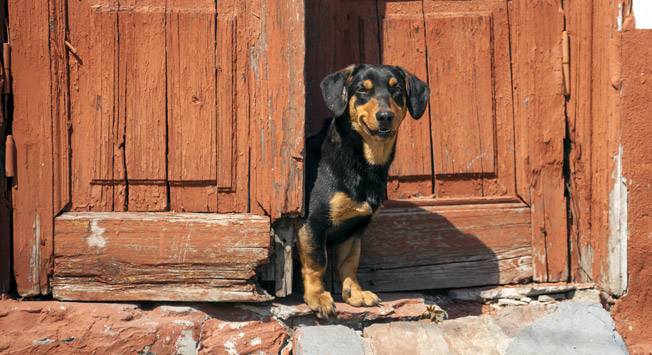 Getty Images, Legion Media
A stone’s throw away from the booming metropolis that is Moscow, Kolomna is nestled high on the banks of the Oka and Moscow rivers and is certainly a must see. Travelers beware: Kolomna is one of those cities in the Moscow region where people go for a weekend and stay their whole life. Muscovites have already acquired apartments and homes here, charmed by the ancient city’s convenient location and its serene atmosphere.

The historical part of Kolomna was built between the 14th and 19th centuries. There are currently about 20 functioning churches and 4 monasteries. Thankfully, Kolomna’s ancient architecture remains virtually unchanged. This is largely due to the fact that during WW2, the frontline stopped just 30 kilometers from Kolomna and the city was not destroyed; its buildings and hidden treasures survived. Consequently, a wonderful assortment of architectural style is found here: Baroque, Classicalist, Art Nouveau, Constructivist, pseudo-Gothic, Empire, Naryshkin Baroque, Byzantine and Russian Revival. 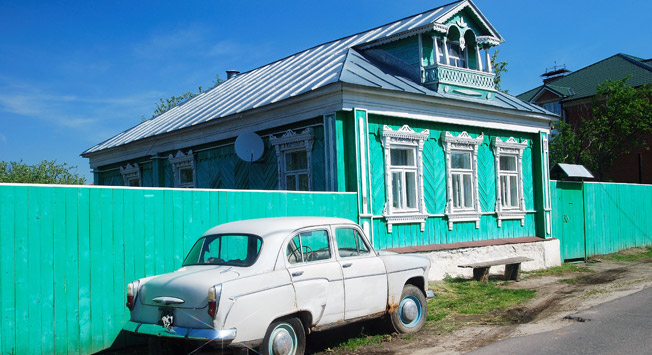 The narrow streets and ubiquitous architecture make Kolomna a pedestrian friendly city and you’d be well advised to get around on foot. With many outdoor sites to see, the best time of year to visit is in summer or autumn. If you begin your walking tour from the railroad station, you can observe how the five-storey paneled Khrushchev-houses have been replaced by wooden houses with carved architraves and lofts, old stone mansions, snowy white churches, and finally, the mighty kremlin walls. Every street here opens to a view of one of the kremlin towers or a belfry. 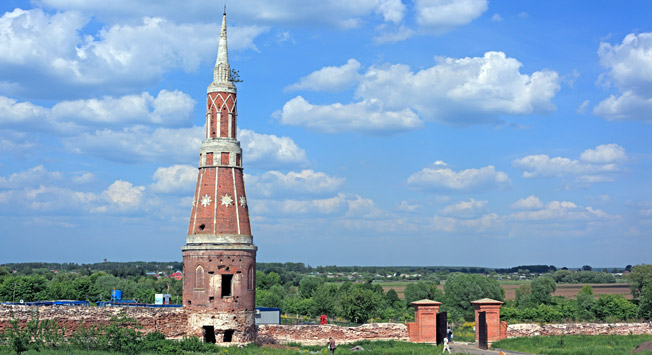 Should you choose to do a walking tour of the city, don’t forget to visit Lazhechnikov Street, where the great Russian writer Ivan Lazhechnikov resided before his death. Lazechnikov is most notable for his scathingly truthful memoirs about Russian history. So much so Tchaikovsky even based his opera, Oprichnik, off of his work. Lazhechnikov Street is one of the most picturesque corners of the city; here you can find the Uspensky Brusensky Monastery built in the 16th century, the former town council building (19th century), and the urban nobility estates (19th century).

Throughout the 20th century, Kolomna was thought to be one of the largest industrial enterprises in Russia due to its heavy output of metals, wood and leather. Today however, you will find it laden with greenery, specifically apple orchards. Dating back to the 15th century, long before Russia’s industrial revolution, inhabitants began making pastilas out of apple puree. The apple pastila (much like a marshmallow), has stood the test of time. Still very much in demand, it is now one of Russia’s most famous desserts. If you have a sweet tooth, you best take a trip to The Pastila Museum of Nikolai on the Posada, recently renovated and now open to the public. Here, they make the famous ‘Kolomna pastila’ using the age-old 19th-century recipe; you can make your verdict. The Church of Resurrection, is yet another attraction that is steeped in both factual history and Russian folklore and one which you should visit. 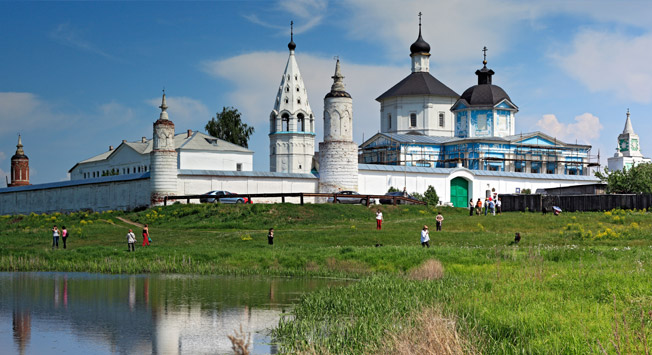 Prince Dmitry Donskoy, the first prince to openly challenge Mongol authority in Russia, was married here. Many years later, Ivan the Terrible built himself a palace on the very same plot, which included Kolomna’s most famous tower; the Marinkina Tower. Legend has it that during the Time of Troubles (1598-1613), Marina Mniszech, also known as “Marinka the witch”, was imprisoned inside Marinkina Tower in Kolomna. The wife of royal pretender, False Dmitriy I, and then False Dmitriy II, she was the first Polish woman crowned as a tsarina in Russia, and she ruled over Kolomna alongside Dmitriy II, for a short time. Upon the arrival of King Sigismund III Vasa , Dmitriy II and his army were overthrown and Mniszech, according to local legend, was immured in the round walls of the Marinkina Tower where she eventually died. 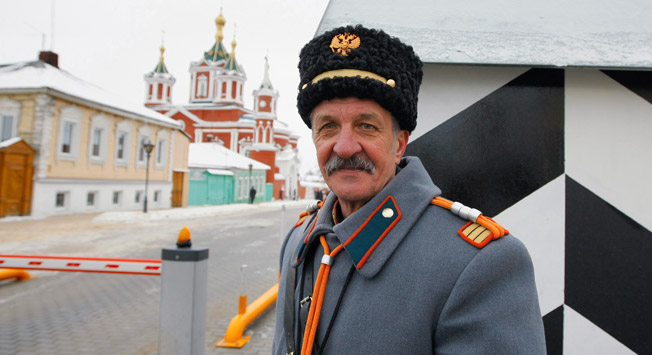 In her short time, Mniszech accomplished at least two historical acts. First of all, she cursed the house of the Romanovs and predicted that the Russian tsars would always die violent deaths. But then she also brought the fork to Russia – she was the first person to use a fork while eating. This provoked furor among both aristocrats and servants. Many were convinced that Mniszech was a Satanist; because she ate her food with a “pitchfork” rather than by hand. However, this idea of eating with a “pitchfork” caught on.

It is not difficult to recognize the tower of Marina Mniszech because of its distinctive aesthetics. It is the tallest of all of the Kolomna Kremlin’s preserved towers (7 have been preserved in total). Its height is 31 metres, with 27 windows designed as arrow like slits which are arranged in a staggered fashion around the tower. 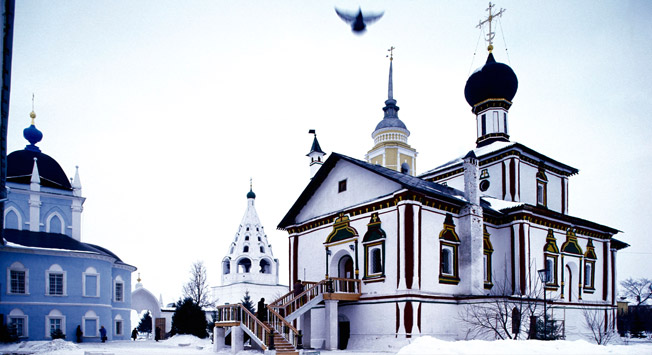 - Aside from the Church of the Resurrection and the Marinka Tower, Kolomna has a lot more to offer. Cathedral Square, the spiritual center of the city, is located on the territory of the kremlin. The architectural face of the square was formed during the 14th-19th centuries. Within the square, various landmarks can be found. The Uspensky Assumption Cathedral, which was constructed at the order of Dmitry Donskoy in honor of the Russian army’s victory over the Tatar-Mongolian yoke, occupies the central position on it. To the right of this cathedral is the tented roof bell tower, the most powerful belfry in Russia. Next to the belfry is the Tikhvinsky Cathedral (18th-19th centuries), Kolomna’s winter cathedral church. To the left of the cathedral is the New Golutvin Holy Trinity Monastery (16th-19th centuries). The Church of Nikola the Guest built in 1501, is one of the first brick churches erected in Russia, and is the oldest buildings of the Kolomna Kremlin. They are located at the northeast of Cathedral Square. 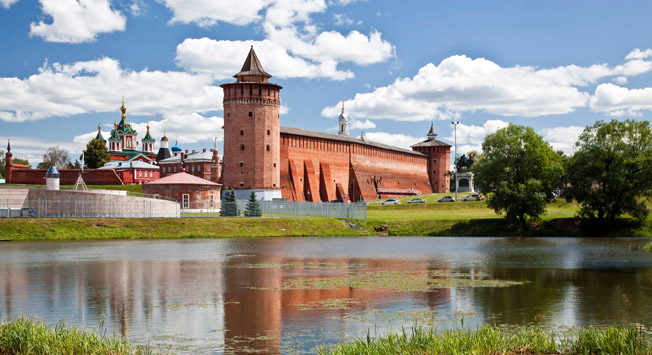 - Why not take a trip to Art-Kommunalka, a small museum inside a communal apartment where none of the decor has changed since the 1960’s. Here you can see how a communal kitchen and bathroom looked in the old days, smell the first Soviet-made perfume “Red Moscow” and men’s colognes that not only smothered but were often used “internally.” You will find yourself in the very heart of the Soviet era and will also enjoy the modern art objects which fit perfectly into the interior of the apartment.

- At the Kolomna Pastila Museum, you can see how the famous delicacy was prepared. They bake the apples to make a puree, and then whip the mixture into solid foam using wooden paddles. The process usually takes two solid days; neither egg whites nor thickening agents are used in the preparation of pastilas.

The museum is located in Kolomna’s historical center, in a cozy wooden house full of antique furniture and intoxicating aromas – there is also an apple orchard and small production shop at the museum. Here they make pastilas by hand according to the old recipe – about 26 varieties of loose white and tight red ones. In the museum, a tea table is always set so that you may sample the pastilas. There you can buy whichever you like and bring it home for a delicious souvenir.

You can’t possibly leave Kolomna without grabbing a souvenir or two! Historical trinkets and sweet treats can make great gifts for friends and loved ones. Here are some suggestions:

- A souvenir called “Kolomna verst”. In the 17th century, Tsar Alexsey Mikhailovich ordered replacements for the pillars marking the versts on the road from Moscow, to the summer palace in neighboring Kolomna. The new ones were much taller than the old ones and because of its deep rooted connotations, until this day, tall people have been called “Kolomna versts.”

- Kolomna kolacky from the Kalachnaya Museum ( 14 Zaitseva St ). But be warned! Contrary to popular belief they are not sweet, but sprinkled with flour and not powdered sugar.

- Authentic apple pastilas from the Kolomna Pastila Museum ( 13A Posadskaya St ). So good you might eat them on your trip home!