9 tips for foreign travelers to Russia 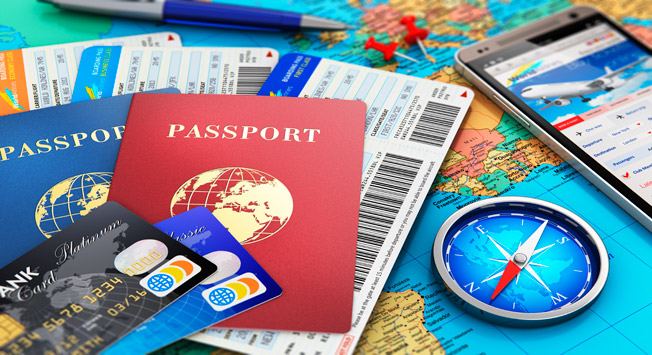 Shutterstock/Legion-Media
Many Russians might not even be aware of these things, because they don’t have to experience them personally or they are so ingrained in Russian society that it may hard for them to imagine things being different in other countries. RBTH has assembled a list of tips intended to be useful for short and long-term visitors alike.

1. You need your passport everywhere you go. It is usually required to buy telephone SIM-cards, enter a business center or university, or even to return an item in a shop. Russians carry their passports everywhere they go and for a worry-free trip you should, too (at least a copy).

2. Documents are sacred. If you buy a ticket for a Russian, make sure you use the appropriate passport (Russians have two – a domestic, and a foreign one) and spellings, as one letter off or the wrong passport could mean that someone is not getting on a plane. Never shorten a name; for example, do not substitute Sasha for Alexander on a document.

3. Some foreigners are surprised by the excessive phone charges for roaming between cities in Russia. Make sure to check you tariff and consider signing up for a special one to minimize charges while traveling.

4. A chain is not always a chain as interpreted in other countries. While a store may sell the same products and offer similar services as another store with the same name, it does not always mean that the stores are seamlessly connected. For example, when you buy a bonus card of some kind, make sure it covers the locations you need: do not assume that it will work everywhere. Banks have to be Russian-majority owned, so a customer will be charged for using a Citibank machine even if they have an account back home. One Dutch citizen we polled asked a bank to send them a new bankcard to Moscow after they moved from St. Petersburg. The bank refused and insisted that the customer take a trip to St. Petersburg to pick up the new card. Only after being assertive did the bank acquiesce. The client assumed it wouldn't make a difference. Russians, however, are used to dealing with one store and rarely make such assumptions.

5. Setting up a bank account as a foreigner can be tricky. Sometimes different branches have divergent policies. Generally, doing business with Citibank (for U.S. citizens) and Raiffeisen (for European citizens) are considered the easiest.

6.Foreign bankcards. Some foreigners (especially Americans) tend to have problems using foreign bankcards as most credit card machines in Russia only accept them with a PIN code. Get a PIN code in advance if you do not have one for your credit card. Also, some foreign banks decline online purchases on certain Russian sites; be prepared to go in person to make a purchase or call your bank and ask them to certify the operation. Additionally, foreign cardholders are limited to taking small amounts from bank machines (usually 7500 rubles - $162); Russians can often take out 10 times that amount.

7. Registration. Foreigners must register their visa within seven working days of arrival to Russia excluding holidays and weekends or else they could face fines or deportation. Note that this law changed in 2011 (from 72 hours).

However, there are ambiguities. According to how the text is written it seems entirely possible that as long as a traveler does not spend seven consecutive working days in one city, then they do not have to register at all. However, it is recommended to register as soon as you arrive in Russia and in each subsequent city you visit.

Hotels should register you automatically. If you are staying in a private apartment, then the owner of the apartment will need to go to the local police station or post office to register you. If you have a work visa, then your workplace should take care of this. If on a tourist visa the agency that wrote your invitation should help.

9.Borders. Different rules apply to foreigners visiting international border regions than Russians. As a rule check in advance if you will be traveling near a border, especially a sensitive one such as North Korea. Always carry your passport and registration with you.

Additionally one American told us that a bus operator refused to sell them a ticket to Finland as there had been difficulties crossing with certain nationalities before. The same has been said to be true for foreigners traveling to China by bus from the Far East. Check in advance if using a private operator to cross a border.