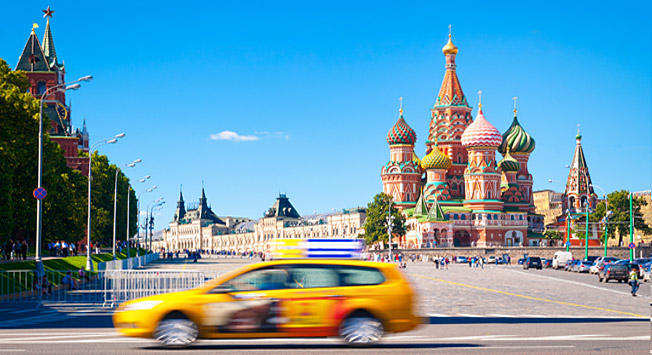 Shutterstock/Legion-Media
Ivan Shirokov is a Russian native, keen traveler and a Senior Destination Specialist at Travel All Russia, a destination management company specializing in premium tours to Russia.

Options include touring Moscow on an old school trolleybus listening to Russian classical music, getting behind the scenes of the cold war at a hidden space station outside of the capital and seeing Moscow in all its grandeur from the heights of its skyscrapers. These tours through Moscow are recommended because they are unique in style, offer food for thought and get visitors as close as possible to the true nature of Russian culture.

Moscow trolleybus line “B” blazes a musical path through Moscow's cultural and historical heart every day. The Grand Bukashka tour follows the Garden Ring route with 33 stops and 33 corresponding tunes associated with the musical history of Russia at each stop. Musical heroes represented on the tour include classical composers such as Tchaikovksy to more contemporary singers such as Vysotsky and Zemfira.

It is suitable for Muscovites and tourists alike of all ages. Participants can join the tour at any stop with a regular public transport ticket, although organizers recommend starting at the Kurskaya metro station. It is also possible to download the Grand Bukashka app for smartphones. With the app participants can do the tour on their own terms at any time. Sit back and let the Moscow streets roll past as you hear the music of Russia and immerse yourself in the stories of its origins.

You can download the mobile app and read more about the route here www.grandbukashka.com (in Russian)

To space village by steam train

Photo credit: Shutterstock/Legion-Media
This tour to one of the most classified government centers (and until recently it was a closed site) in Russia begins by train from Moscow’s Yaroslavsky station. Rolling across the scenic countryside, you will pass a rocket factory and reach a secret platform in the woods outside Moscow where a monument to Yuri Gagarin standing next to a Russian space-training center emerges. There is an impressive planetarium here that used to train cosmonauts; it contains 9000 stars. Just for comparison’s sake, our eyes can only see 3000 stars in the night sky. There is also a mock MIR space station, as well as a model of the International Space Station and Soyuz training capsules. You will also see a large centrifuge that weighs 305 tons that is used to train cosmonauts in g-forces.

Guests travel to and from Moscow on a well-preserved Soviet L-series steam engine train. On board complimentary tea and coffee is served to passengers as they take in the luscious Russian countryside passing by.

This tour is organized by Retropoezd. Browse more details of the itinerary and review other destinations here  www.retropoezd.ru (in Russian)

A sculpture and warning to children

Photo credit: Shutterstock/Legion-Media
According to creator Mikhail Shemiakin, his sculpture serves as “a symbol and a call to fight for the salvation of current and future generations.” It is located just over the Kamenny bridge adjacent to the Kremlin between the river and canal in Bolotnaya Square.

Depending on your mood, this sculpture will either fascinate or offend. Some of the bronze sculptures consist of figures depicting adult vices such as alcoholism, drug addiction and prostitution that affect children. Others appear to be of nightmarish creatures dreamed up out of art or literature. Two aloof playmates, a boy and a girl, serve as a centerpiece representing “indifference.” Some Muscovites worried that it would frighten children and it remains a controversial sight. It’s stillness and inscrutability make it a jarring, yet fascinating surprise along a walk through Moscow.

Photo credit: birdseyeview.ru
On this tour guests will be able to touch one of the golden stars of the Seven Sisters of Moscow. Of course, it goes without saying that the panoramas from the heights over Komsomolskaya Square are also worth the price of admission. If you are in need of a one-of-a-kind Moscow selfie, this tour will solve that problem for you. This one-hour tour may be quick, but it shows visitors and locals alike the city from a new and exhilarating perspective.

This tour is organized by Sputnik. For more information see www.sputnik8.com

Photo credit: Shutterstock/Legion-Media
This pub crawl is sponsored by none other than Jagermeister. Every Tuesday, Thursday and Saturday a group meets at the Okhotny Ryad metro station. In one night, you’ll visit some of the best clubs and pubs of Moscow and meet people from all over the world. You will visit three bars on Saturday’s “crawl” and four on Tuesday and Thursday. You will get a welcome drink and free entrance at each location. What you drink beyond that is up to you. Pub crawls are one of the best ways to see a city, and never has that been more true than in Moscow, which features some of the best nightlife in the world. Space is limited so it’s best to book in advance.

You can book a spot on the crawl here  www.moscowpubcrawl.com