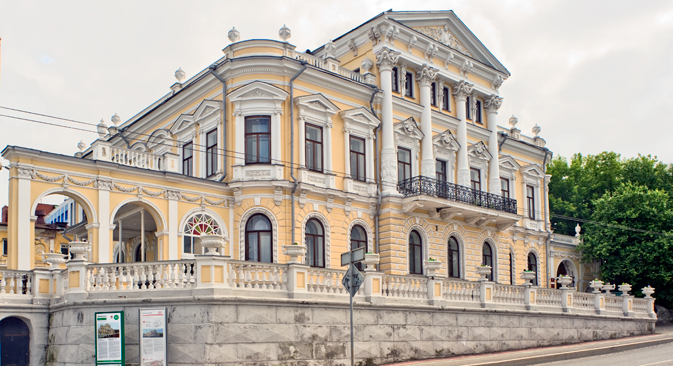 Perm is both an industrial powerhouse and one of Russia’s major cultural centers.

Located just on the European side of the Ural Mountains, the metropolis of Perm is both an industrial powerhouse and one of Russia’s major cultural centers. The main part of the city extends for miles along the high east bank of the Kama River, with sweeping vistas across the river to the west. With slightly over a million inhabitants, Perm belongs to a cluster of cities (Krasnoyarsk, Voronezh, Volgograd) that falls just outside of Russia’s top ten.

Perm is documented as early as the 12-century chronicle “Tale of Bygone Years.” At that time, the word “Perm” was variously used to mean lands extending from the Vychegda River basin in the north to the Pechora and Izhma River networks in the east and south to the Vishera and Kama Rivers. This territory was nominally controlled by the economic power of Novgorod, whose hunters and traders were interested in its supply of valuable furs.

The city now known as Perm had its origins in the quest by Peter the Great (1672-1725) to exploit the rich ore deposits of the Urals and secure sources of high-quality industrial metals. As was the case for other Urals' towns (including Ekaterinburg), the guiding force in developing this area was Vasily Tatishchev (1686-1750), one of Russia's early professional historians.

A scholar with a gift for practical activity, Tatishchev had boundless admiration for Peter the Great and was an influential proponent of the central role of autocrat and state in Russian history. During the 1720s, Tatishchev established settlements at mines, smelters, and metal-working plants throughout the Ural Mountains.

In 1720, Tatishchev chose the 17th-century village of Egoshikha, located near the small Egoshikha River, a tributary of the Kama. With nearby sources of copper ore, the site was considered ideal for a large smelter. Construction began on the main Egoshikha factory on May 4, 1723, which is considered the city’s founding date. The name “Perm” was officially adopted only in 1781 after a command by Catherine the Great that transformed the large factory settlement into an administrative center for the Urals.

Since its origins, Perm has been associated with heavy industry, and by the 1860s it became one of the most important arms producing areas in Russia. The cannon works at Motovilikha, a factory town founded in the 18th century near the copper plant at Egoshikha, became a key component in the Russian military-industrial complex. There is now an outdoor museum devoted to an array of armaments produced at Motovilikha.

Because of its favorable location on the Kama in the Volga River basin, Perm during the 19th century developed into a transportation center for salt and other minerals, as well as metal ore and the products of metal factories throughout the western Ural Mountains. In 1846, regular steamboat service was established on the Kama. In 1863, Perm was included in the main Siberian Highway, and in 1878 construction was completed on the first phase of the Urals Railroad from Perm to Ekaterinburg, part of a railroad construction boom that culminated in the early 20th century with the completion of the TransSiberian Railway.

Although located on on a major river, Perm was remote enough to serve as a place of exile. The state reformer Count Mikhail Speransky, who appears in Tolstoy's War and Peace, fell into temporary disfavor under Alexander I and was exiled here in 1812-14. Two decades later, in 1835, writer and political thinker Alexander Herzen spent part of his long exile in Perm. And during the Stalinist era, the Perm region became a major part of the GULAG system.

The city's architecture has reflected it growth since the 19th century. Perm's most visible religious building is the Cathedral of the Transfiguration of the Savior overlooking the Kama. The cathedral was located at the Transfiguration Monastery, originally founded in 1560 by the Stroganovs for their settlement up the Kama River at Pyskor. In 1781 the monastery was transferred to the newly elevated Perm as a bishop’s residence. Construction of the Perm cathedral extended over several decades until 1819. As the cathedral was completed, work began on its majestic neoclassical bell tower, designed by Ivan Sviyazev and finally completed in 1832.

The Transfiguration Cathedral and adjacent monastery buildings now house both the Art Museum — which contains an excellent collection of local religious art, including wooden statuary — and the Regional History Museum.

Much of Perm burned during a fire in 1842, but the town rapidly recovered. Among its cultural monuments is the house built in 1852 on Siberian Street by Pavel Diaghilev, grandfather of the great Serge Diaghilev, who spent much of his childhood there.

During the decades leading up to World War I, the expansion of Perm led to the widespread construction of brick buildings in decorative eclectic styles for commercial, private and religious use. Many of these buildings have been preserved, including Orthodox churches that escaped destruction during the Soviet period. Prominent among them are the Ascension-St. Feodosy Church (1903-1910) and the Trinity Cathedral (1846-1949).

Carefully restored on the city outskirts is the Church of the Icon of the Kazan Virgin, constructed in 1905-1907 with support from the Kamensky merchant family. Part of the now revived 19th-century Dormition Convent, the church is known for its large ceramic image of the savior by the artists Viktor Vasnetsov and Nikolai Roerich. To the north of central Perm is the elaborately decorated Church of the Dormition, rebuilt in 1900-1905 at the Egoshikha Cemetery, near the site of the original Perm copper smelter.

Perm also has a large Moorish-style mosque whose construction in 1902-1903 was funded by wealthy merchants. Its tall minaret is an area landmark, soaring above the few remaining wooden houses and century-old brick buildings in what was once a neighborhood of ethnic Tatars, who are traditionally Muslim.

Like other industrial and railroad towns in the Urals and Siberia, Perm was hotly contested during the Russian Civil War. For a few months it appeared that Admiral Alexander Kolchak's White forces, which captured Perm on Christmas Eve in 1918, would prevail in their drive westward.

Yet the energetic strategy of Red commanders such as Mikhail Frunze and Vasily Bliukher drove Kolchak back from Perm in what proved to be a disastrous retreat. The Red victory in the spring of 1919 is commemorated in the center of town by a bronze statue of Red soldiers and commissars. The sculpture is located where Lenin Street meets the Komsomol Square park.

Efforts are now underway to understand the history of the anti-Bolshevik side in the conflict. Near the Bolshevik monument is a restored townhouse known built in 1910 by the merchant Vasily Korolev and known as the Korolev's Rooms Hotel. The facade now displays a bronze plaque noting that Grand Duke Michael Aleksandrovich, the fourth son of Alexander III and briefly the successor to Nicholas II in March 1917, lived there during 1918 until taken away for execution by a Bolshevik faction on June 14.

Despite catastrophic damage during the Civil War, Perm regained its industrial power in the 1930s. In March 1940, the city was renamed Molotov in honor of Vyacheslav Molotov (1890-1986), a member of Stalin’s inner circle. The name Perm was restored in October 1957 in the wake of Nikita Khrushchev’s campaign of de-Stalinization.

Perm still maintains a tenuous balance between preservation and a "big-city" sense of proportion and design. The central city now displays a number of swank new apartment and office towers, including developments by the prominent local architect Sergei Shamarin.

The city's economy rests on the continuing viability of local industry, which includes not only metal working and engine production but also major oil refineries and related chemical plants. A particularly visible role is played by energy giant Lukoil.

Perm is also known for its cultural institutions, including the Perm Museum of Contemporary Art, located in the former main River Station (1940). Its avant-garde installations have received varying levels of support, and the building's monumental facades currently have a disheveled appearance.

Also no stranger to controversy is the monumental “Perm Gate,” erected in 2011 by the artist Nikolai Polissky near the main Perm II Rail Station. Nearly 40 feet tall, the sculpture consists of hundreds of fir logs bound in chaotic fashion to create a peculiar triumphal arch.

Also near the city is Perm-36, a former concentration camp site converted to a museum about the GULAG system which recently lost its funding and was forced to close.