Steppe on it: driving across Russia’s great plains 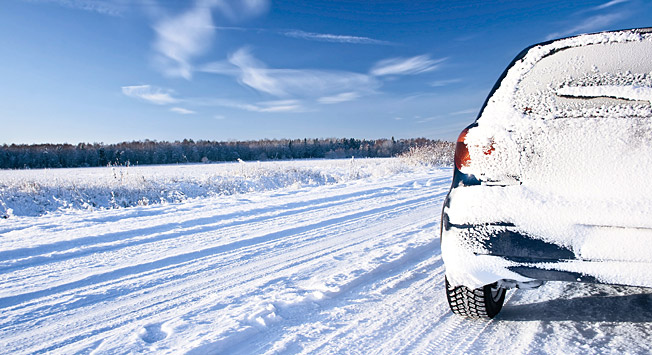 Shutterstock/Legion-Media
The section of the Trans-Siberian Highway north of Kazakhstan cuts through approximately 1,000 kilometers of steppe—flatland similar to the Great Plains of the U.S. The region contains noteworthy cities and wetlands that attract hundreds of bird species.

After driving through the endless Siberian taiga, arriving in Novosibirsk can be a bit of a shock. Novosibirsk, population 1.5 million, is a sprawling metropolis of high-rises that stands imposingly over the vast horizontal plains of the steppe.

Founded in 1893 during the construction of the Trans-Siberian Railroad, Novosibirsk didn’t achieve rapid growth until after World War II. The Ob River, one the world’s longest, flows just west of central Novosibirsk.

Although Novosibirsk is relatively young, the city boasts a number of historic buildings. The Chapel of St. Nicholas, a skinny structure with two onion domes, is one of the city’s most iconic sights. Built in 1915, the chapel was destroyed during Soviet times and rebuilt in 1993. Also worth visiting are the Alexander Nevsky Cathedral, a red-brick structure with massive gilded domes and the Voznesensky Cathedral, which was also rebuilt several times.

Most points of interest in Novosibirsk are located around Lenin Square in the center. The travel agency Express to Russia offers comprehensive tours of Novosibirsk and the nearby “scientific city” Akademgorodok (appoximately $100 each for a six-person group).

The high-rise Gorskiy City Hotel offers great views of Novosibirsk. Rooms start at around $60 a night and it is conveniently located near the Trans-Siberian Highway.

From the Gorskiy Hotel, turn right on Ul. Nemirovicha-Danchenko and drive over the Ob River via the Oktyabrsky Bridge. Take the first exit on the bridge’s other side onto the M-52 Federal Highway and head north. The M-52 soon ends at the Trans-Siberian Highway, which changes from the M-53 Federal Highway to the M-51 in Novosibirsk.

West of Novosibirsk, the earth becomes as flat as a windowpane. In all directions there is a never-ending expanse of prairie without the slightest dip, hill, or rise in the terrain. The plains of the Central Asian steppe begin here, a vast expanse of grassland and swamp that stretches west to the Ural Mountains and north to the Arctic Ocean.

As you drive west towards Omsk (nine hours, 650 kilometers from Novosibirsk), expect to see only several villages every hour. During summer, you will pass fields of wheat and sunflowers that extend into the horizon and glow brilliantly under the sun.

Farmland on the steppe is interspersed with lowlands filled with stretches of swamp crosshatched in the distance by groves of dead birch trees. These bogs might appear lifeless, but looks can be deceiving: birds thrive here.

Over 400 different bird species can be found here at different times of the year. Majestic wide-winged black and gray birds peck at the roadside, wild ducks bob in the swamps and songbirds proliferate in the trees.

One of the best places to see birds here is along the river tributaries of Lake Chany, one of Siberia’s largest. Located just south of Barabinsk (4.5 hours, 315 kilometers from Novosibirsk) on the M-51, Lake Chany is a wonderful, yet wild place to explore when driving across Russia.

The Chulym River, near the town of Chulym (two hours, 120 kilometers south of Barabinsk) drains out of Lake Chany. The Chulym River contains scores of bird species including the whooper swan, white-tailed eagle, grey heron and ospreys.

To learn more about birdwatching on the Russian steppe, contact the Eco Travel Center.

Across Siberia, the Trans-Siberian Highway is the only road that leads to Moscow. But west of Omsk, roads increase and you have more options for getting creative.

If you love Russian literature, stop in the city of Omsk to visit the museum dedicated to Russian novelist Fyodor Dostoevsky who spent four years imprisoned here during the mid-19th century.

Beyond Omsk the Trans-Siberian Highway, known locally as the M-51, makes a 400-kilometer detour through northern Kazakhstan before reentering Russia. If you don’t have a multi-entry Russian visa and a Kazakh visa, turn north on the E-30 Highway, which branches off the M-51 just outside of Omsk after crossing the Irtysh River.

If your goal is to drive as much of the Trans-Siberian Highway as possible, the E-30 will take you south to the M-51 on the other side of Kazakhstan. But several very interesting cities—Tyumen, Tobolsk and Yekaterinburg—are north of the M-51.

To reach Tyumen, turn off the E-30 onto Highway E-22 in the town of Ishim (5 hours, 340 kilometers from Omsk). The E-22 leads to Tyumen, the oldest Russian settlement in Siberia. Depending on the direction it will be either the first or last city in Siberia you pass.