On the trail of the Vikings in Veliky Novgorod 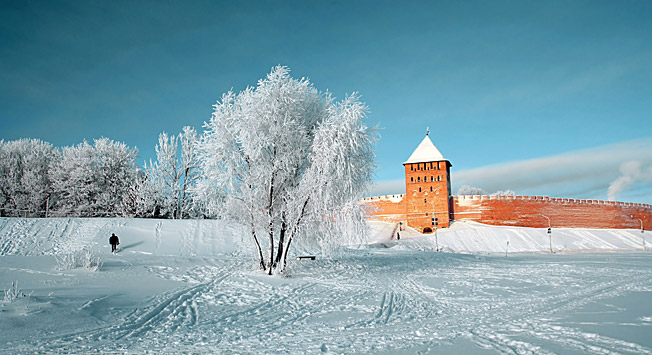 Lori/Legion-Media
This northern Russian city has kept some remnants from the time when local forests were inhabited by tribes of the Ilmen Slavs and Vikings would fight sword battles along the banks of its rivers.

Veliky Novgorod (589 kilometers from Moscow and often referred to simply as “Novgorod”) was for many centuries the most important commercial hub in Eastern Europe, having developed relations with German and Scandinavian cities, the Black Sea region and with Muslim centers of the East. A unique political system emerged here that was republican at its core. Novgorod was fortunately spared a Mongol invasion and its development was not stunted by the catastrophic destruction that afflicted ancient Rus’, whose largest cities were turned to ashes.

From the Varangians to Rus’ 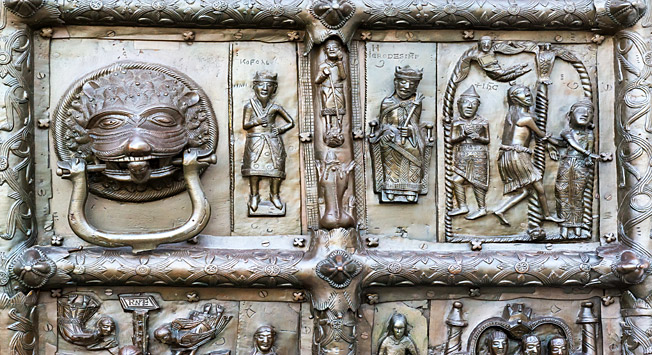 Photo credit: Shutterstock/Legion-Media
The Vikings – or Varangians as they were called by the Ilmen Slavs that lived here at the time – reached Novgorod, the northern capital of ancient Rus’, by sea. The Scandinavians embarked on a long journey from the Varangian (Baltic) Sea, through the Gulf of Finland and Lake Ladoga, then along the Volkhov River straight into Lake Ilmen and Novgorod’s territory. Nowadays Scandinavian “Vikings” seldom come to Russia by sea and only for scientific purposes. The last ship to come (in 2012) was the “Fornkore,” which sailed from Stockholm to Novgorod in 24 days.

The Vikings sailed great distances for more than just plunder: in the ninth century Novgorod’s rivers were part of a major trading route “from the Varangians to the Greeks.” Byzantine merchants preferred traveling along this route and traded in the cities located along its river banks, as in the hinterland merchants could fall prey to murderous bandits and thieves. The demand for warriors that could guarantee the security of overseas guests and these thriving cities was enormous. The Vikings had no equals in the art of war and were welcomed. Therefore many offered their services to a Slavic ruler, settled down here and became citizens of Rus’. 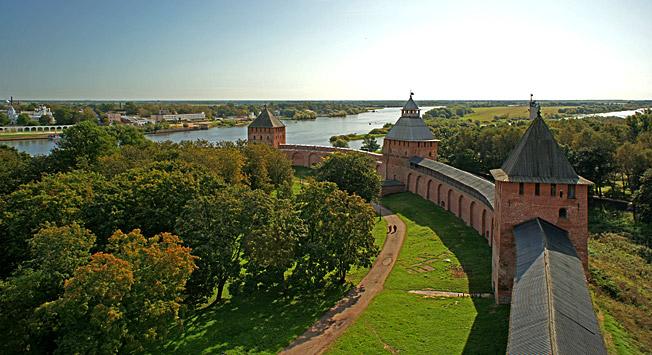 Photo credit: Lori/Legion-Media
According to esteemed Russian historian Vasily Klyuchevsky, Rurik was a Varangian mercenary that came to the Russian lands at the invitation of Novgorod’s citizens. He was hired to defend Novgorod from the raids of steppe marauders; nomads eventually took power by force several centuries later.

According to another version, outlined in the “Tale of Bygone Years” (the 12th century Russian chronicles and the oldest that have survived), it was Novgorod’s inhabitants themselves who asked Rurik to be their ruler and establish order during a difficult period of internecine fighting. As a result, in the ninth century Rurik reached the banks of the Volkhov River with a small group of warriors and founded a settlement there whose traces can still be seen 13 kilometers from Novgorod.

On the right bank of the Volkhov River there is a towering hill. This is all that’s left of Rurik’s ancient settlement, the residence of the first Russian ruling dynasty, the Rurikids. The city of Novgorod was later christened as the “New City” (Novy Gorod in Russian) to differentiate itself from this older outpost. This small hill today is covered by green grass. However, in the 10th century wooden streets could be found here, the first ones to appear in ancient Rus’.

In the 12th century it was on this hill that the Annunciation Cathedral was built, while on the opposite bank of the river a cathedral was built in honor of St. George, becoming the main church of the Yuriev Monastery. The sparkle of the two sanctuaries’ domes welcomed guests coming to Novgorod’s land from the northern direction of Lake Ilmen. Today all that’s left of the Annunciation Cathedral are some picturesque ruins. But if you come here by boat (the river is open to navigation from May to September), it’s not difficult to imagine the prince sailing on a light “ladya” boat towards his town and being welcomed by the ringing bells of the two cathedrals.

Messages from the past 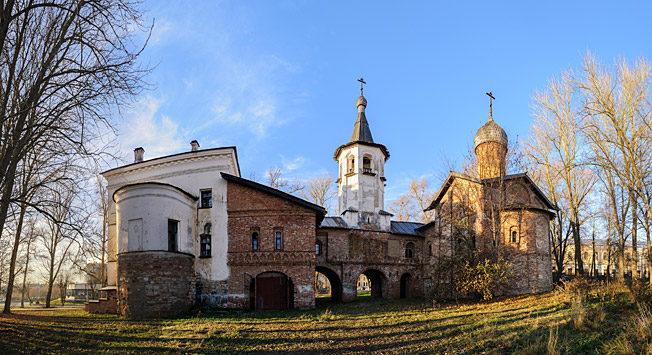 Photo credit: Lori/Legion-Media
It is indisputable that Vikings lived in Rurik’s settlement as well as in Novgorod for quite some time. In the clay ground archaeologists have found more than a dozen pieces of evidence: bits of clothes typical of Scandinavia at that time and religious artifacts more than 1,000 years old. Clay has perfectly preserved birch-bark manuscripts filled with messages that all of Novgorod’s inhabitants, from princes to plebeians, used to exchange among themselves. The mass literacy of Novgorod’s citizens at that time was extraordinarily high not only for Russia, but for the whole of Europe as well.

It is worth going to the local museum-reserve to inspect the personal correspondence of Novgorod’s citizenry dating back to the 11th-12th centuries. Such sentences are common: “buy butter, buy clothes for your children and let your son learn to read and write;” “so let your heart and your soul burn of passion when you see me;” or “send me the money, even if you don’t send money to Svenya, send money to me.” These correspondences allow visitors to practically look through the keyhole of an ancient city.

If you want to do more than just read about the days of old, then go to the small town of Staraya Russa (about 100 kilometers from Novgorod), on Aug. 8 to attend the festival of early medieval culture “Knyazhia Bratchina.” For a couple of days you can pretend to be Rurik or a Viking guard before returning to reality with a Varangian sword as a souvenir.