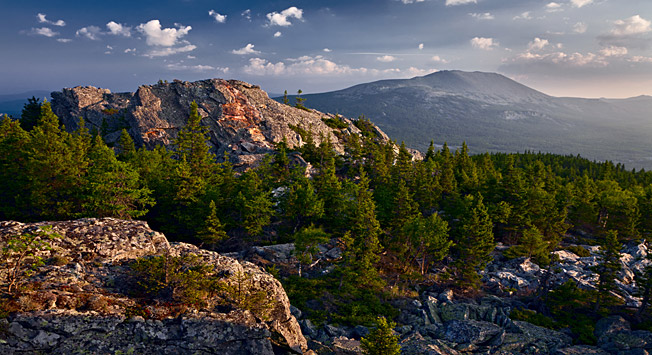 Lori/Legion-Media
The Urals are a special place: it is the only mountain range in the world that divides a continent, separating Europe from Asia. It is also known as the “stone belt” of Russia extending for over 2000 kilometers from north to south and its “blue necklace” with its many wonderful lakes. 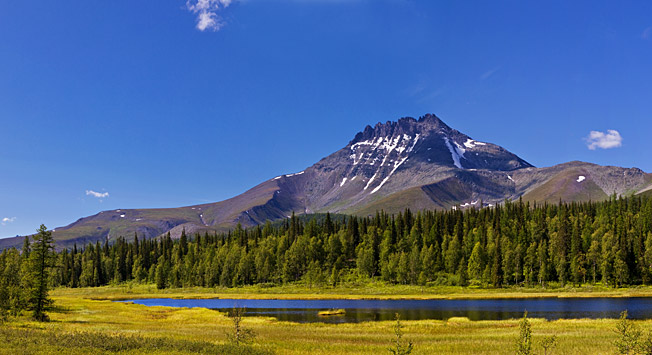 The Ural Mountains guard the remnants of unknown civilizations and attract travelers from throughout the world. Its mountain ranges extend north to the Arctic Ocean, then they are swallowed by the sea before reemerging on Vaygach Island and the Novaya Zemlya Archipelago. The highest peak of the Ural Mountains is Mount Narodnaya (1,895 meters), but a much more beautiful and renowned one is the holy Mount Manaraga (1,660 meters). One of the most popular among mountain lovers is Mount Konzhakovsky Kamen (1,569 meters), while the most unusual, and “hottest” one is Mount Yangan-Tau in Bashkortostan, which supposedly has been burning for centuries now.

2. Arkaim and the “Country of Towns” 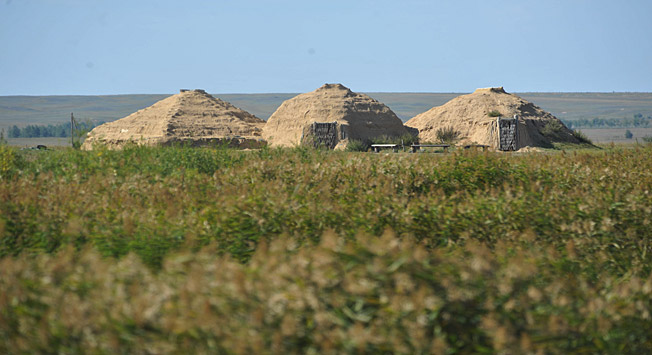 Arkaim is the most researched settlement of the so-called “Country of Towns” ( Strana gorodov in Russian), a complex of 20 settlements spread out over 350 square kilometers in the southern Ural steppe and founded about 2000 years BC. They do not resemble any other known ancient human settlement: this civilization was 5-6 centuries older than Troy and therefore it was contemporary with Cretan-Micenaean culture and with the Middle Kingdom of Egypt (3000-1000 years BC). There is a theory that Arkaim may have served as an ancient observatory or that it was the original homeland of the ancient Aryans. It was here that between the third and the second millennium BC, the division of the Aryans was split into two branches: An Indo-Iranian one and an Iranian one. A couple of days in Arkaim are an excellent way to take a rest from the rat race of contemporary civilization. 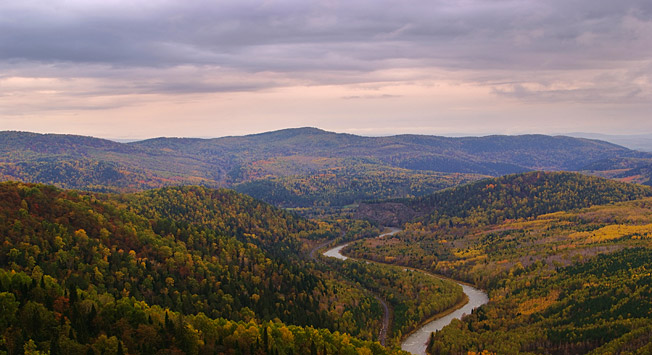 This reserve is a Mecca for naturalists, a mineralogical paradise, where a gem boom has been going on for over a century. On the 304 square kilometers of the Ilmensky Nature Reserve 264 minerals and 70 kinds of rock have been found. Here an extraordinarily rare precious stone was found, the black star-shaped corundum. Some of these stones are characterized by a particular sparkle that has not been seen anywhere else in the world: two six-pointed stars pierced by a single ray. Nowadays there are 368 mines on the protected territory of the reserve beside the forests’ and lakes’ flora and fauna. 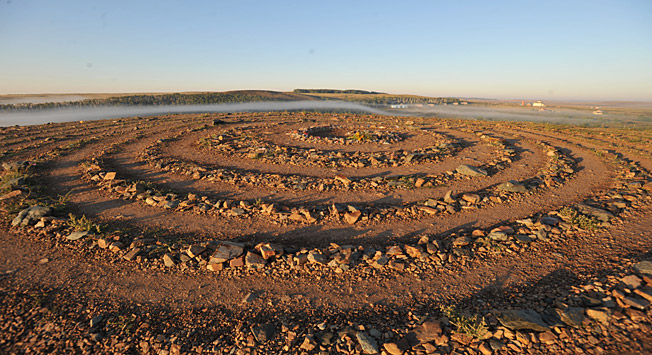 Molyobskaya is one of the most well known anomalous zones in the world, attracting ufologists and tourists from all over the world since the 1980s. Molyobskaya’s anomalies consist in its unusual phosphorescences, dark figures, flying spheres, plant mutations, sound mirages, chronal anomalies, colored lightning and ancient choir singing. Strange things happen here to cameras. 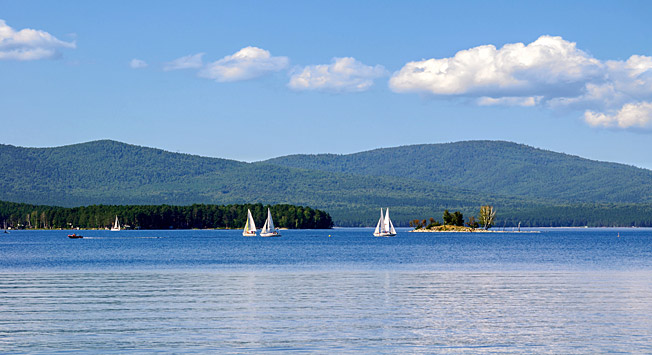 This lake is called “the Ural Baikal” because of the purity and of the particular taste of its water. It is considered to be one of the most precious water expanses in the world and for a long time it was considered sacred by the native peoples of the area. The most original feature of Lake Turgoyak is the remnants of megaliths on the mysterious Isle of Vera. They are more than 6,000 years old and represent a place of worship analogous to Stonehenge. Here one can also find a Neanderthalian settlement (dating back 60,000-100,000 years), the remnants of an Old Believers’ hermitage, some old stone caves and menhirs. 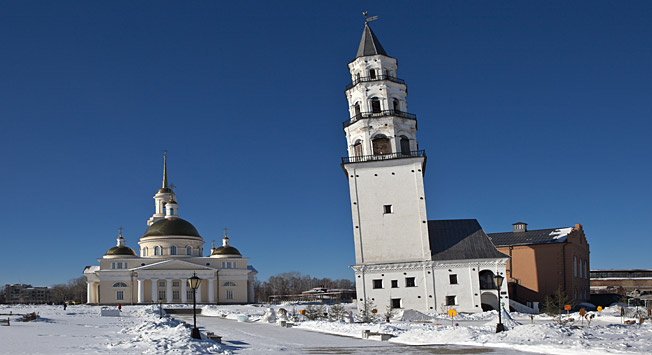 This tower was part of the Demidov’s residence, a dynastic family that founded an industrial empire in the Urals in the 18th century. The tower, which functioned as a watchtower and bell tower, is full of secrets, and no documents related to its construction have survived. Contemporary research has shown that its builders used beams made of two metals, iron and cast iron, for the first time ever.

Locals maintain that the first lightning rod in the world was installed in the tower, 25 years before its official invention by Benjamin Franklin. Especially popular places of interest here are the deep basements and underground passages, the factory laboratory and the special acoustic room, where one word whispered in a corner can be distinctly heard in another. An 18th-century carillon is still in operation here and diligently notes the passing of hours. 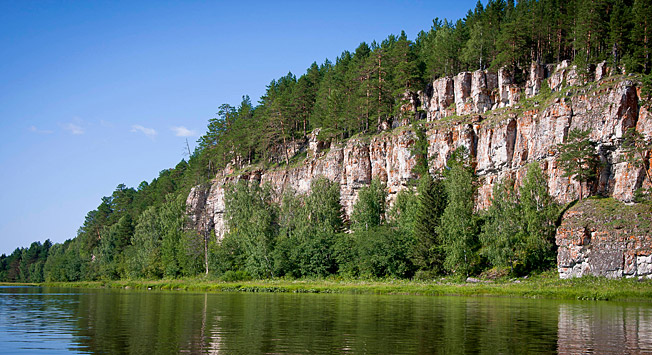 The Chusovaya is the only river in the world that flows both in Asia and in Europe. Swimming along for 592 kilometers, it crosses the Ural Mountains and its sources are located in the swampy areas of the Chelyabinsk Region, north of the southern Ural range. Its course ends when it flows into the Kama River near the city of Perm (1,442 kilometers from Moscow). With about 200 river bank cliffs ranging from 10-15 meters high, the river’s drift is quite unique. Its picturesque banks, numerous sights and the frequent references to it in literature make it one of the Ural region’s most popular tourist destinations.