Crimea: The peninsula lost in time 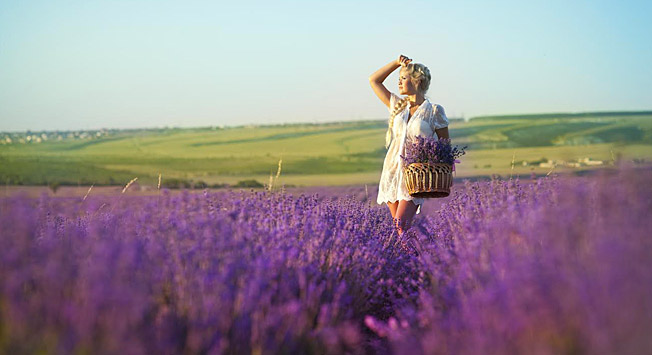 Taurida (the ancient name of the peninsula) is a huge preserved open-air museum. The architectural variety of Crimea can be explained by its great history. Cave towns, the walls and towers of medieval cities, multiple Christian churches, mosques, Jewish kenesas, medieval monasteries – all of these sights live together peacefully on the Crimean land. The names of the cities – Yalta, Simeiz, Partenit, Livadia – speak of their Turkish and Greek background. Nevertheless today's Crimea looks nothing like Europe or Turkey.

The Crimea that tourists find these days is somewhat wild and simple hearted. It feels like Crimea's big history has yet to happen: It lies ahead and not in the past. At the moment, however, the soul of Crimea definitely belongs to the Soviet epoch. A vivid example is world's longest intercity tram line (96 kilometers long) that has been operating here since 1959. Roundish Soviet trolley buses (the trolley buses with a “kind” look), that look like those we see in old movies still carry passengers. They are something akin to museums on wheels and are the local pride.

Crimean resorts and the surrounding landscapes were favorite holiday destinations (and to be accurate almost the only place to go on vacation) for Soviet citizens. Crimea was equally loved by Soviet filmmakers. In its heyday Crimea was one of the busiest film production platforms in the Soviet Union.

Crimea is also known as one of the best resorts to treat lung diseases. There are many stories told by the locals about patients diagnosed with severe lung ailments. Their doctors' prognosis would give them only several months to live, but after their arrival to Yalta the sick would live and work here for another 30-40 years. The story of the world famous Professor Botkin can attest to this.

What to expect from infrastructure and services

While Crimea finds itself in a transition period economically and politically no massive construction or repairs have yet begun on its territory. At the moment those used to clean and neat European towns may find it difficult to find comfort among abandoned buildings and streets, so called “henhouses” (small, shabby houses with minimum facilities usually rented out to tourists) and mounds of trash along roads and in the mountains.

Of course, such images can produce a depressing effect. It sometimes makes you feel like you are back in the 1990s (one of Russia's most difficult periods in modern history). Nevertheless, local landscapes can compensate for such sad impressions. Besides, it is relatively easy to find decent accommodations and enjoy a comfortable holiday here.

Although local services cannot be characterized as being of a high quality, local citizens are very kind, friendly and open to visitors. Sam Skove, an American journalist, aged 25, visited Crimea in early June 2015:

"I flew to Crimea from Moscow, getting in was fairly easy. The Simferopol airport was a little overwhelming, in that there are loads of taxi drivers but if you know what bus to catch it isn't that hard. Getting around was fairly easy (I was in Yalta, Sevastopol, and Balaklava) thanks to the bus system, but I wouldn't recommend it to someone who doesn't speak Russian, as many destinations aren't well marked.

I spoke only Russian there, so I can't say if people speak English - as an American I got mixed responses - but, for the most part, people were pretty nice to me. People are certainly friendlier than in Moscow. Crimea is also a cheaper place than Moscow, although with inflation being so high its not a big deal. In terms of nature it is very pretty - the hills around Balaclava are gorgeous, and really fairly undeveloped."

After all it is not for comfort, but for fresh air with scents of cypress, mountain landscapes and sea views, a southern sky full of stars and moderate prices that one should come to Crimea.

Where to stay and what to see

Large cities such as Simferopol and Sevastopol are loud and quite chaotic. The life here is in full swing and cafe prices are comparable to Moscow. If you seek fresh sea air and the delight of quiet southern nights you should go to Crimea's southern coast. The average price for a two-room apartment from a local owner is 1,000 rubles per night during the offseason, while in summer it can jump as high as 4,000 rubles per night. Hotels prices vary more, ranging from 1,000 to 25,000 rubles per night. You may chose to stay in smaller and quieter places such as Partenit, Simeiz, Alushta, Alupka, Gurzuf, Gaspra and Foros.

It is worth starting your trip in Yalta, one of the peninsula's most popular resorts, an occasionally loud, although mostly calm “city of happiness.” Besides, the city is one of the main transportation hubs for the peninsula, so it is convenient to take buses to nearby towns from here. You should definitely visit the Massandra beaches and try the wines of the same name. Cable cars, Swallow's Nest, historic palaces (Dulber, Kichkine, Vorontsovsky, Livadisky), the Nikitsy botanical garden and the Yalta reserve are an incomplete list of sights you must visit if you come here.

The next stop on anyone’s itinerary could well be Simeiz, a quiet and clean little town that you can get to from Yalta in 30-40 minutes. Local sights include a marvelous park built in 1930s, a mountain that looks like a cat lying down and the famous rock Diva. The ruins of several temples were found near this rocky peak.

Fans of hiking can enjoy mountain climbs to the tops of Ay-Petri near Alupka and Ayu-Dag near Partenit. There is a cable car leading to the first top – Miskhor-Sosnovy Bor-Ay-Petri, it has one of the longest unsupported spans in Europe. The second top is easily approachable by inexperienced hikers – it's a good place to enjoy the view of the sea from the rocks.

Off the beaten track

Another attraction found in Crimea is that there are many partially abandoned and curious places for lovers of the unusual. Take the lavender fields at the village of Turgenevka between Simferopol and Sevastopol. Only a few local residents know that they exist, so searching for this 'Crimean Provence' has the potential for a fascinating adventure.

Saint Luke's Temple is located in the place where the Greek village Laki could be found before it was destroyed. Today religious services are still conducted here, as the temple has become popular among eco-tourists and local historians. Little Jerusalem is the name of another mysterious corner here. To be more precise – this is a small town in the heart of Yevpatoria. Mosques, an Armenian church, an Orthodox church, Karaite kenesas, two synagogues and a monastery of the dervishes – all of these can be found here in one place. In summer, ul. Karaimskaya, the main street of the city, turns into a fair and carnival.

The cost of flights from Moscow to Simferopol, Crimea’s only airport, varies from 2,500 to 4,500 rubles one way. In summer there are flights offered by Ural Airlines, Aeroflot, Yamal, VIM-Avia, Transaero and other companies. Planes also take off from St. Petersburg, Rostov-on-Don and Novosibirsk.