72 hours in Nizhny Novgorod: What to see, eat and do 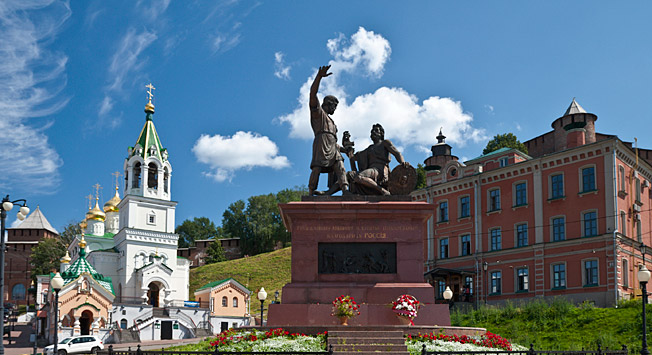 TASS/Vladimir Smirnov
Where you should go for the best views, to make an impressive selfie and to eat if you have only three days in Nizhny Novgorod.

Nizhny Novgorod is a bright spot in the center of European Russia and the fifth largest city in the country with a population of approximately 1.26 million people. The city boasts its own kremlin. This fortress has never been captured, an important fact considering its role in the Time of Troubles when Nizhny Novgorod saved Moscow and Russia during the Polish invasion in 1612.

1. Go to Rozhdestvenskaya Ulitsa for your first date with Nizhny Novgorod. This street is the center of local culture with numerous good cafes, stores and clubs. 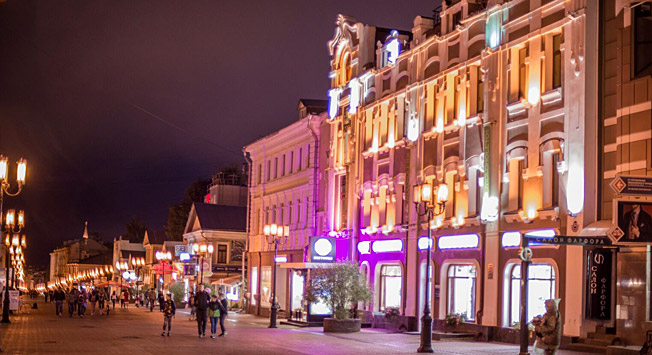 2. The colored onion domes of the Church of the Nativity of Our Lady – the most beautiful building in the city according to locals – can be found in the middle of this street. The domes resemble those of St. Basil’s Cathedral in Moscow and the angle of its belfry often reminds visitors of the Tower of Pisa. 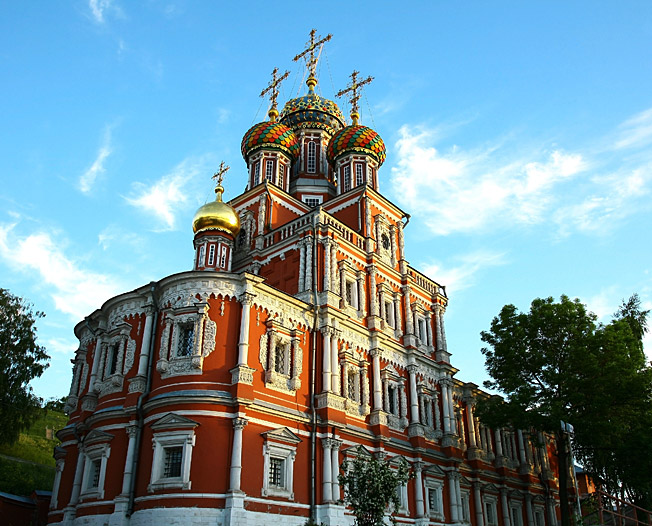 Church of the Nativity of Our Lady in Nizhny Novgorod. Photo credit: Lori/Legion-Media

3. The best place to see the sunset is at the Fedorovsky Embankment. Take a deep breath and run from the church up the 400-meter high hill. You will be rewarded with the feeling of flight as you climb the stairs and encounter a breathtaking view of the city: here you will see the intersection point where the Volga and Oka rivers merge together. It is a wonderful place to say farewell to the setting sun and take a memorable selfie against a gorgeous background.

4. In the literary-themed Bezukhov Restaurant (named for a central character in Tolstoy’s “War and Peace”) at the beginning of Rozhdestvenskaya Ulitsa, your dinner will be accompanied by a poetry reading, cinema screening or even dubstep music. 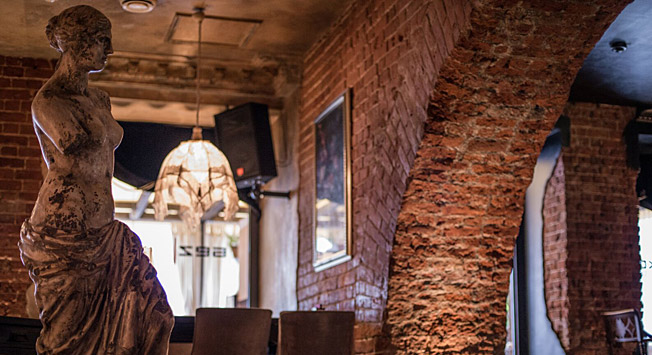 5. A cup of espresso or lavender rough tea cake in Coffee Cake on Rozhdestvenskaya Ulitsa is an excellent way to start your day in Nizhny Novgorod. 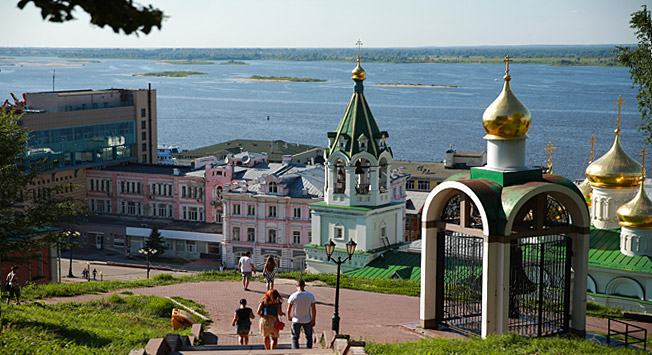 6. Take a walk around the Kremlin while it is still quiet and empty. You can get to the Kremlin using Russia’s first tram, which today runs on an hourly basis from 12:00-16:00 around the city’s main attractions. A 1.2 kilometer-walk along the Kremlin's walls and towers is not only a good workout, but also provides fantastic views of the city and the Volga River. 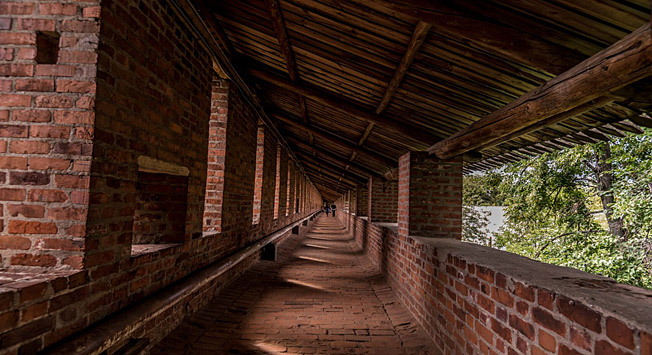 7. Right under the Kremlin walls on the side of Ploshchad Narodngo yedinstva (National Unity Square) is a monument familiar to most travelers to Russia, the Monument Kuzma Minin and Dmitry Pozharsky. Dedicated to Prince Pozharsky and Nizhny Novgorod merchant Minin, two heroes from the difficult Time of Troubles period (1598-1613), this is a small copy of a monument that was crafted in the 19th century through public donations. The original stands in Moscow on Red Square.

8. The appetite worked up during your Kremlin walking tour can be satiated in the hipster café Seledka and Coffee (Herring and Coffee) on Rozhdestvenskaya Ulitsa near Ploshchad Narodnogo yedinstva. If you like London's Dogs & Bubbles (a hot dog and champagne bar) you should be brave enough to order herring and coffee. If this combination is too unusual, try a homemade lemonade and a toast with salmon spread.

9. The best place to spend an evening in Nizhny Novgorod is at the Nizhnevolzhskaya Embankment. Take a slow walk along the river lit with the last rays of the setting sun, smile at the passersby and breathe in the fresh river air. If you get so far as the Chkalov Stairs, you’ll have a chance to finish your day with another effective workout – just 560 stairs to go. 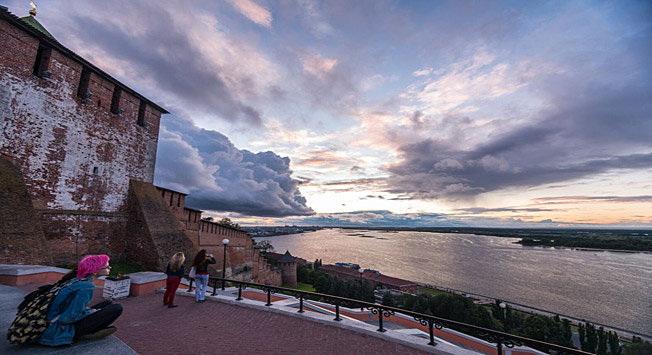 10. Those who enjoy adrenaline-boosting experiences should not miss the Nizhny Novgorod cable car. Climbing to a height of 82 meters it stretches over the Volga for more than 3.5 kilometers. Come here early on the weekends to escape long lines (it opens at 09:00). During thunder storms and windy weather the cable car turns into a bit of a soul-chilling adventure, so probably best to come during pleasant weather.

11. After returning to land make your way to Nizhny Novgorod’s equivalent to Broadway, Bolshaya Pokrovskaya ul. On weekends this street gets quite crowded, but it is still worth coming here to see the old merchant mansions, the theater and amusing statues. Somewhere in the middle of the noisy promenade you will find the building of the State Bank that looks like an old Russian “terem” (ancient Russian wooden palace). 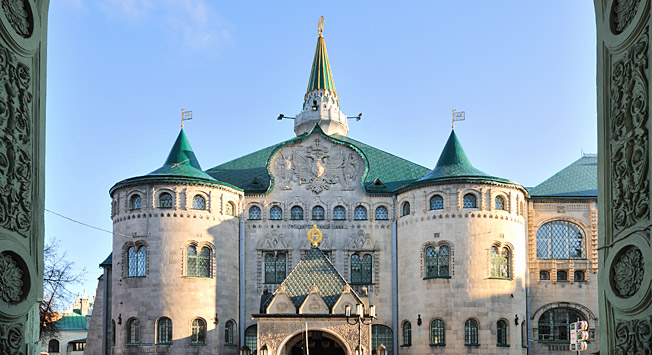 Photo credit: Lori/Legion-Media
This building was erected as a present to the Tsar's family on the 300-year anniversary of the House of the Romanovs. The artist of the paintings inside is Ivan Bilibin, the famous illustrator of Russian fairy tales. The bank building looks like an impenetrable citadel filled with countless treasures guarded by a dragon Smaug. You must make an appointment with a guided tour to get inside; otherwise come on May 17, when the building is open to the public.

12. To say farewell to Nizhny Novgorod go to the famous Biblioteka Bar on Bolshaya Pokrovskaya (book a table in advance). The bar is decorated as a library – the environment of a reading hall with bookshelves and stylish menus. However, it is rarely as quiet in Biblioteka as it is in a real library. Locals come here for sangria, pizza and homemade desserts on their open terrace.

How to get there
The fastest and the most convenient way to get to Nizhny Novgorod from Moscow is by the Strizh train (four hours) that departs from Kursky Railway Station or by car taking the M7 highway (6.5 hours). On the other hand you might want to travel the way merchants did 200 years ago: by a riverboat along the Volga. A boat from Moscow takes four days.