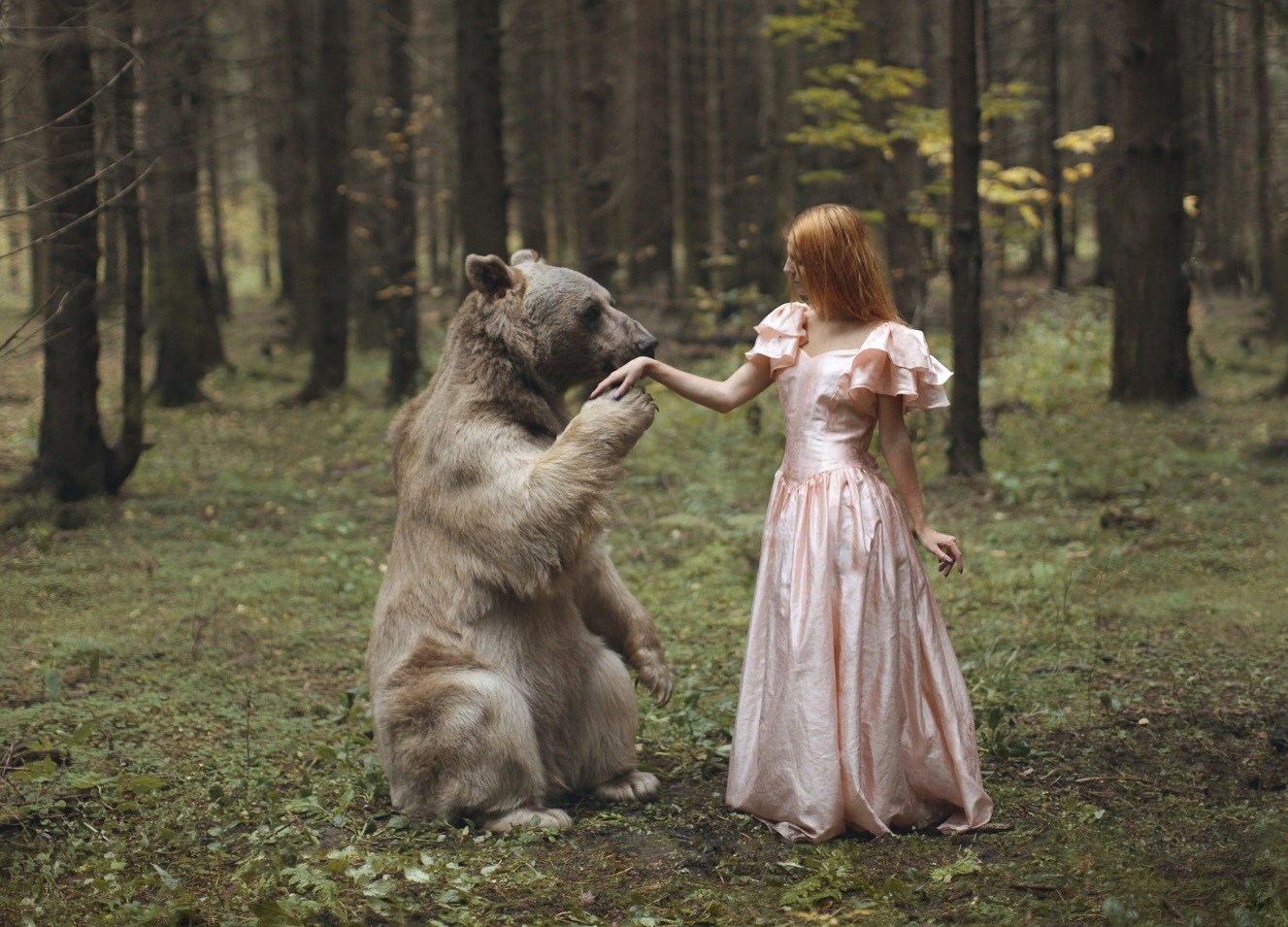 Katerina Plotnikova
Siberian legends bring together past and present, myth and reality 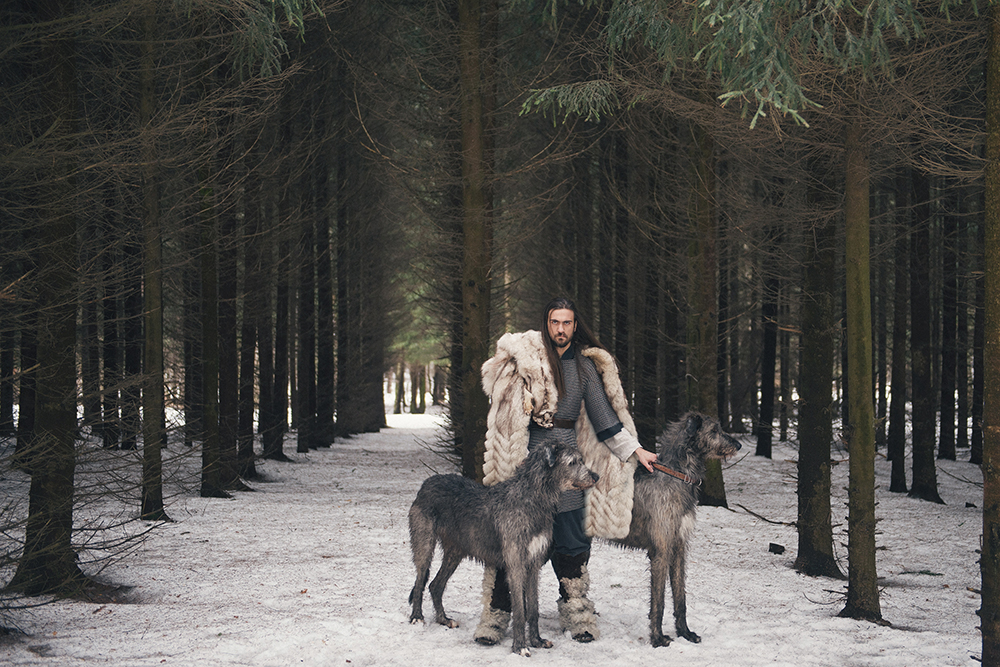 Photo credit: Olga Barantseva
Tourists who come to the Yegraki Nature Park in Krasnoyarsk Territory welcome the opportunity to spend a night at Lake Raduzhnoye. On its shore lies Sleeping Sayan, the lord of the surrounding taiga, with his gray hair taking root in the earth. Once, he was a man who kept watch over cedar trees and rivers, and never killed any deer or bears. The ancient gods decided after his death that they would never find a nobler guardian for this land, and so they turned the man into a rock, making him the eternal guardian of the mountains.

One of the mountaintops by the lake is marked by Hanging Rock – a giant boulder, barely balancing on the edge of a rocky cliff. According to legend, if the boulder is pushed and falls over the edge, it will wake Sleeping Sayan, and he will become a man again. For now, not a single traveler of the thousands who come here has had the strength to do it, and neither did the author of this article. Could it be that the stone man needs nothing but a kiss to wake him? 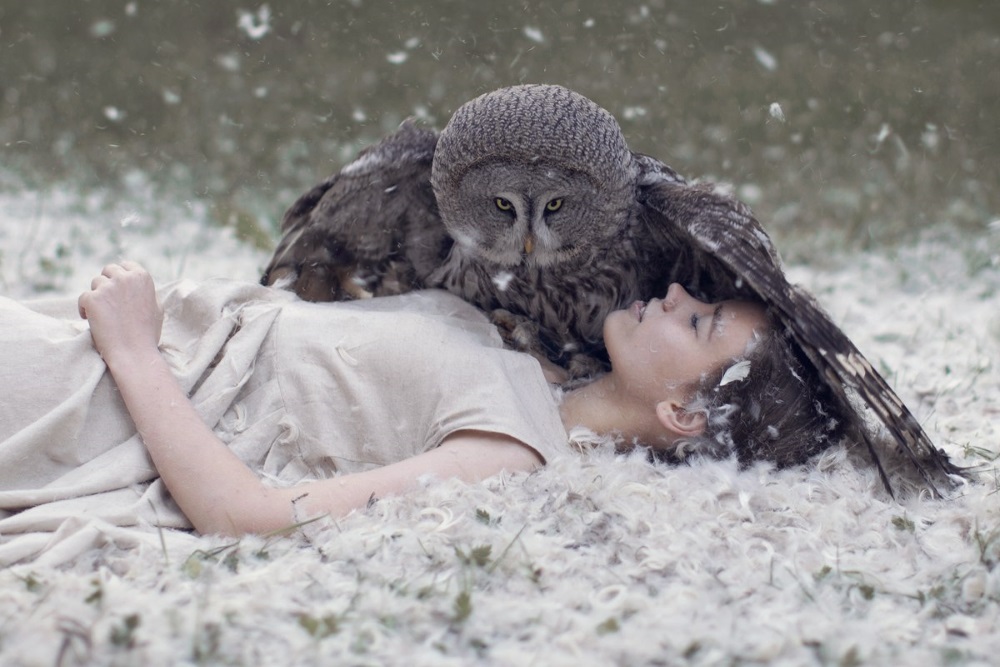 The Taimyr Peninsula in the Far North, a land of northern lights and sleighs drawn by reindeer, owes its existence to a bird. From one generation to the next, the locals have been passing on the story of how the world was created by a loon: After diving into the water, the bird resurfaced seven weeks later with a tiny stone and a pinch of soil, and fell asleep soon after. When the loon woke up, the land and the mountains were already in place and inhabited by spirits – the lords of the sky and the earth.

Unlike the tour guides of Tunguska Nature Reserve in Central Siberia, the Evenkis who live here say that there was no meteorite; what happened was the appearance of Agdy, the god of thunder, a ferocious bird with wings of steel, who came to visit his wife, the water. The Evenki deity’s visit in 1908 resulted in an earthquake with a magnitude of about 5.0, which felled every tree for dozens of kilometers around and left a dozen sinkholes up to 50 meters in diameter.

3. The legend of the master of the taiga 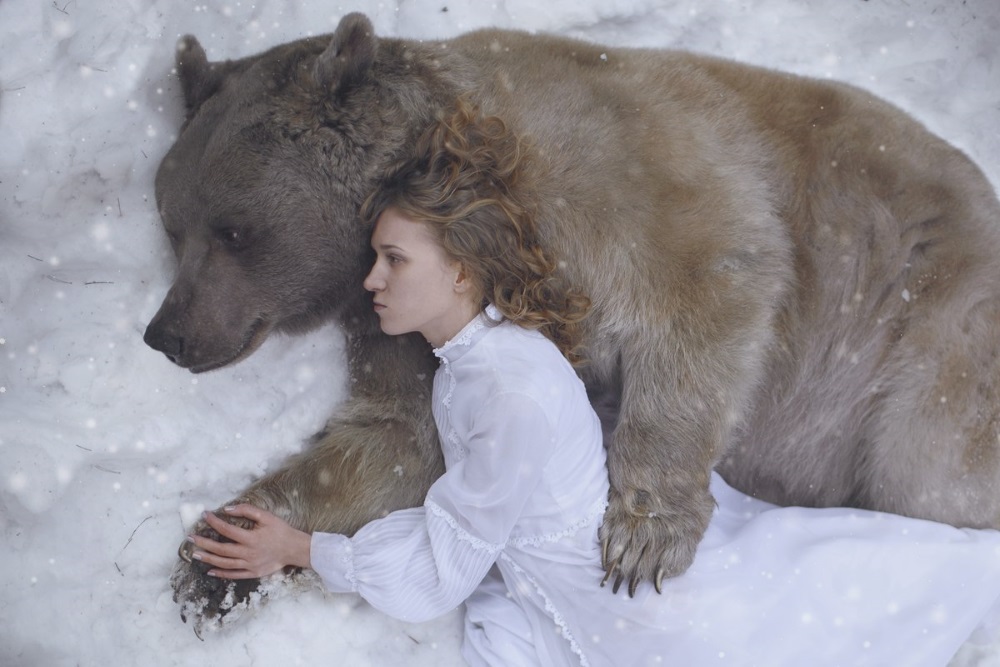 The folktales of Central Siberian indigenous peoples depict the bear as a strong beast whose wrath is to be reckoned with, in spite of its kind heart and wisdom. Evenki children adore the tale about Grandpa Amaka – that's their name for the bear – and the chipmunk.

Spring came to the taiga. The bear had spent the entire winter sleeping in his den, but the spring brought the sun, and the den started to thaw. The bear woke up. He went out into the woods, feeling very hungry, as he hadn't eaten anything all winter. The bear tried looking for food, but he couldn't find anything. So he became angry and gripped a tree stump with his paws, trying to pull it out. However, he was too weak to do it. A chipmunk jumped out from under the stump. "Amaka, why are you so angry?" "I'm starving. Do you have any food to spare?" "I can find some," replied the chipmunk and treated the bear to sweet roots and nuts from his autumn stocks. The grateful bear stroked the tiny chipmunk with his clawed paw, and that is how chipmunks got black stripes on their backs.

4. The cosmic myths of Tofalaria 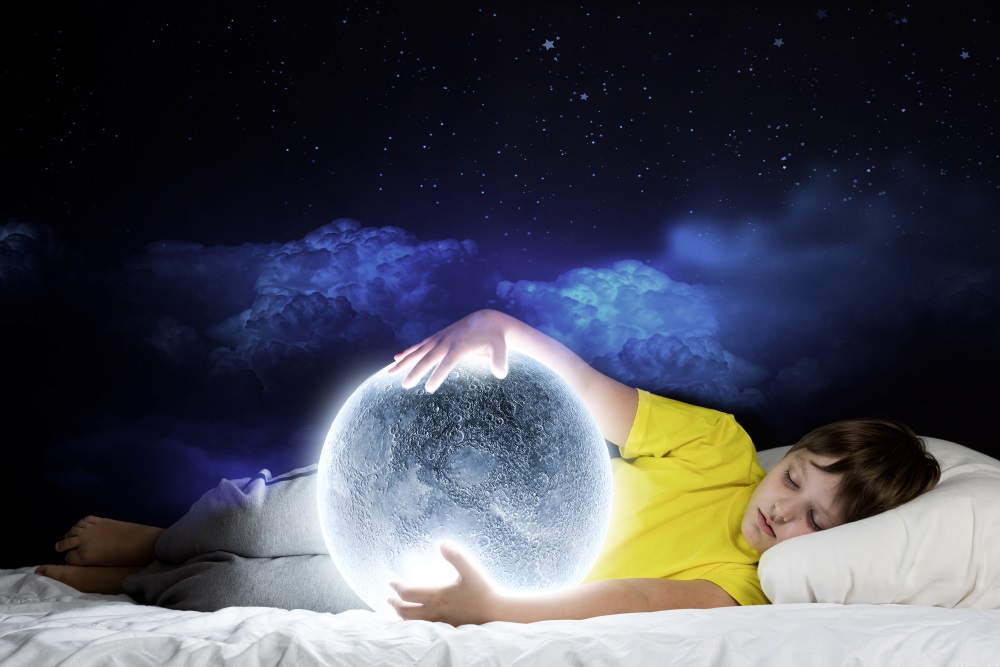 During my journey around the land of the Tofalars in the Eastern Sayan Mountains in the Irkutsk Region, I came across a book in a village school library titled Legends, Tales and Songs of Gray-Haired Sayan — a collection of the folk tales of a small taiga people, meticulously gathered over many years by scholars who deciphered audio recordings with stories told by elders — stories recorded in the 1970s and later.

I opened the book at night, when the village had already fallen asleep, and imagined that the houses were grains of gold melted together that "the white man" tried to sift through on the banks of whitewater rivers as he tried to fathom an unknown culture. I kept staring into the ink-black sky above the Sayan Mountains, trying to make out the Tofalarian Peter Pan, an orphan from the moon. Well, either that or the DreamWorks Animation logo:

A long time ago, in the time of fairy-tales and legends, a family of five lived in a chum. The head of the family adopted an orphaned boy. The boy started living in their chum. One evening, the wife sent the boy to fetch some water. Grabbing a birch-bark bucket and a cauldron, he ran to the river. On the ice the boy met chil-baga, a werewolf witch, who captured him. Ever since, there has been an image of a human figure on the moon. He holds a birch-bark bucket in one hand, and a cauldron in the other.

This is how people of the taiga attempted to explain the Universe: The Tofalarian tale “The Three Malaruhats” is dedicated to the constellation of Orion, while "The Seven Bloods" is about the Great Bear.

5. Tales of the 21st century tundra 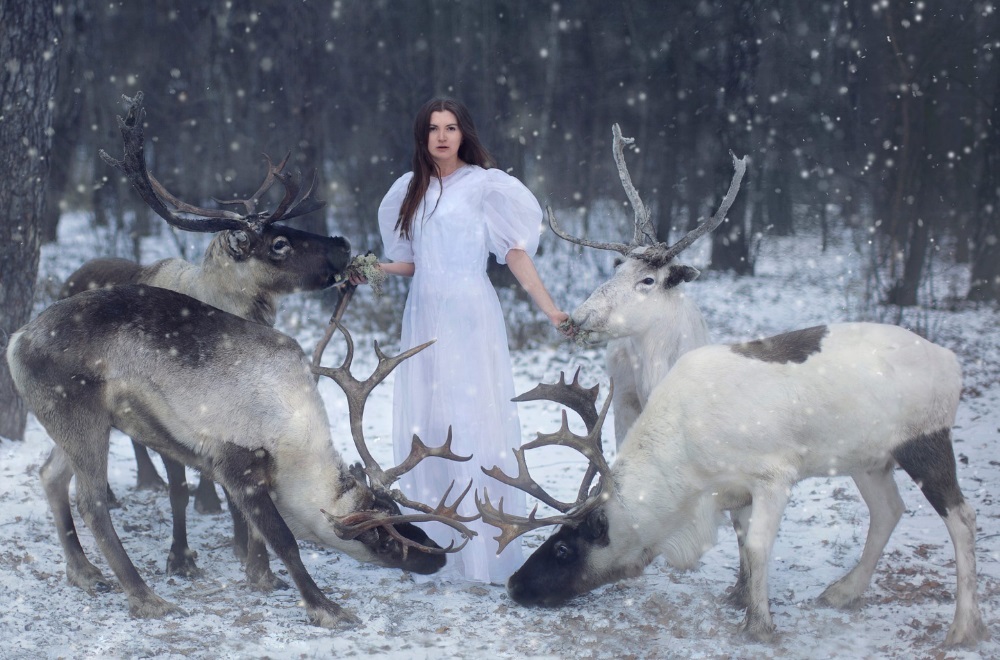 Modern tales deal not only with the social and environmental issues faced by indigenous peoples, but also with the challenges of tourism: Making your way to authentic chums in the tundra is no easy task.

Nenets author Anna Nerkagi from Yamal was put forward for the Nobel Prize by Ural Federal University. In her books, she writes about life in the tundra and the Nenets culture, balancing on the border between mythology and literature:

"As you tread on the land, you can read its tragedy like a book. There are fewer and fewer chums on the shores of our native river and lakes. The shores of our native river and lakes are being abandoned, orphaned. The lakes cry out, the rivers languish and smaller creeks die away [...] Gloom and silence have made their home among the hills. Hearths no longer warm the breast of our native land. Many chums have fallen, never to rise again. But we, the ones who have stayed, do all we can. We love, we create and we uplift."