Why Russians want to live in Krasnodar 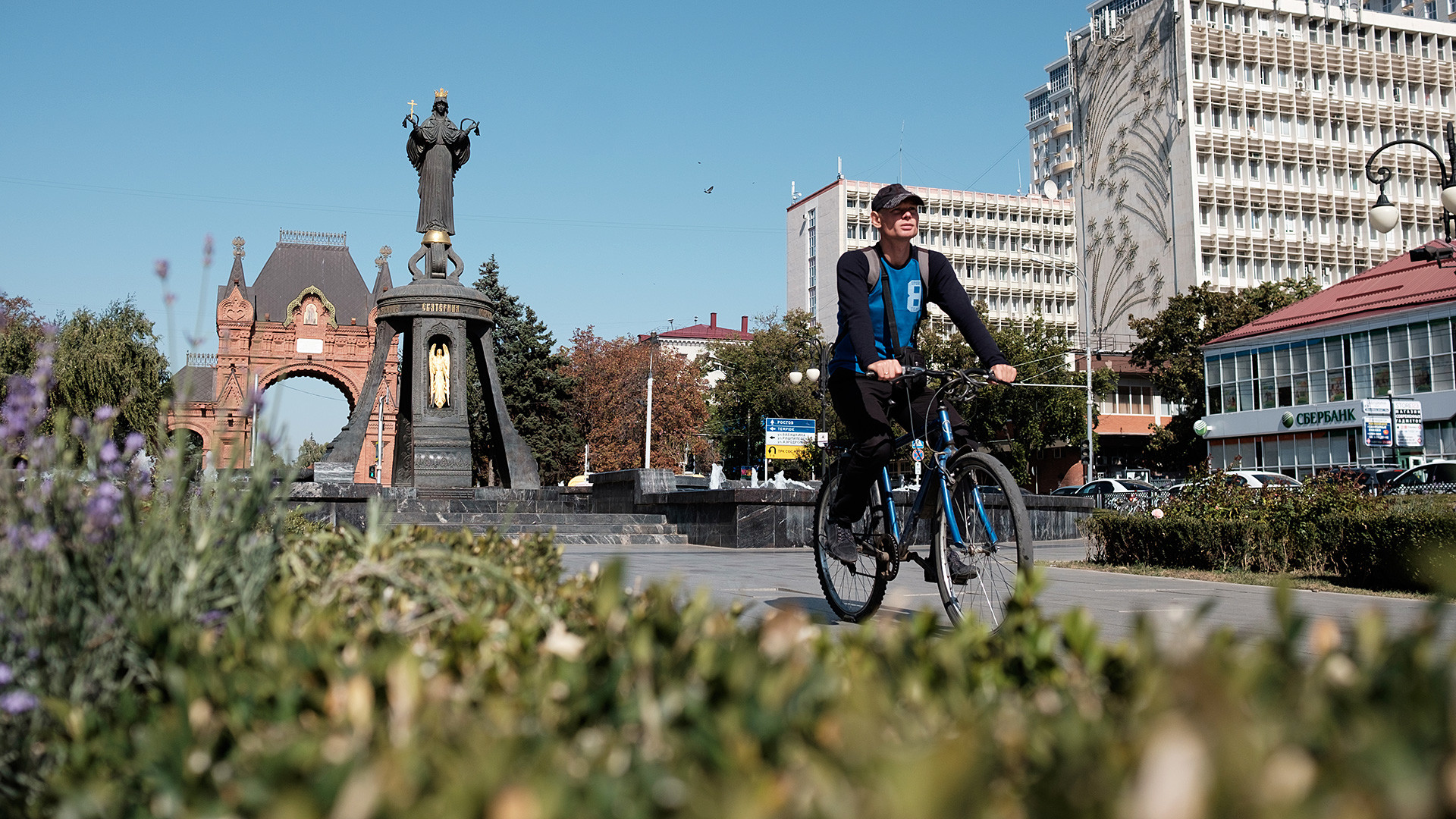 Nikolai Khizhniak
It’s one of the country’s fastest growing cities, residents enjoy a high standard of living, and it’s very green: Krasnodar has much to offer both tourists and those who live there. As one of Russia’s southern capitals - alongside Rostov-on-Don - it is beautiful and has a warm climate. Russia Beyond brings you 10 of Krasnodar’s most interesting spots to visit. 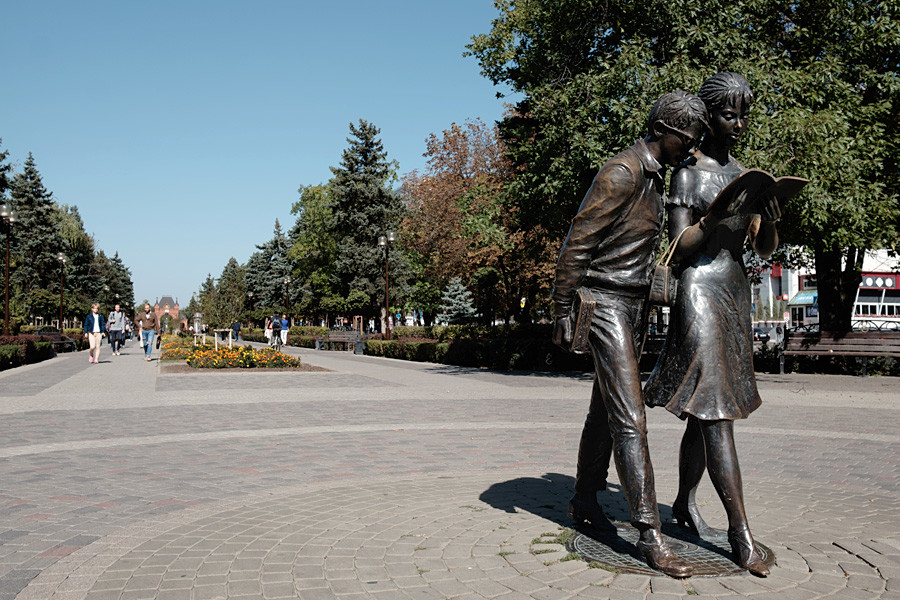 This is the main stretch in Krasnodar. It’s packed with shops, cafes, and restaurants. Every weekend part of the street becomes a pedestrian zone - no cars! Colorful Cossack parades are also sometimes held here.

2. The ‘Singing Fountain’ in Teatralnaya Square 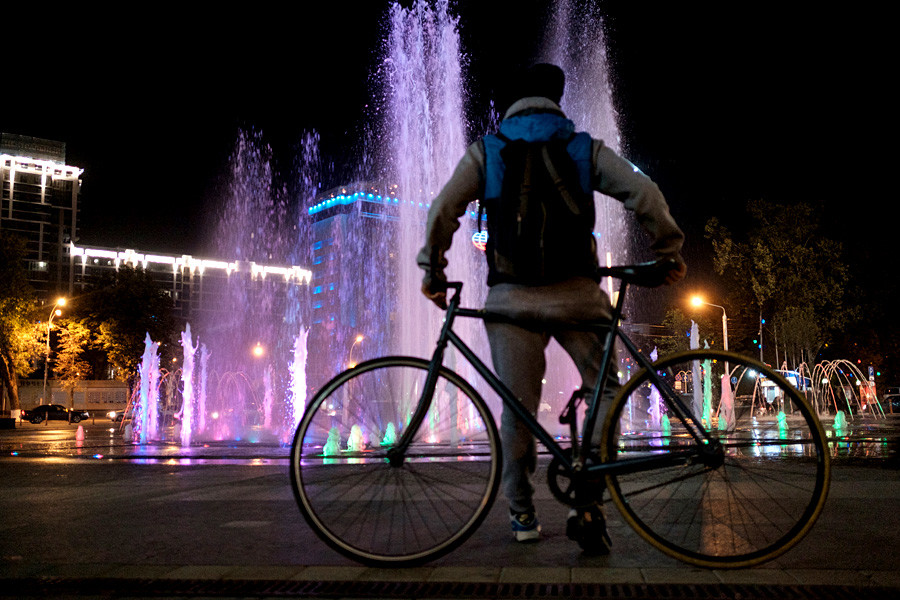 The “Singing Fountain,” the largest fountain in the city, shoots water straight from the ground - so if the fountain is turned off you may not know you are standing right on it: Be careful if it’s suddenly turned on! Classical music is played as the water spurts into the air. 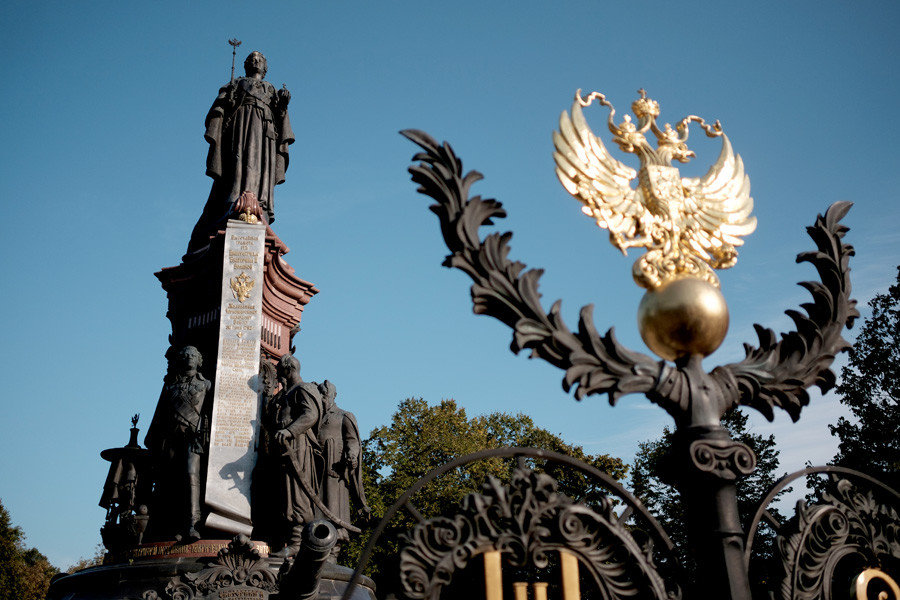 Russian Empress Catherine II is the undoubted founder of the city. In 1792, she gave Kuban territory to local Cossacks. The following year they established their own city and called it Yekaterinodar, which means “A gift of Yekaterina (Catherine)” in Russian. The first monument was opened in 1907 but didn’t last long - it was destroyed shortly after Revolution in 1920. Another monument was unveiled in 2006.

4. The Cathedral of St. Catherine on Kommunarov St. 52 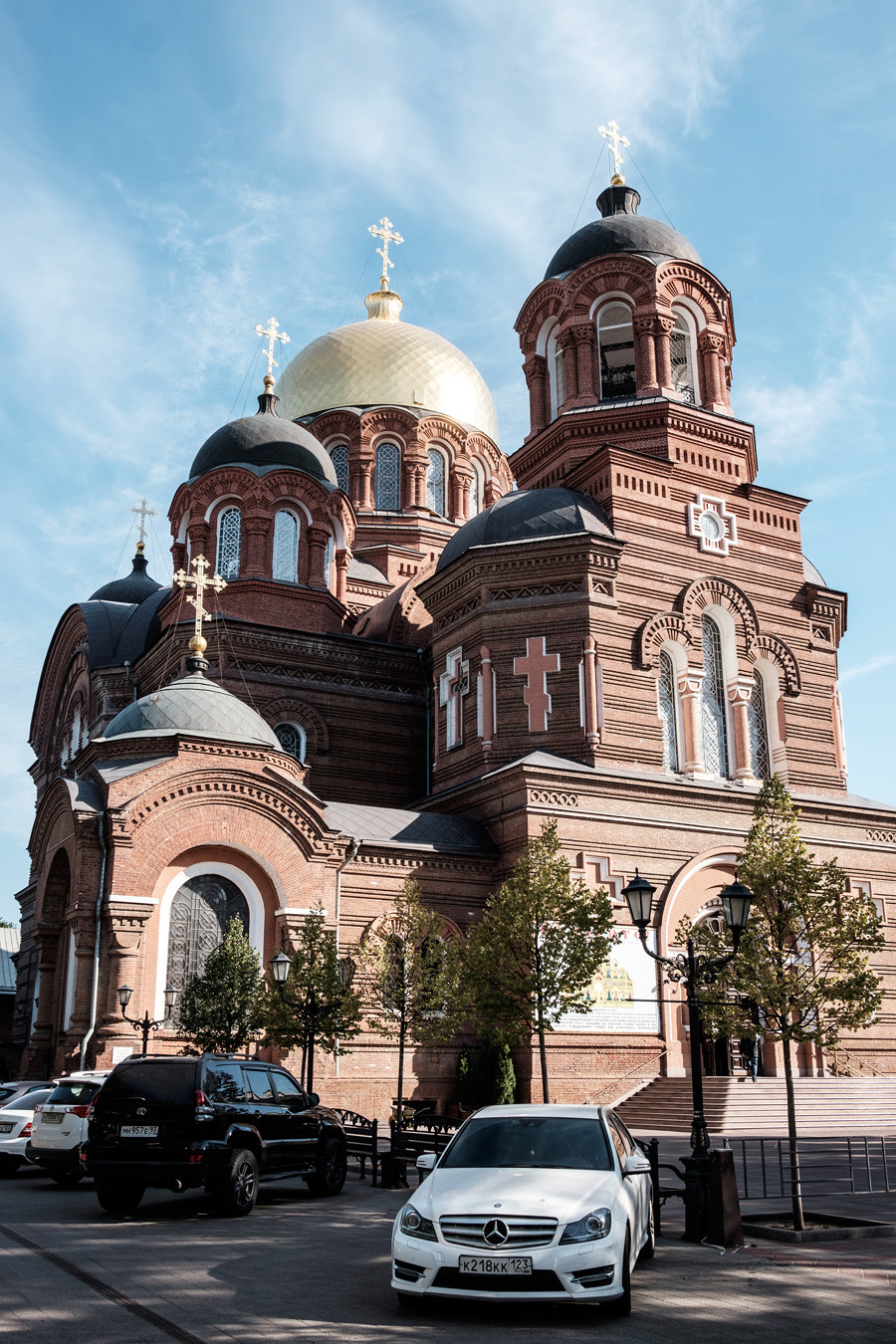 The Cathedral of St. Catherine is the main religious building in the city, and the entire Kuban Region. It’s also one of the largest cathedrals in Russia and was built a year after Tsar Emperor Alexander III’s terrifying train accident on Oct. 17, 1888 - to honor the "miracle" that plucked the royal family from the grasp of death. The cathedral was opened in 1914.

5. The Samson Museum of Bodybuilding on Krasnaya St. 129 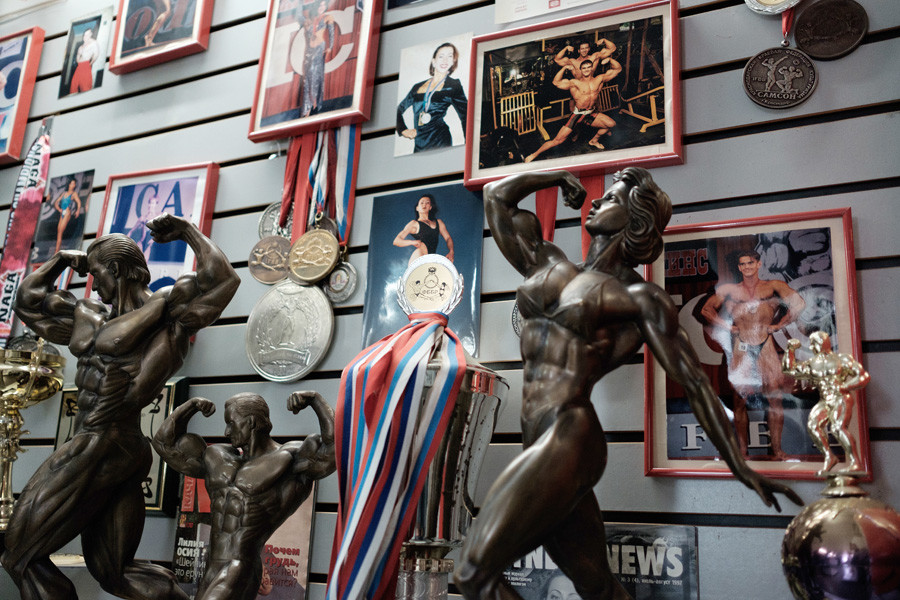 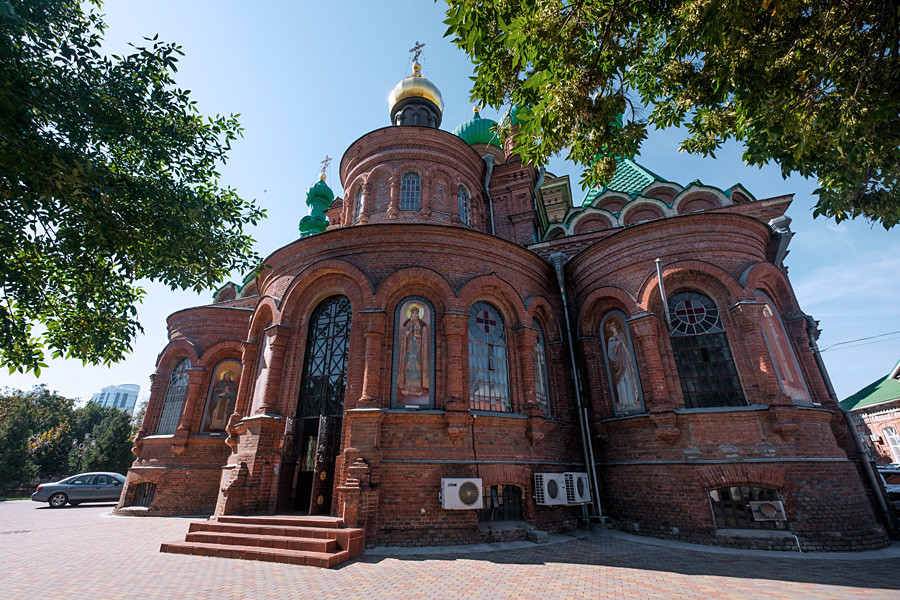 Like the Cathedral of St. Catherine, Trinity Cathedral was also built to praise the fact the royal family survived the train crash. This is one of the most beautiful religious buildings in Kuban. 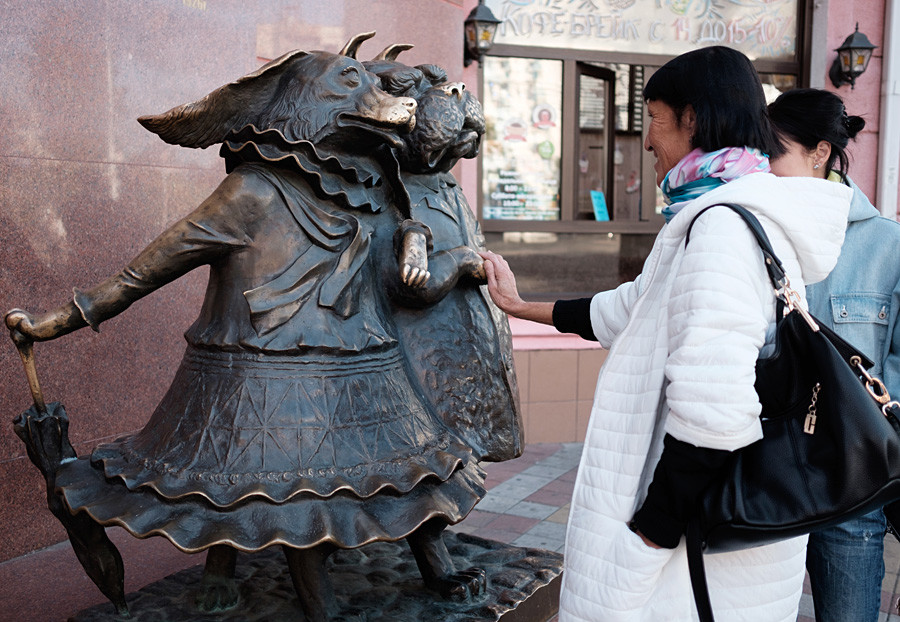 Stick to the main street in Krasnodar and you can’t miss this unusual monument to two little dogs. Unveiled in 2007, it’s a popular spot to meet and people often rub the dogs’ noses for luck.

8. Concert Hall of the Kuban Cossack Choir on Krasnaya St. 5 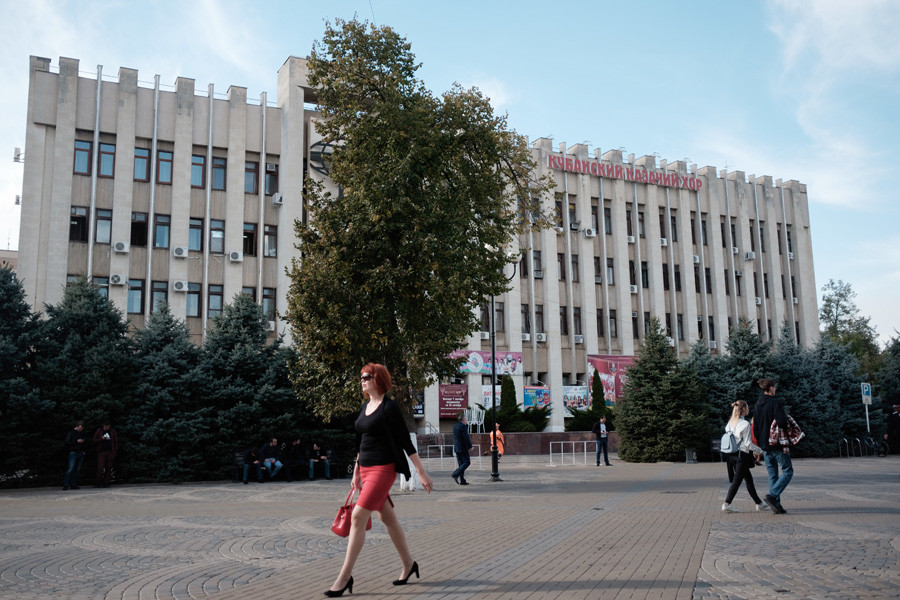 Krasnodar is not only the capital of the Kuban Region, but also a main city for the Kuban Cossacks. To enjoy real Cossack singing and dance you should visit the Concert Hall of the Kuban Cossack Choir, where events are held on a regular basis. You’ll also be able to catch foreign pop stars here as well. 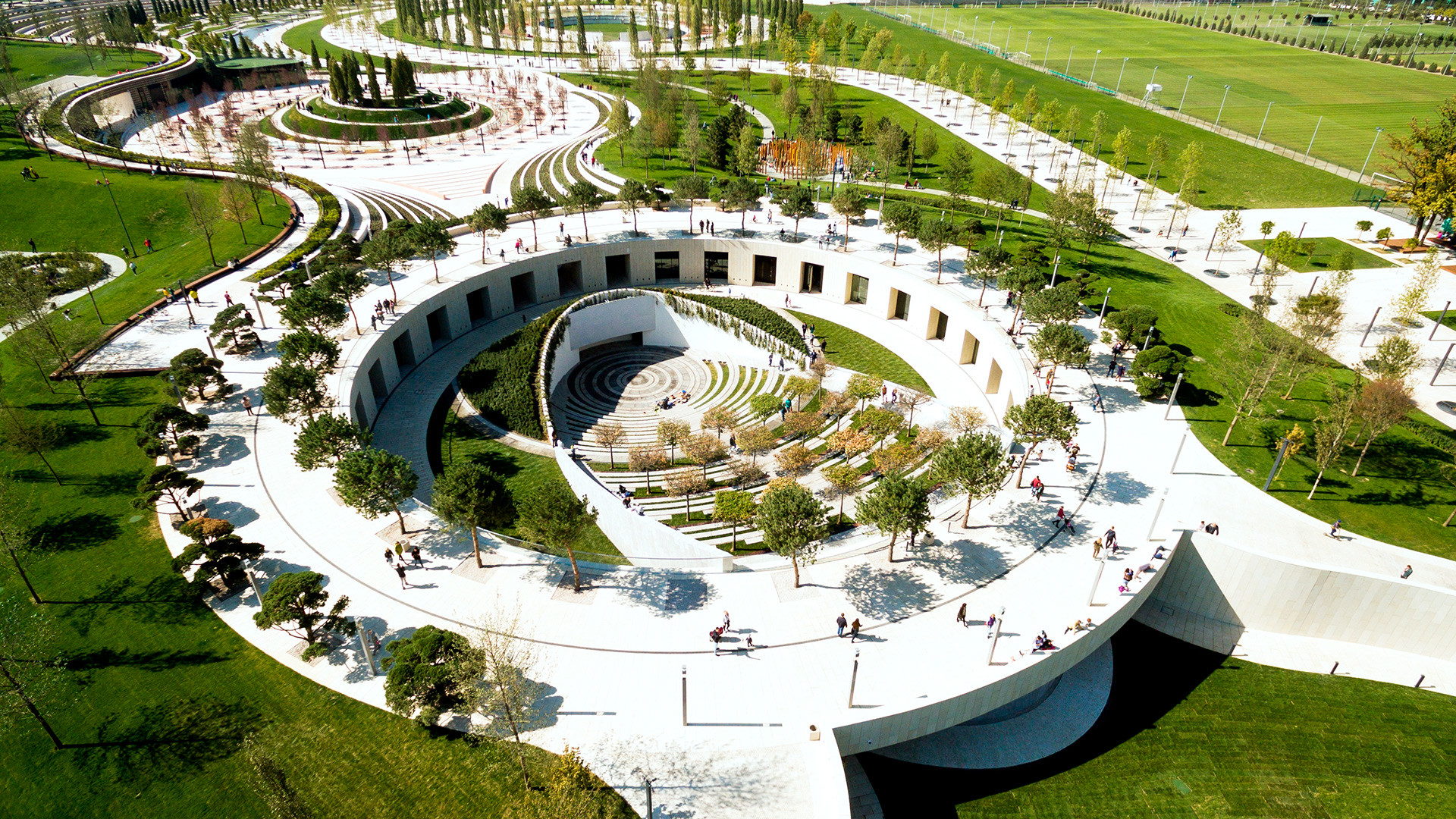 The city’s newest park was opened on Sept. 28 near Krasnodar Stadium. The huge 22-hectare space has 30 thematic zones including a summer amphitheater, observation deck, water and musical labyrinths, and a fountain that becomes an ice rink in winter. 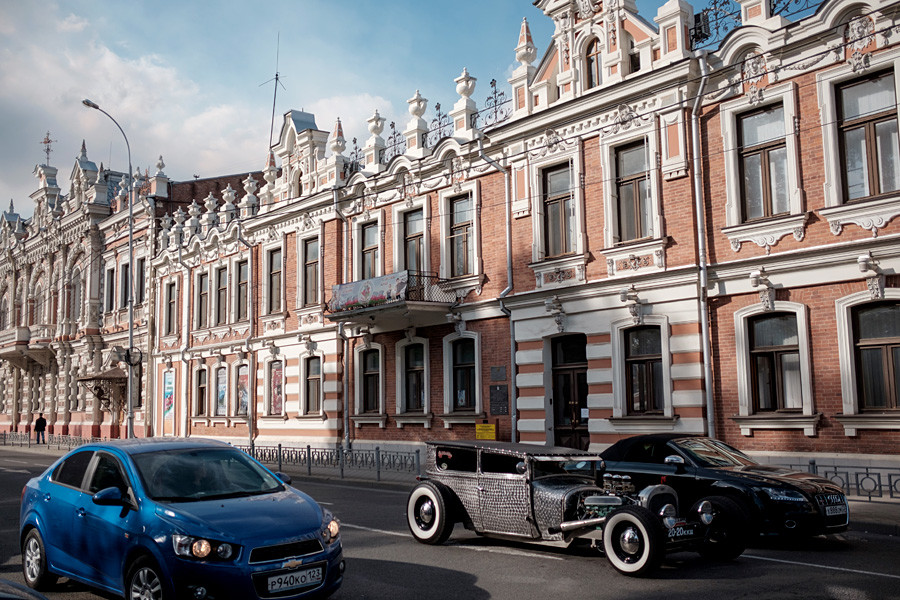 One of the most beautiful buildings in the city was built in 1901 by three merchant brothers – the Bogarsukovs. For many years it was a cultural hub of the Kuban capital, hosting theater performances, charity events, and balls. Today the building is occupied by the Krasnodar's Felitsyn State Historical and Reserve Museum that offers visitors huge exhibitions about the history of the Kuban Region and local Cossacks.