Top 5 most dangerous Russian roads you should definitely avoid 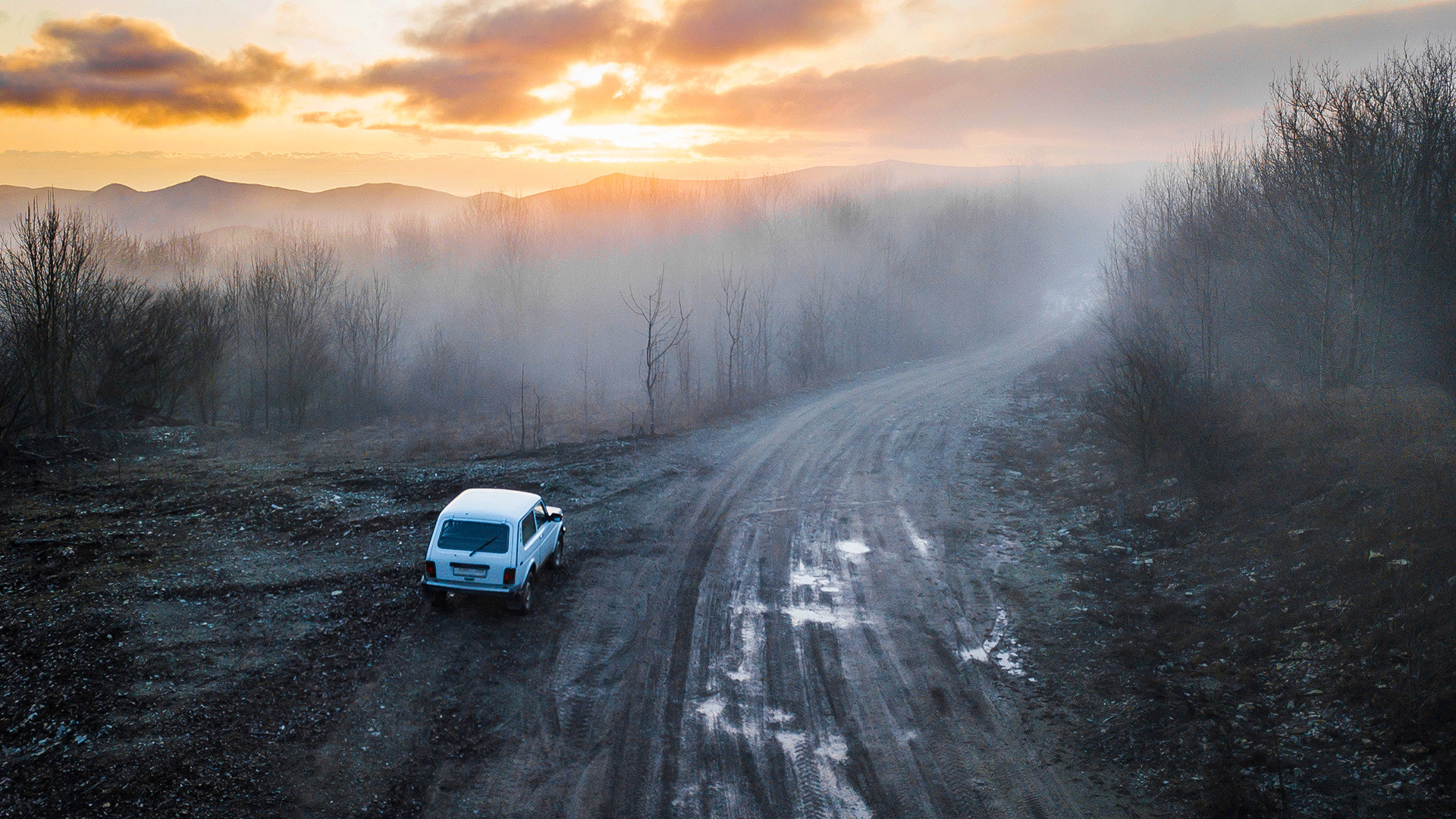 Getty Images
Travelling these roads you risk finding yourself under rock slides, falling down from a high fenceless bridge, or stuck frozen in the middle of nowhere surrounded by wild animals. 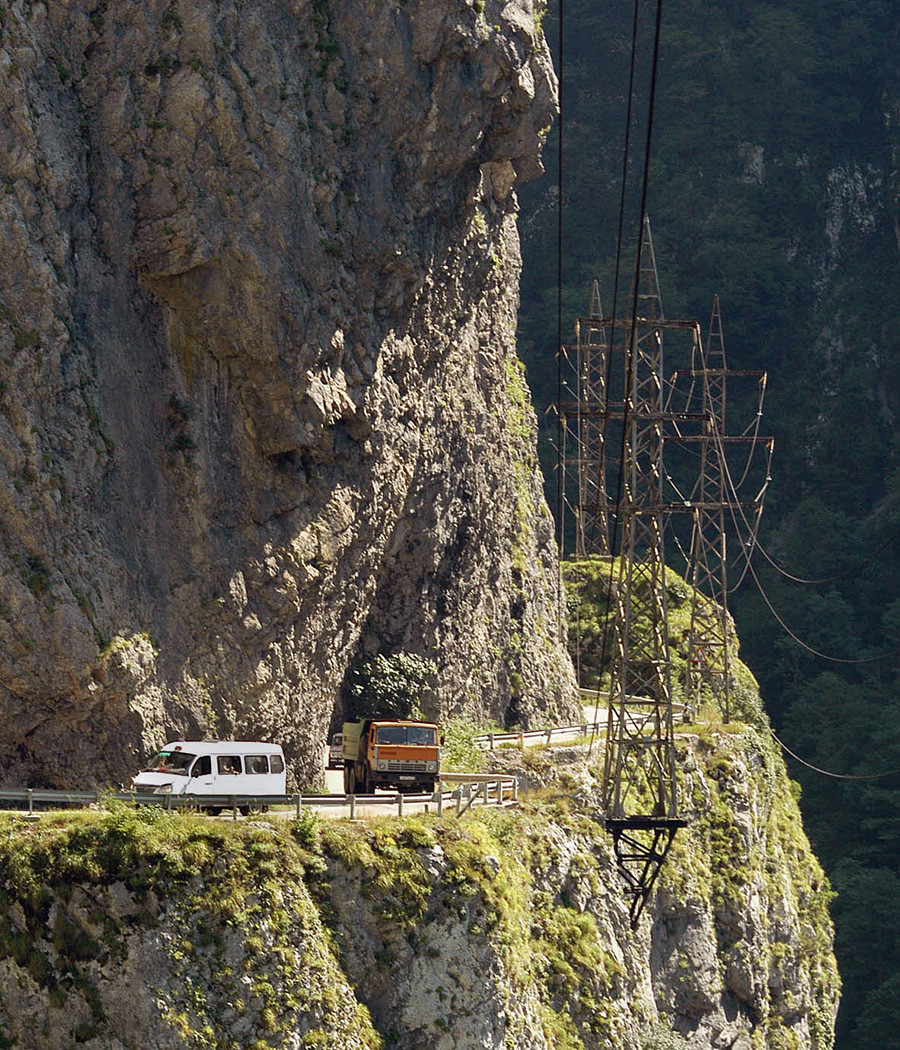 Before the new Akhtsu tunnel was opened between the city of Adler and the urban settlement of Krasnaya Polyana back in 2005, people were forced to use an old dangerous mountain road. Built in the 19th century, the road was actively used for the whole of the 20th century.

It is teeming with zigzags and permanent rock slides. One of the road’s most dangerous sections was commonly known as “God, if only it turns out all right!” The road is full of memorials to accident victims, and even to dozens of Red Army soldiers who were executed here by the Whites during the Civil War in Russia (1917-1922).

Nowadays, the road is closed to traffic and its entrances are guarded, but extreme bikers and thrill-seekers still manage to reach it. 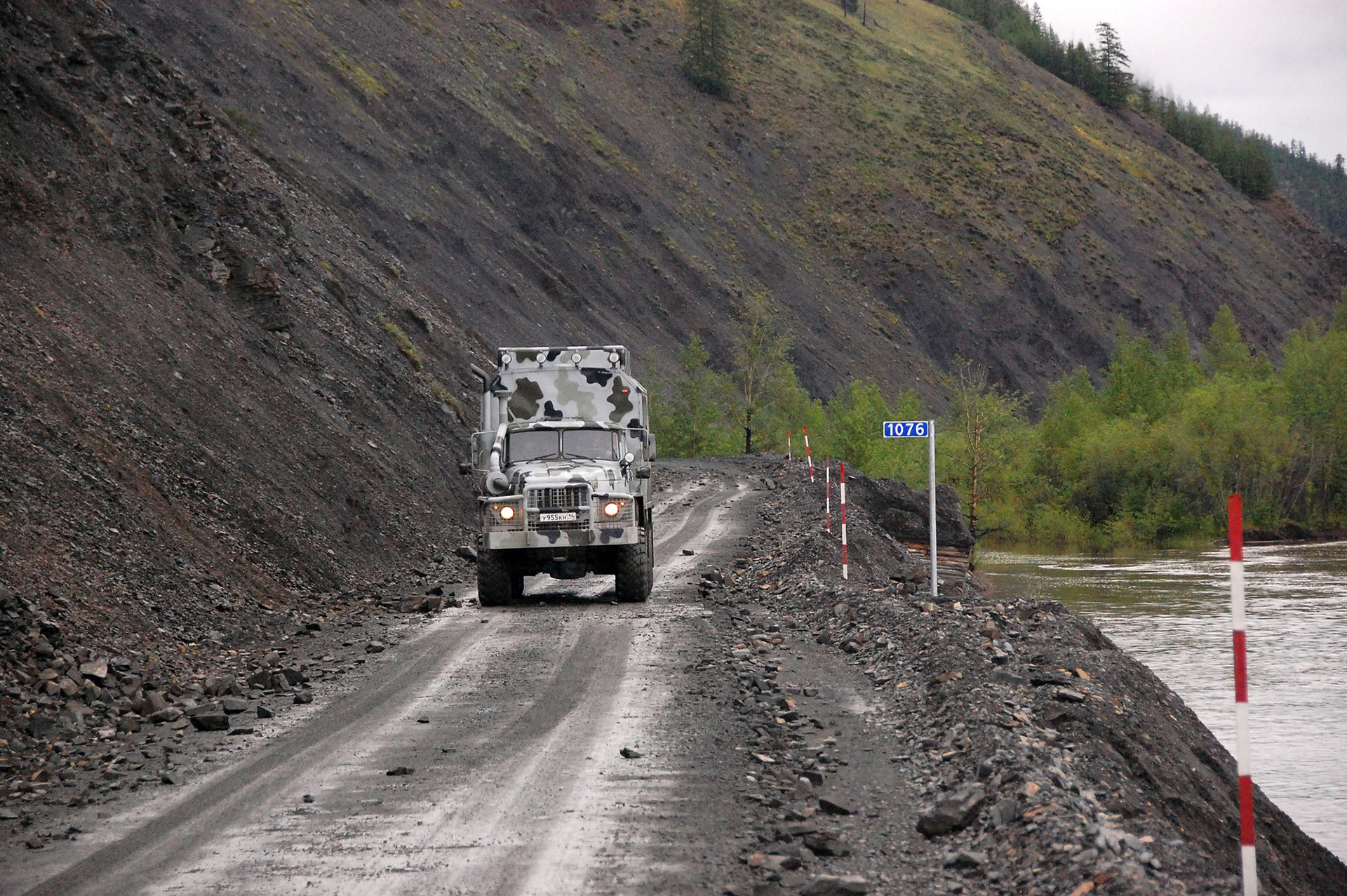 One of the main roads in the Russian Far East, the 2,032 km long Kolyma Highway connects the cities of Magadan and Yakutsk. Although road workers try to keep it in a satisfactory condition, Kolyma is still full of dangers. Numerous sharp stones slash tires and dust from the moving cars reduces visibility to near zero.

The road is occasionally flooded by rivers, which completely paralyzes the traffic. During winter time, the temperature drops to minus 60 degrees. And a frozen, lonely traveler in a broken-down car right in the middle of nowhere on the empty R504 highway is the perfect meal for the wild animals living around…

The auto backup of the 3,819 km long railway line in Eastern Siberia and the Russian Far East runs parallel to it. This is a dirt and gravel road that sometimes is bisected by swamps and rivers. It does, however, have bridges over the larger rivers.

One of the best known among them is the bridge over the Vitim river. It is 560 meters long and has absolutely no fences. Trucks that travel on this narrow bridge with permanently shaking beams under them risk any second falling down into the river from a height of 15 meters.

The Vitim bridge is not even officially opened, but has been used for years. 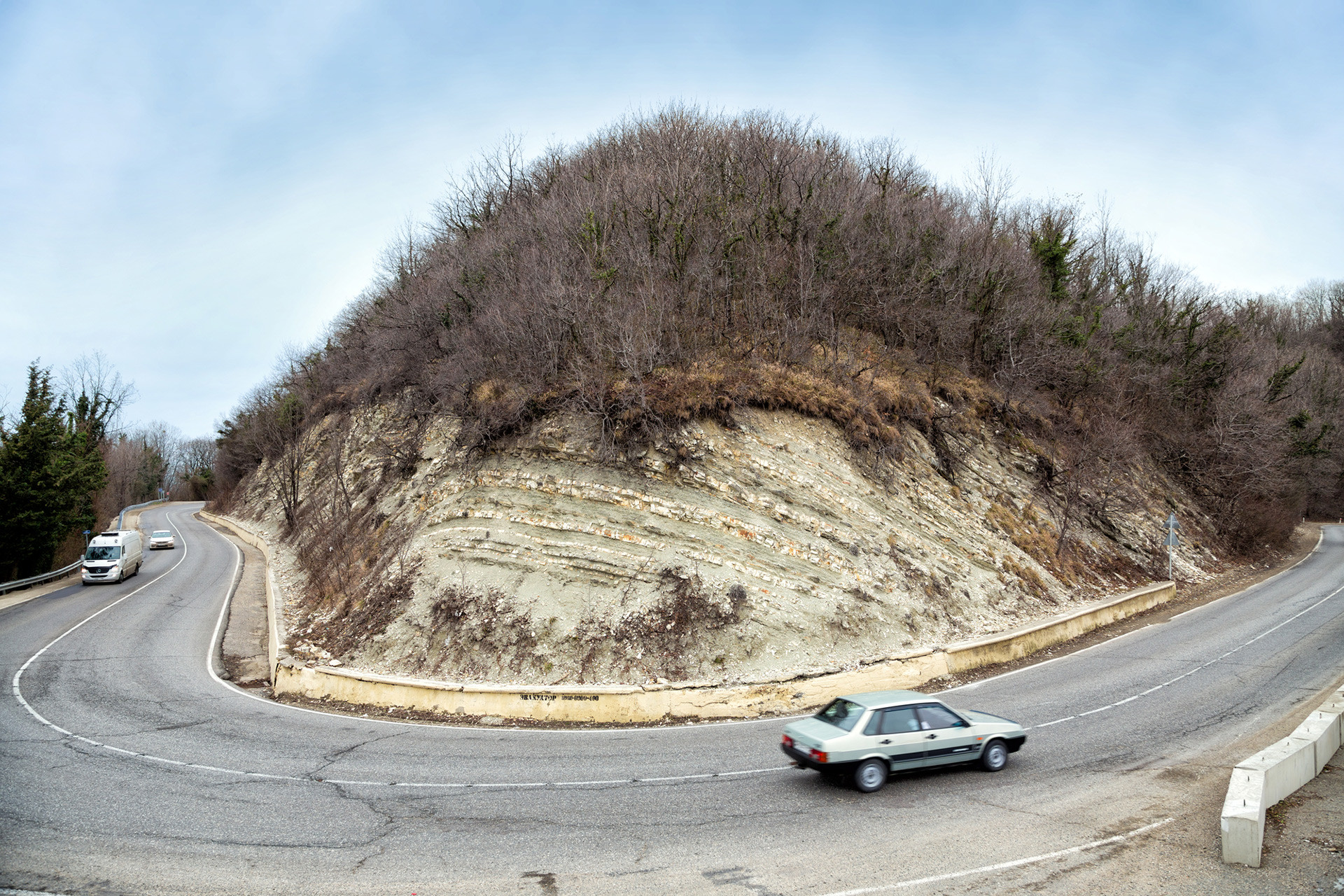 Located in the Republic of Dagestan, this mountain road connects the villages of Akhty and Knhov. Drivers say they sometimes are forced to ride on this “road of death” under endless streams of rocks.

The road is especially dangerous after rains that make it extremely slippery. That significantly increases the chances of cars  going over the cliff edge of this narrow hairpinned road. 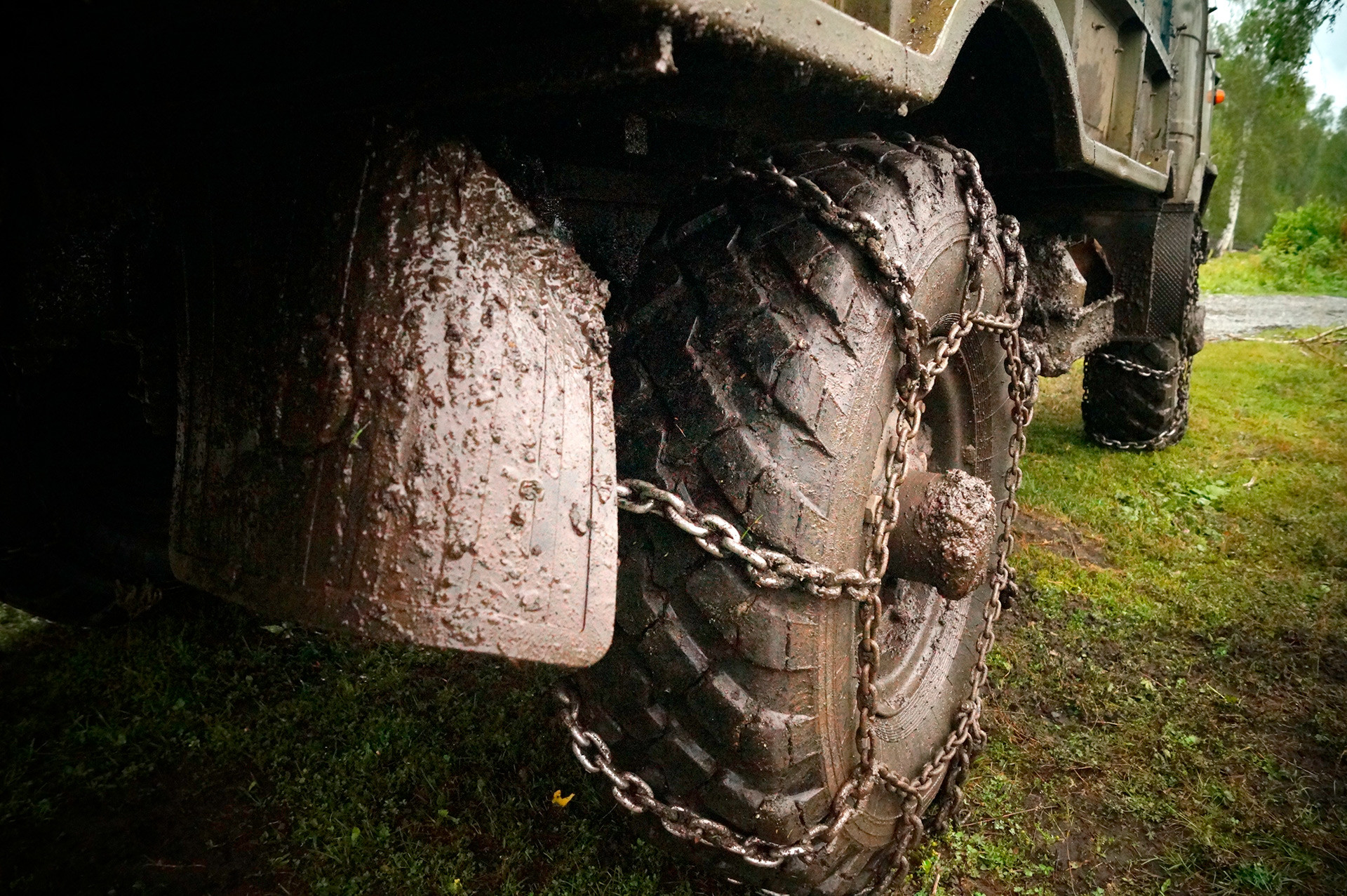 The road to Mount Ai-Petri in southern Crimea is a part of the Yalta-Bakhchisaray highway, and the most dangerous part at that. The 23 km route from Yalta to the mountain plateau contains no fewer than 280 turns.

The road is often closed during the winter months to all kinds of transport, except for off-roaders with studded tires and snow chains.

Here you can find out how to get a driver’s license in Russia, if you are ready to travel across its vast territories by car.