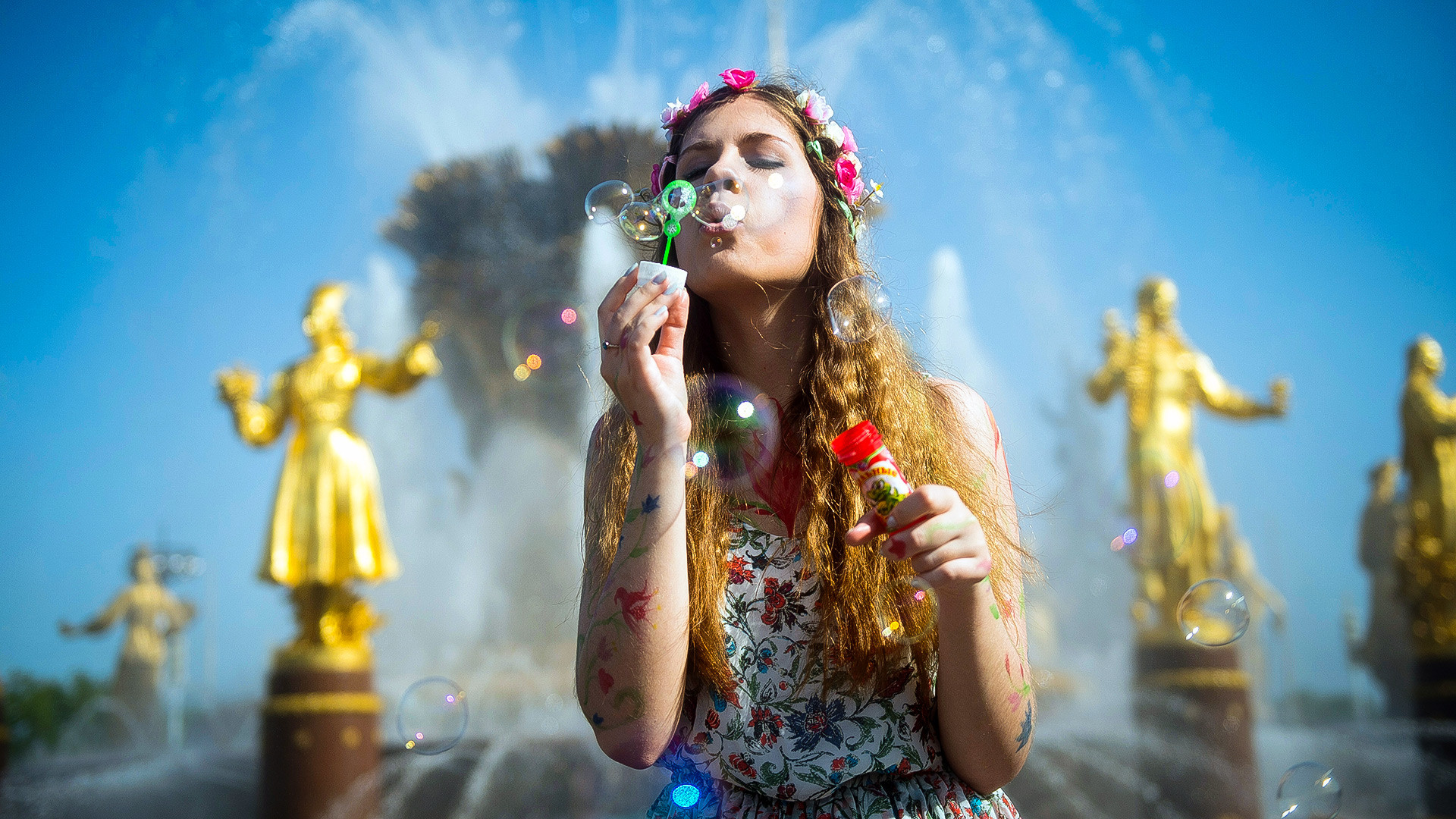 AFP
Russia has many sides to it, so it can be tricky finding the true picture. These 10 shutterbugs are here to help.

Professional traveler Sazanovich’s account of Russian nature is enticingly introspective. From her preferred location of Siberia, she frames the stark simplicity of the landscapes she encounters. This is usually done by capturing no more than two adjacent colors at once, highlighting the harsh yet reflective Far Eastern characteristics of her photography. In other words, letting Russian nature speak for itself. Half these snaps would make amazing album cover art, too.

Taking heed from the oft-unnoticed bare urban backdrops in Moscow, Palchenkov cleverly documents the intimate interdependence between light and shadow. His secret? The “Freezelight” function that Palchenkov himself invented, which allows cameras to capture light as they move. The result is a noticeably nostalgic element to scenery that might otherwise be seen as eldritch.

Inspired by the brutality of architecture and the empty spaces it leaves behind, accomplished photographer Rozanov lays bare every right angle and archway from Russia’s past and present. In doing so, he reveals the raw might of each construction in its truest form, showing a side to the country that posits its columns and rooftops as protagonists and in turn brings an unforeseen tranquility to urban Russia.

This Orenburg-based (1500km southeast of Moscow) street photographer documents everyday life in his city, warts and all. With a particular fascination for faces, Mamedzade spells out all the emotions involved in the transformations of modern-day life, from high spirits to heartache, vogue to vulnerability.

Beyond Siberia’s treachery and mysticism lies actual civilization, brought to light, perhaps better than anyone, by Yakutian photographer Alex Vasyliev. His portraits of multicultural life 5000km east of Moscow are heartfelt, cheerful, and stirring, with their seeming objectivity mitigated only by the somber, sterile twinge that hangs lightly over the images.

One of the driving forces behind the Everyday Russia account, Gulyaev lives an on-the-go lifestyle to bring you the many sides of the vast Russian landscape. Specializing in portraiture, he has a knack for personifying iconic objects in the Russian diorama (whether it’s churches, high-rises or flowers), and allowing them to bring a certain character to the fore.

This St. Petersburg native’s account is one of a kind, focusing on the artist’s obscure fascination with historic apartments in Russia’s cultural capital. Such is the nature of Maxim’s photography that even the most derelict flats have a distinctly lived-in feel to them, be that through a sixth sense or the obvious character of the architecture’s nooks and crannies. The photos are a unique and palpably immersive window into Russian history.

This anonymous black-and-white photo documentary is an ode to the Russian capital’s peculiar compatibility with somber hues. While the filtering gives the pictures a perhaps misleading sense of antiquity, it can also be looked at as a distinctly fresh angle to Russian modernity that draws a line somewhere between an inviting emptiness and ominous dystopianism.

If you’d rather see Moscow in color, this is the account for you. In fact, Trofimova’s photography is an unabashed celebration of color in Russian life, encapsulating breathtaking shades of orange sunlight and sky blue to portray a city which, when looked at from a summer’s perspective, is bursting with energy and light; a certain mood-lifter.

Doing my best to think pink, but I miss that “Old man” mural so much... This makes me so sad to see this empty wall every day 😔 #ohmymoscow #ohmymoscowstreetart #onedaymoscow #moscowmoscow #moscowdaily #moscowstreet #theweekoninstagram

Not only does this Vladikavkaz-based (1,700 km south of Moscow) boast some of the best nature photographs on Instagram, but he also claims to have snapped them all on his iPhone.

Butayev’s picturesque account charts his travels across his native North Ossetia, a North Caucasus region known for its spectacular rivers, waterfalls, and mountainous terrain. If you’re in need of something spectacular to satisfy your wanderlust cravings, look no further.

City of the Dead. Even now this place is still shrouded in mystery. 🌫#exploringossetia #dargavs